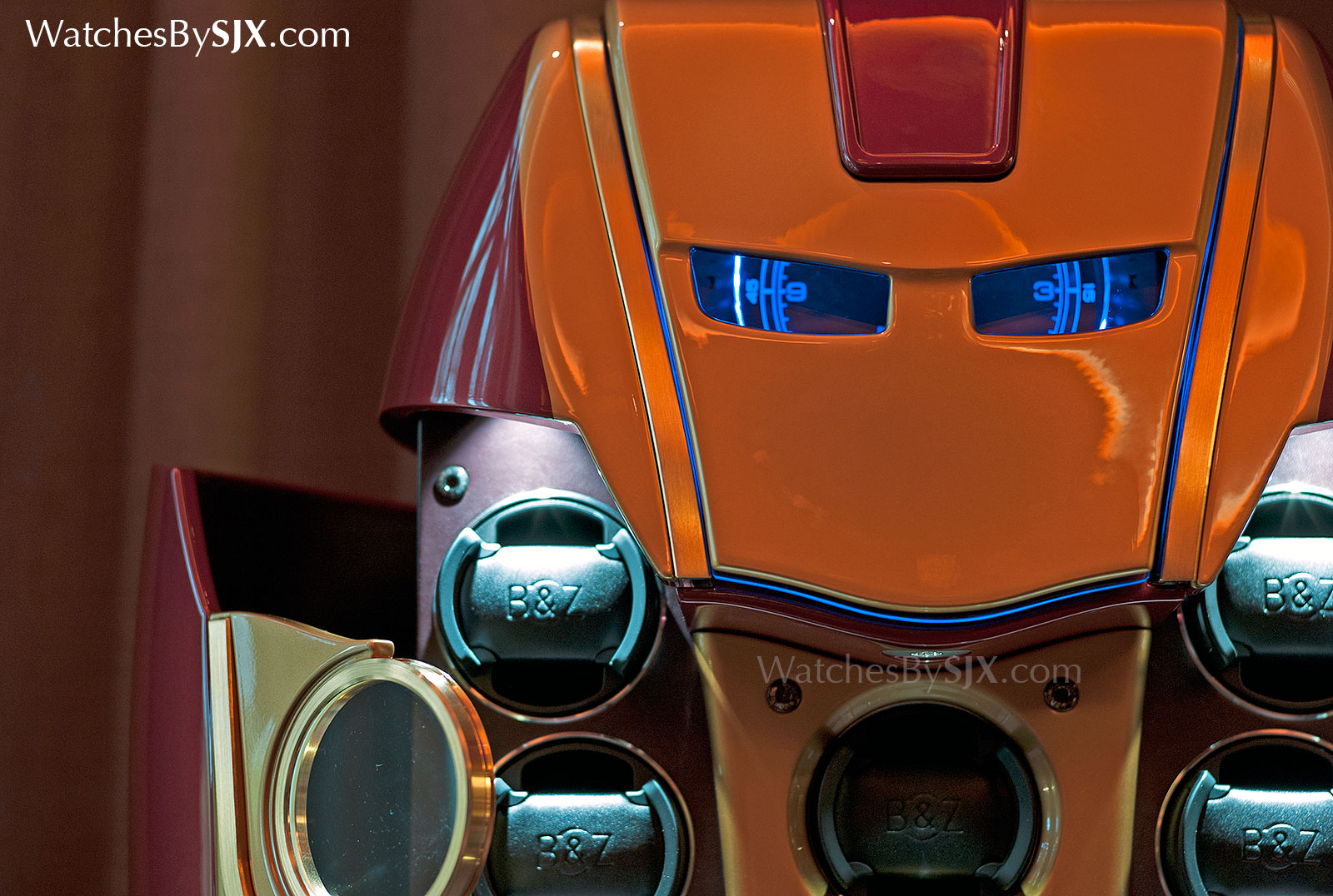 Buben & Zorweg recently completed the one of a kind Mark IV, a watch winder with a built-in mechanical clock, inspired by the Mark IV suit from Iron Man 2. Located in central Austria, Buben & Zorweg specialises in watch winders and cases that range from the elaborate to the extravagant. Its latest is the Mark IV, a winder for six watches with an eight-day clock that takes its cues from the Mark IV suit from the film Iron Man 2. Painted in the distinctive red and gold livery of Iron Man, the Mark IV winder has a wood and aluminium frame, with steel panels on the side. The twin panels on the front open slowly outwards automatically, while the topmost wood lid has to be raised manually to reveal a clock that’s hand-wound with an eight day power reserve. Blue LED strips on the inside light up the clock, while the winders are lit by small white LEDs. Unlike Tony Stark, the Mark IV requires a power socket to function. Like other Buben & Zorweg products, the Mark IV is finished with multiple layers of glossy paint similar to that used for high-end automobiles. It takes 14 coats of paint and polishing by hand to complete the Mark IV. Weighing some 26kg, the Mark IV is a unique piece, and intended to be the first in a series of winders inspired Iron Man. Other superhero-themed winders are also in the pipeline. Available only at Buben & Zorweg’s Singapore store, the Mark IV is priced at S$100,000 before taxes, including the custom made stand. That’s equivalent to about US$74,000. Ruben & Zorweg Singapore can be reached here.