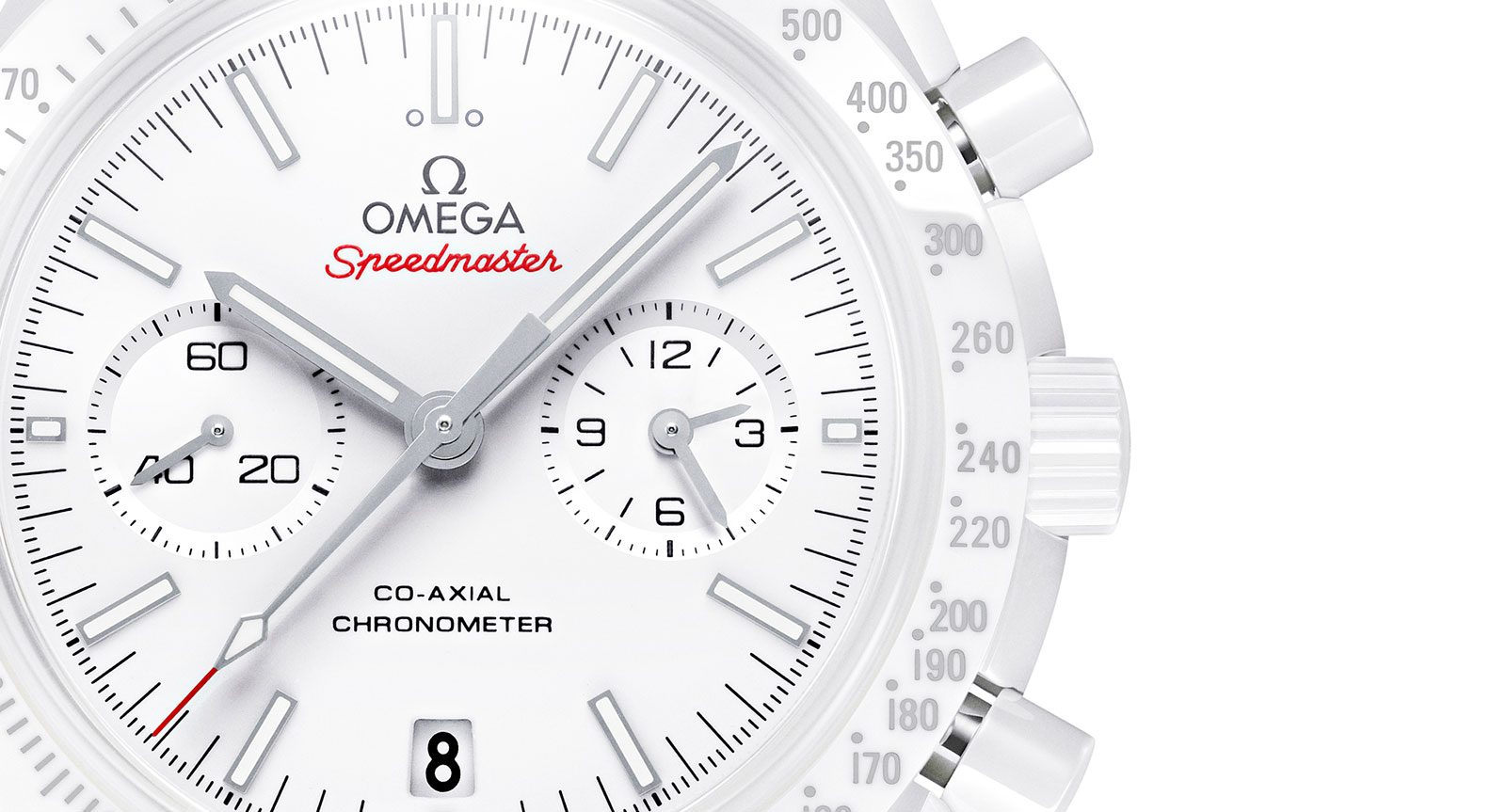 Having been a commercial success, the Dark Side Of The Moon collection has grown significantly at Baselworld 2015, and now includes four more variations of the original, as well as the new White Side Of The Moon. Omega essentially changed of the chemical formula for the zirconium, making the entire watch white.

While not the most creative thing to do, the White Side Of The Moon follows on the heels of bestselling white sports watches from the likes of Audemars Piguet and Richard Mille, who together made the white watch acceptable for men, where Chanel made it popular with women.

Colour aside the White Side Of The Moon is identical to its black sibling, with the calibre 9300 inside. It’s Omega’s fanciest chronograph movement with all the bells and whistles the brand can bring to bear, including a silicon hairspring and Co-Axial escapement.