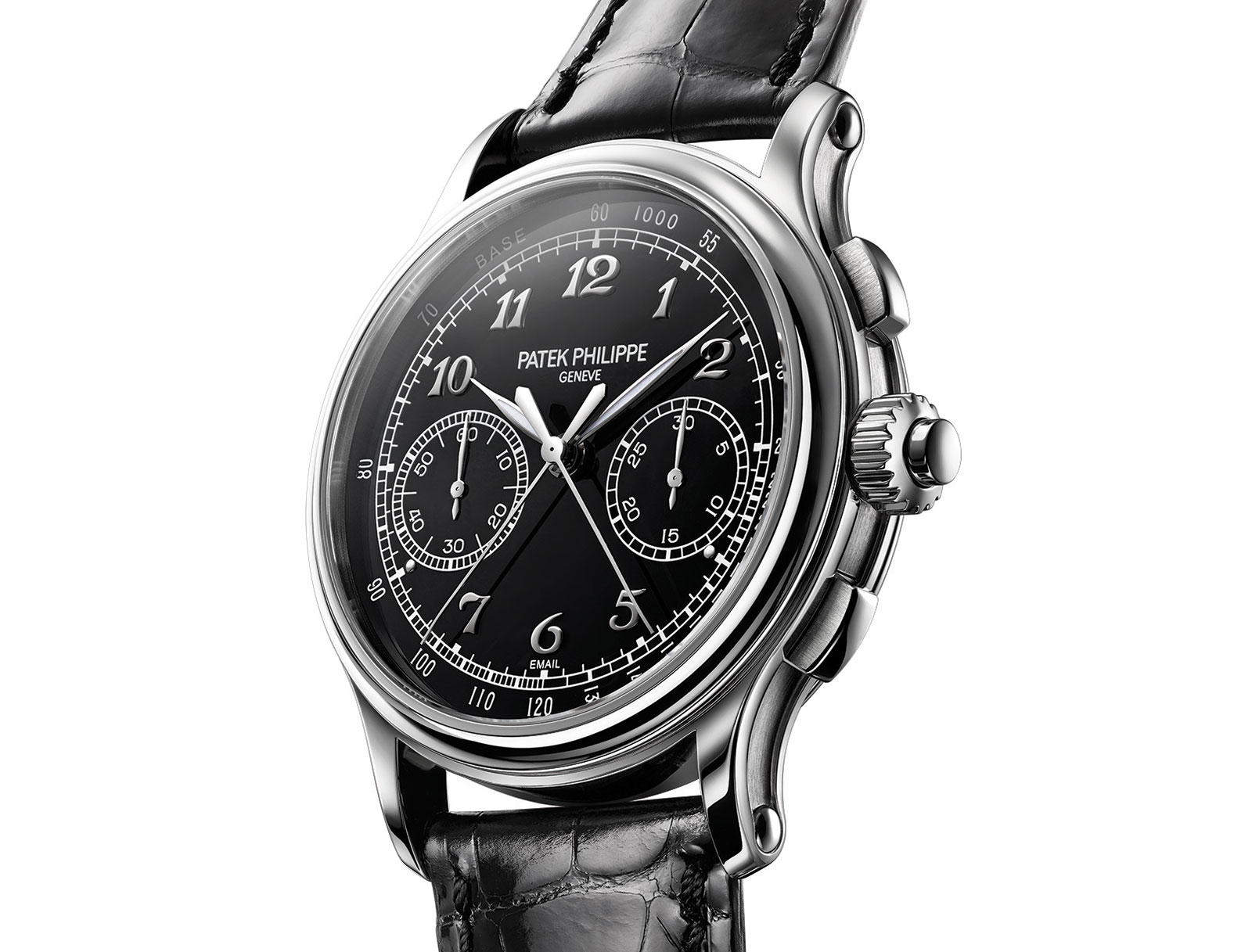 Patek Philippe has taken flak from traditionalists of late for designs that can be described as nouveau. With the Ref. 5370P split seconds chronograph that just made its debut at Baselworld, Patek Philippe is aiming for those with a fondness for classical aesthetics.

The dial is black enamel, fired in an oven on a white gold base and printed, white dial markings. Each of the hour markers are applied white gold Breguet numerals, while the hands are rhodium-plated steel. Steel has a stiffness that gold lacks, which is necessary to withstand the force exerted when resetting the chronograph hands. The Ref. 5370 rattrapante has a 41 mm platinum case and wide lugs (probably 23 mm), giving it the proportions of timepieces from an earlier era, particularly the thirties to the fifties. Examples of such watches include the refs. 130 and 1518, both also chronographs from Patek Philippe’s long history with the complication.

But unlike the watch cases of an earlier era the Ref. 5370 has complex detailing, with a slightly stepped bezel, and a recessed, matte finished case band as well as white gold cabochons on the tip of each lug. The CH 29-535 PS inside is the first pure split seconds variant of the CH 29 movement to come to market. It was earlier combined with a perpetual calendar in the Ref. 5204 from 2012. Boasting a construction that is one of the most sophisticated of any high-end chronograph, the CH 29 is a fine calibre, though not quite as artisanal as the movements of the past.