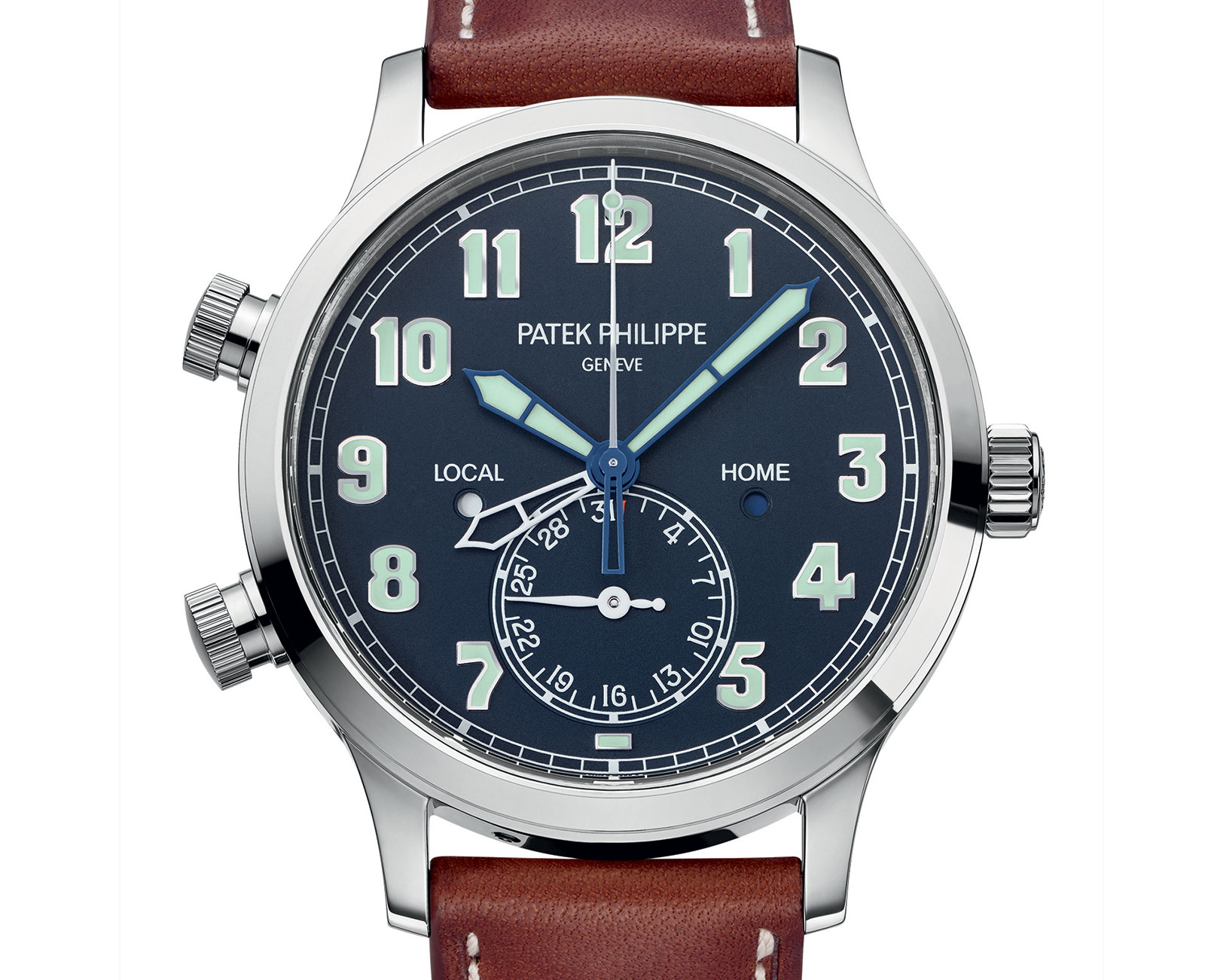 Because the Calatrava Pilot Travel Time Ref. 5524 looks so drastically different from every other Patek Philippe, it has not gone down well in most quarters. Reactions mostly range from surprised to appalled. Intentionally or not, the controversial aesthetic has made it one of the most talked about watches at Baselworld 2015 (at the same fair Patek Philippe also reminds us it can design great, inoffensive classics). If there is no such thing as bad publicity, this is one of Patek Philippe’s success stories for the year.

This is ostensibly based on the oversized hour angle prototype watches Patek Philippe made in the thirties. Only two were made, and one sold in 2009 for nearly US$2 million at Christie’s, while the other resides in the Patek Philippe Museum. But the Calatrava Pilot Travel Time instead resembles – in the vaguest of terms – the early twentieth century aviation watches made by brands like Zenith and Omega, especially with the oversized serif font numerals. Unlike typical pilot’s watches with black dials, this has a deep blue dial, while the numerals are made of white gold filled with Super-Luminova. The second time zone hand is white and skeletonised, and when not in use can be hidden under the blued steel hour hand. Mechanically the Calatrava Pilot Travel Time Ref. 5524 is identical to the Aquanaut Travel Time, offering two time zones along with day and night indications for each, plus a date sub-dial at six o’clock. The calibre 324 inside is automatic with a 35 to 45 hour power reserve, and fitted with a silicon Spiromax hairspring, as are all of Patek Philippe’s current watches. Two pushers in the case adjust the second time zone in one hour increments, either forwards or backwards. Both pushers have a proprietary locking mechanism that requires a quarter turn to unlock before they can be used. Turning them in the opposite direction locks the pusher, ensuring no accidental adjustments to the time. The best description of this watch comes from William Rohr, the CEO of watch forum Timezone, who writes, “[reminds] me of these high end shoemakers like John Lobb who make overpriced sneakers, half as good as a pair of Nike Air at [ten times] the price.”

Baselworld 2014: Introducing the Patek Philippe Ref. 5960/1A in Steel with a Matching Bracelet (with specs and price)