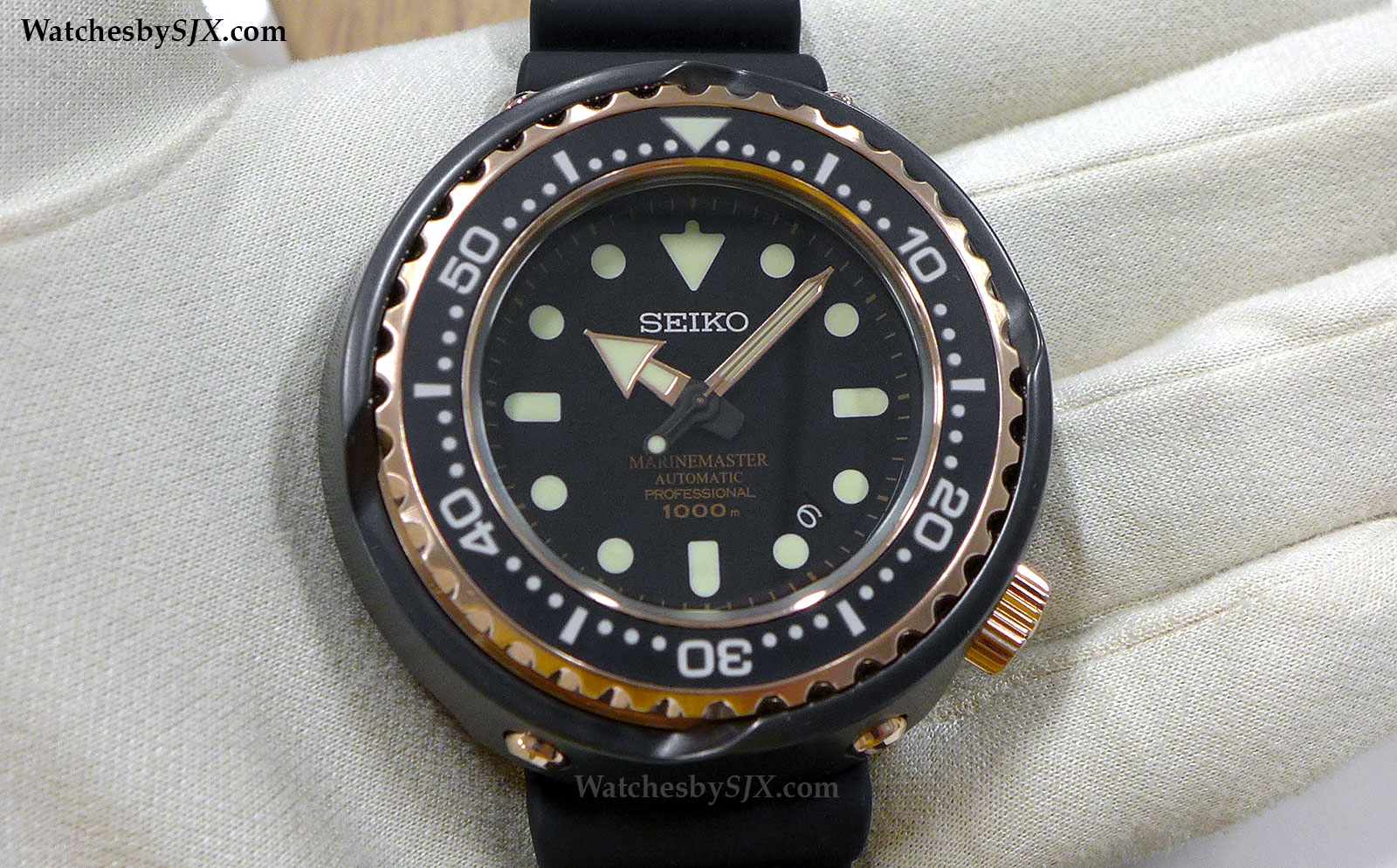 The latest Prospex “tuna” dive watch from Seiko is the Marinemaster Professional 1000 m Diver’s SBDX014. It’s essentially a redesigned Marinemaster 1000 m SBDX011 (nicknamed the “Emperor Tuna”), intended for the international market, as the SBDX011 sold only in Japan. In terms of specs and materials the new Marinemaster 1000 m is identical to the Emperor Tuna, with the same massive case and short lugs that allow it to wear smaller than it looks. The inner case is black hard coated titanium with a black ceramic shroud that measures 48.2 mm in diameter at its widest and is 17.4 mm thick. Like all of Seiko’s other professional dive watches, the case is a one-piece construction for increased water resistance. The biggest difference is the rose gold coating on the bezel, shroud screws, crown and hands. This is inspired by the yellow gold accents found on the Professional Diver’s 600 m of 1978, which was the first ever quartz saturation dive watch. And the dial has been redesigned with lance-shaped hands, making it similar to the Spring Drive Tuna introduced two years ago. The movement inside is the 8L35, an automatic with 50 hour power reserve that’s a simpler and detuned version of the Grand Seiko calibre 9S55. Like all of Seiko’s other high-end mechanical (not Spring Drive) movements, this is made at the Shizukuishi Watch Studio in Morioka. Part of the Seiko dive watch 50th anniversary collection, the SBDX014 is a regular production model, unlike the limited edition Marinemaster Hi-Beat also introduced at Baselworld. The Marinemaster 1000 m SBDX014 is priced at €3450, equivalent to about US$3690 right now.