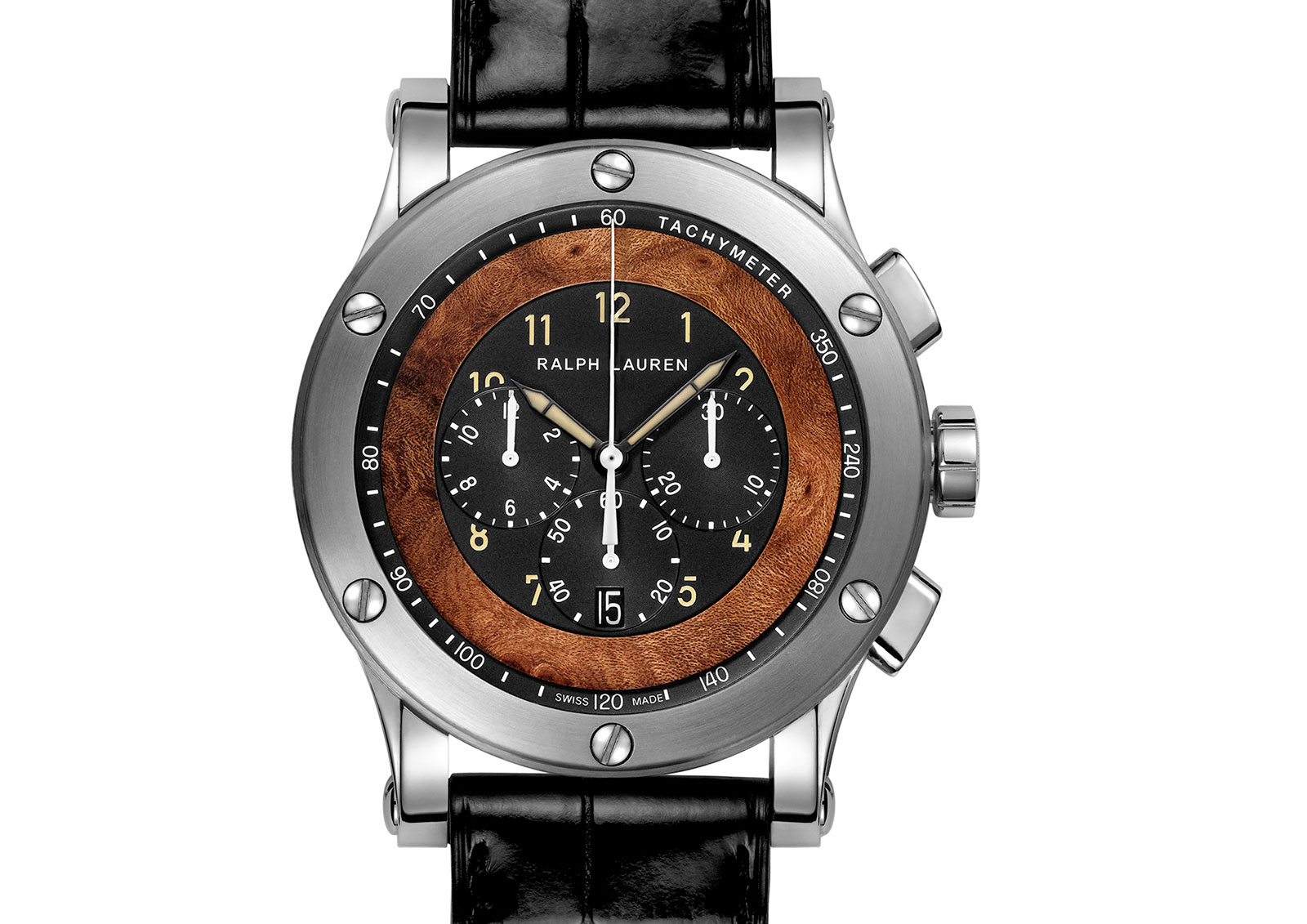 All feature a dial with a distinctive elm burl wood veneer, just as found in the Bugatti coupe. The latest model to join the collection is the Automotive Chronograph, which will be unveiled in January next year at SIHH 2015.

Visually the watch is similar to the rest of the Sporting Automotive, with a large, 44.8 mm steel case and a bezel secured with six screws. With Ralph Lauren Watch & Jewelry being a joint venture with Richemont, the movement comes from Jaeger-LeCoultre. It’s the calibre RL751A/1, which is actually the Jaeger-LeCoultre calibre 751, a self-winding chronograph with column wheel and vertical clutch. The exact price has yet to be determined but Ralph Lauren notes it will be between US$7000-8000. To mark its 260th anniversary Vacheron Constantin has created a series of limited edition, cushion-shaped timepieces, including the Harmony Chronograph equipped with the calibre 3300, single-button, manually wound chronograph movement.

Pre-SIHH 2015: Piaget Introduces The Altiplano Chronograph - The Thinnest Chronograph On The Market (With Specs And Price)