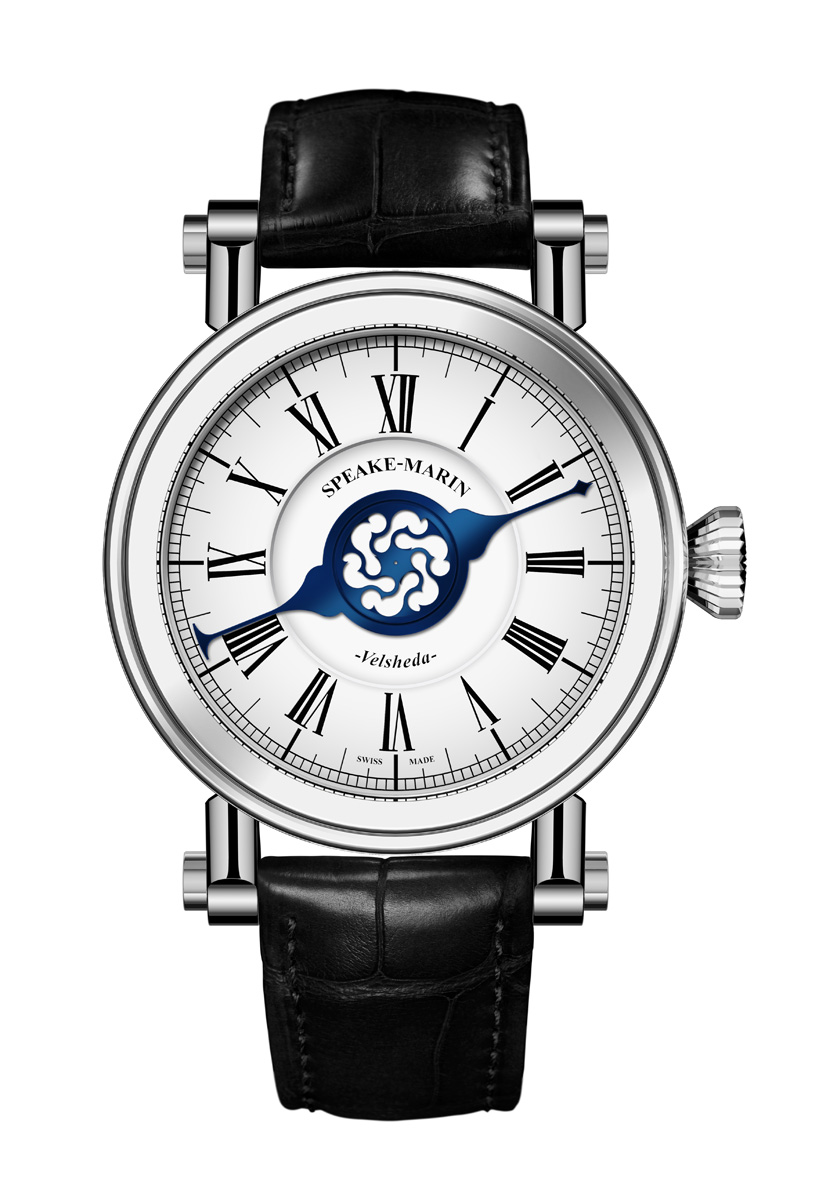 Speake-Marin revives its signature one-handed timepiece with the Veshelda, featuring a languid, single hand that tells the time to the nearest five minutes – not a timepiece for someone in a hurry. One of Speake-Marin’s earliest wristwatches was the unusual, one-handed Shimoda. That was discontinued, but the concept has been brought back at Baselworld 2014 with the newly unveiled Veshelda. It has a single, blued steel hand which travels round the dial once every 12 hours, indicating the time on a five minute scale. Named after a championship winning J-class yacht built in the thirties, the Veshelda has a white lacquered dial with Roman numerals. At the centre are two superimposed topping tool-shaped wheels in blued steel. The upper topper tool is the seconds hand, rotating once a minute, while the second topping tool is the central axis of the single hand. The Veshelda has a 42 mm, steel Piccadilly case, fitted with a large, onion-shaped crown. Inside is the Eros automatic movement, which has a five day power reserve. It’s based on the Technotime TT738 calibre and customised with a topping tool mystery rotor.