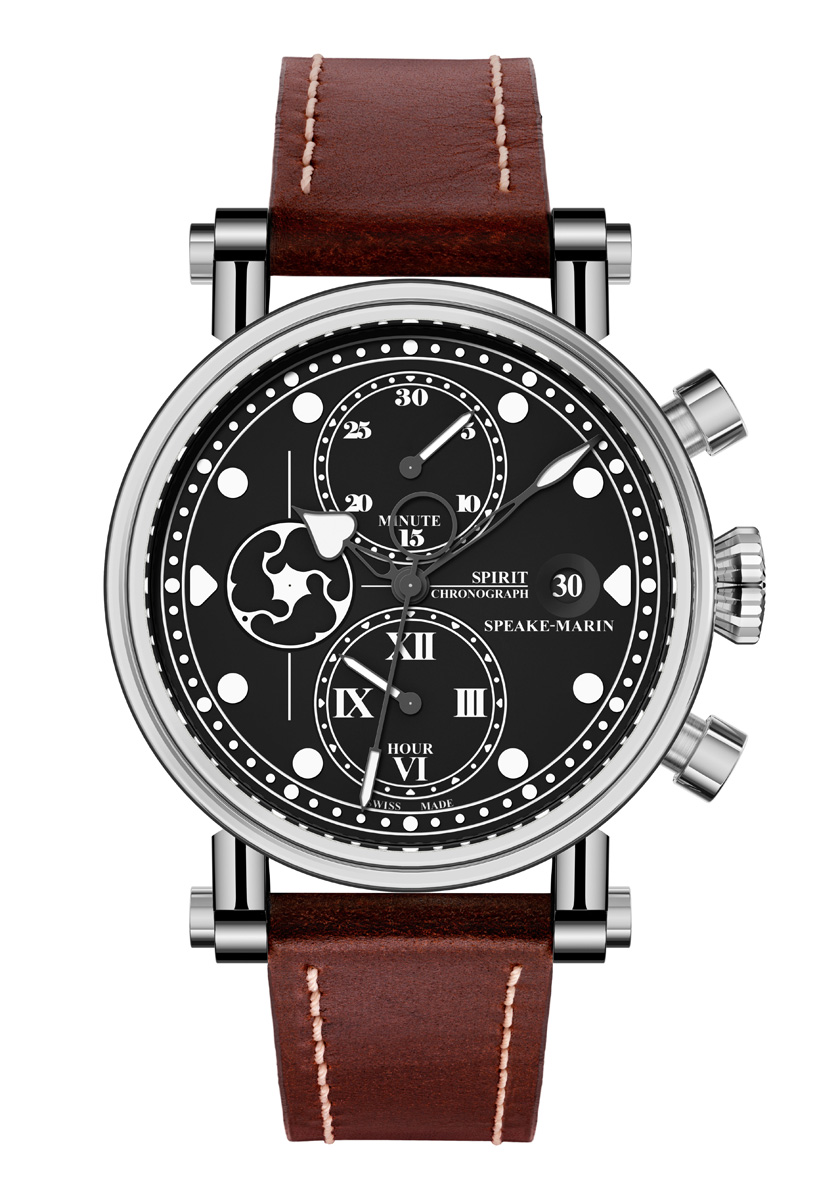 The dial sticks to the aesthetic first established by the Spirit Pioneer, with a matte black base and raised, moulded SuperLuminova numerals and markers. And Speake-Marin’s topping tool logo forms the seconds hand at nine o’clock. But unlike its peers the Seafire has a busy dial, with lots of superfluous text and decoration. Inside the 42 mm titanium case is a clone of the workhorse Valjoux 7750, possibly from Sellita or one of the other movement makers which are now filling the gap ETA has left when it cut movement supplies to third party brands. While there is definitely a market for such a timepiece, the Seafire lacks the creativity seen in many other Speake-Marin timepieces. It retails for 7900 Swiss francs before taxes, which works out to about US$8900, an accessible but not bargain price in the highly competitive sports chronograph segment.