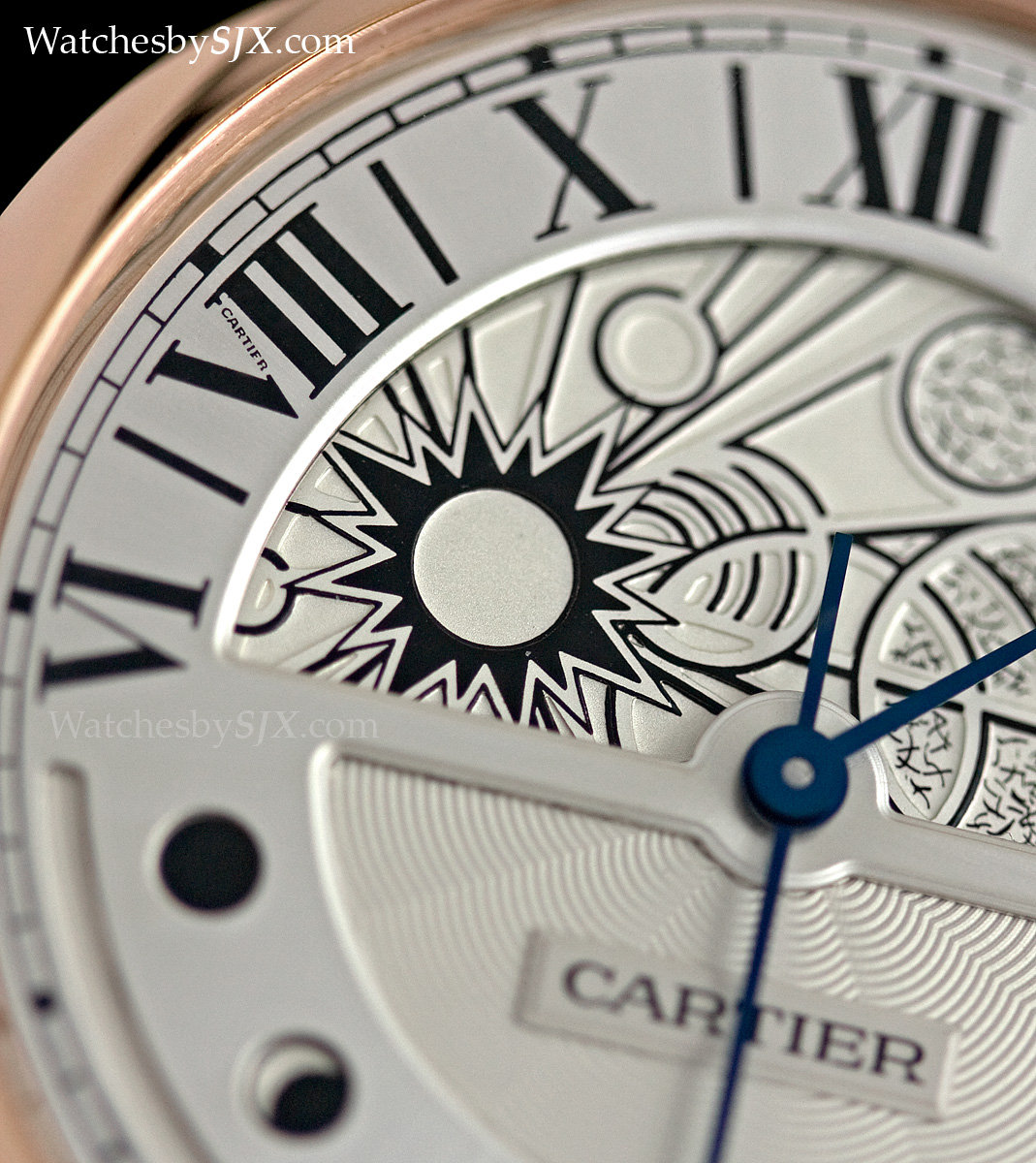 Cartier has revived one of its signature complications with the Rotonde de Cartier Day and Night. Now combined with a new retrograde moon phase display, the new Day and Night is equipped with the in-house 1904 MC movement. The day and night display has a long history in Cartier’s history, beginning with the Comet clocks of the twenties. But more recently, the Day and Night with its decorated disc, was one of the most distinctive timepieces in the Collection Privée Cartier Paris (CPCP) line. With that as an inspiration, Cartier has unveiled the new Rotonde de Cartier Day and Night, with the addition of a retrograde moon phase as well as the automatic 1904 MC movement. One of Cartier’s notable complications in the late nineties was the Jour et Nuit, or Day and Night, which was made by none other than Svend Andersen, co-founder of the AHCI. That used sun and moon hands to indicate day and night.  Subsequently the design was revamped to utilise a decorated disc for the day and night display, and the model was introduced as part of the CPCP collection. This disc based display was inspired by vintage Cartier Comet clocks, which operated on a similar principle.

The new Rotonde de Cartier Day and Night works exactly as the earlier models did. A large, central disc decorated with stylised representations of the Sun and Moon rotates once every 24 hours, indicates the hours on the top half of the dial. Because of the size of the day and night disc, it is supported by five ruby rollers underneath. And the minutes are indicated by a conventional Breguet style hand.

On the lower half of the dial, there is a retrograde moon phase, a new feature not found in the earlier models. Accurate to a day in 10.5 years, the moon phase is indicated by a crescent-tipped hand. Executed in three levels, the dial is silvered and decorated with guilloche. The dial as well as the day and night disc are well detailed. Even the phases of the moon are individually decorated with circular guilloche. The 9912 MC movement is actually the 1904 MC automatic with the day and night module added on top. Unlike earlier iterations of the 1904 MC, this version is finished with straight graining on the bridges and prominent bevelling, which is now the standard finish for all watches in the Fine Watchmaking line. The case measures 43.5 mm wide and 12.7 mm high.Though the diameter is large, it works well for the aesthetic. However, the case thicker than it should be, which removes some of the elegance of the design.