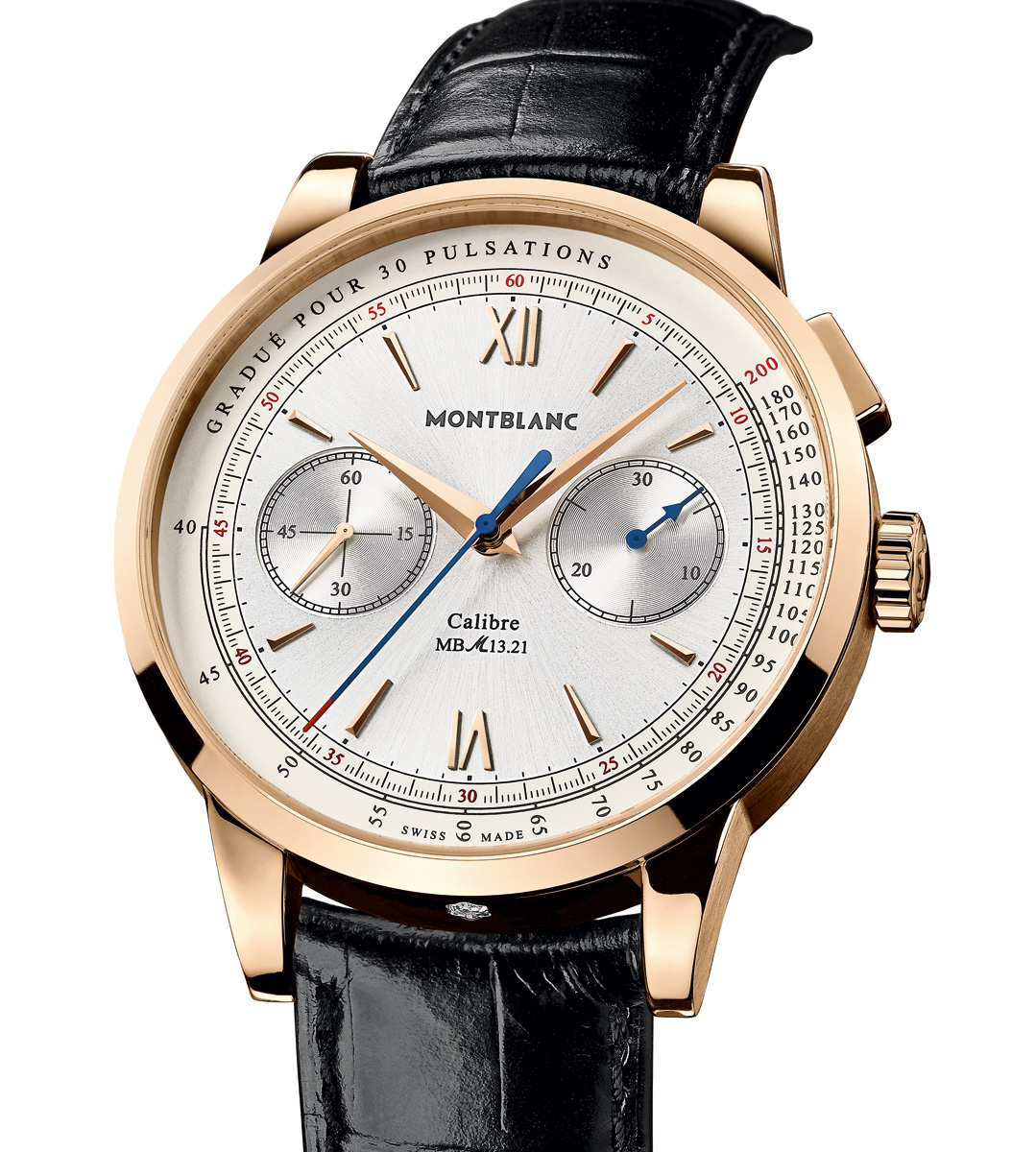 Montbanc’s new Meisterstück Heritage Pulsograph is a limited edition, classically styled, monopusher chronograph with pulsometer, powered by a Minerva Villeret movement, all at a more affordable price point than before. Designed in the style of mid-twentieth century chronographs, the Meisterstück Heritage Pulsograph is a monopusher doctor’s watch. Finished with a silvered, sunray brushing, the dial has a pulsometer on its outer rim. A pulsometer allows a doctor to take a patient’s pulse without having to measure it for a full minute. As it is calibrated for 30 pulses, a doctor merely has to start the chronograph as soon as he starts taking the pulse, and then stops it once the pulse hits 30. The seconds hand will then point to the number of heartbeats per minute.

Inside is the Montblanc Calibre MB M13.21, which is based on the Minerva cal. 13.20. Essentially a vintage chronograph movement repurposed for modern use, the cal. MB M13.21 still beats at the slow 18,000 bph characteristic of movements from that era. The bridges and base plate are rhodium plated German silver, and all components are hand finished. Minerva decorates its movements beautifully, as an earlier example of this movement illustrates. Measuring 41 mm, the case is rose gold with a Montblanc star-shaped diamond set into the case band at six o’clock. The Pulsograph is a limited edition of 90 pieces to mark the 90th anniversary of the Meisterstück pen. The retail price is €27,000 (~US$46,600) with delivery in Autumn 2014. That is about a third less than an equivalent, similar model in the current collection. SIHH 2014: Introducing the Montblanc Homage to Nicolas Rieussec, a redesigned signature chronograph from Montblanc (with specs and price)

Montblanc has redesigned its signature chronograph and given it a a more restrained and elegant aesthetic. Created in tribute to the inventor of the chronograph, the new Montblanc Homage to Nicolas Rieussec is a monopusher chronograph with second time zone, and unusual hidden hour indices that glow only in the dark.