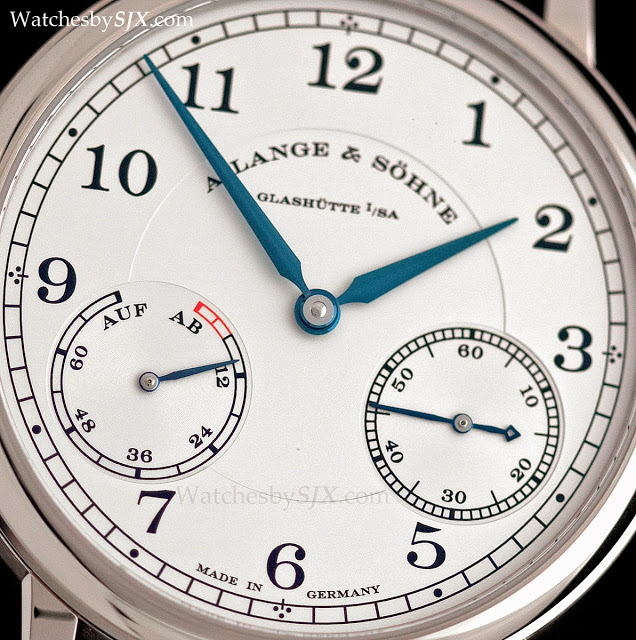 The first generation 1815 was one of Lange’s first wristwatches. It was the brand’s simplest timepiece, but it had a bigger brother, the original 1815 Auf und Ab, or Up and Down. That disappeared from the collection some years ago, but at SIHH 2013 it returned as the 1815 Up/Down.

Like its predecessor the 1815 Up/Down is inspired by deck watches and marine chronometers, including those made by Lange during the Second World War. This is the closest Lange gets to some of the military timepieces it made in the past. The view through the display back is wonderful, as expected with Lange. The German silver three-quarter plate, blued screws and jewels in gold chatons provide a lavish visual feast. The L051.2 movement, however, has an unusual construction for a Lange movement – the ratchet wheel and click spring of the barrel are exposed, as opposed to being hidden under the three-quarter plate as is convention for Lange. This allows for a thinner movement, and the only other Lange movement constructed like this is that of the Saxonia Ultra-Thin. A pair of planetary gears enable the axle of the power reserve indicator to turn in one direction when being wound, and in the opposing direction as the watch runs down.

The perceived height of the case is also reduced thanks to a subtle change to the typical Lange case design. Also found on the other new 1815 watches of SIHH 2013, the 1815 Up/Down has a tiny step at the base of the bezel, making it seem thinner by breaking up the vertical lines of the case. Most other Lange timepieces have a bezel which is flush with the case, giving the case an unbroken vertical profile. Being a Lange the 1815 Up/Down is not an inexpensive watch, but is still one of the more affordable Lange watches. Of the three metals the white gold version is most reminiscent of vintage navy deck watches which all had sterling silver cases, and for that reason it is my favourite. 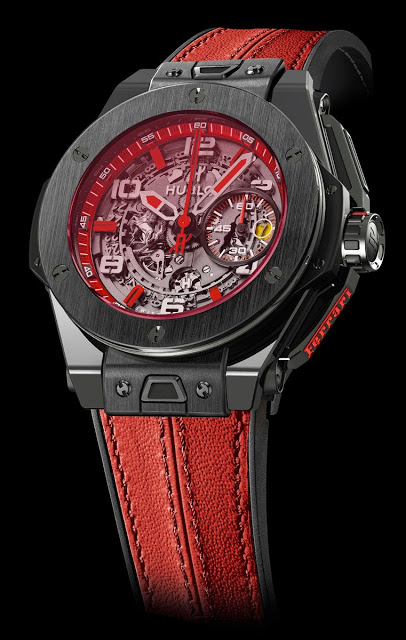 A nod to both the Singapore flag and Ferrari’s trademark colour, the Hublot Big Bang Singapore Edition has a predominantly red colour scheme. It has a red tinted sapphire crystal as well as red accents, with a black ceramic case and bezel. Inside is the flyback UNICO movement with the column wheel visible underneath the dial. This watch is a variation of the Big Bang Ferrari announced last year, which inaugurated the partnership between Hublot and the Italian car maker. More recently Hublot announced the incredibly exotic Masterpiece MP-05 LeFerrari at Baselworld 2013. The official launch of the Big Bang Ferrari Singapore Edition will take place at the The Hour Glass’ pop-up store in Paragon’s main atrium on September 18, just a few days before the Formula 1 2013 Singapore Grand Prix. Each watch will be sold with both a red and a black leather band, which can easily be swapped by pressing the button each lug to remove the strap. This is a limited edition of 50 pieces with a retail price of S$49,000, or about US$38,500, and will be available at The Hour Glass stores. – SJX