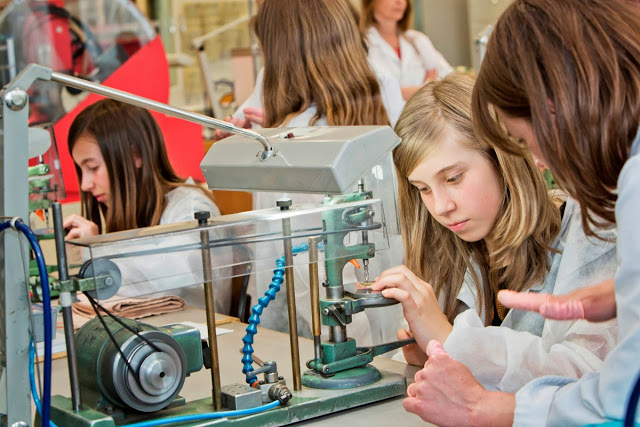 As part of its 180th anniversary events, Jaeger-LeCoultre invited sixth graders from schools in the Vallée de Joux to visit its manufacture in Le Sentier.

During the visit the children got to meet the craftsmen of the manufacture, and even tried their hand at applying perlage to a base plate. Jaeger-LeCoultre’s objective was to allow the children a peek into what is one of the largest enterprises in the valley. Jaeger-LeCoultre takes its social responsibility seriously, for besides hosting students, it also makes its own honey. The children were also asked to imagine the watch of the future, and to put their idea to paper. Digital watches, a guardian angel watch and a football watch were among the results of these fertile minds. Intriguing as the drawings are, some of them look more suitable for other watchmakers in the Vallée de Joux. Perhaps one of these watches will be a landmark wristwatch, the Gyrotourbillon of the future. – SJX