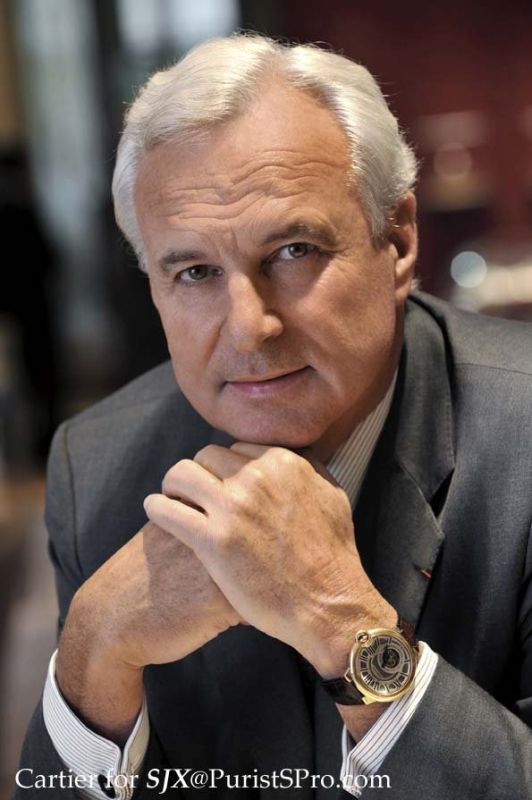 This has been rumoured for some time but finally the news is official, the current CEO of Van Cleef & Arpels, Stanislas de Quercize, will become the next CEO of Cartier once Bernard Fornas retires later this year. Given Cartier’s size and position, the Cartier CEO job is certainly one of the most influential in the industry. But also because Cartier is so large and established, I don’t forsee any drastic changes after the change in management.

Many of the top jobs in Richemont watch brands and the group itself are occupied by Cartier alumni, by virtue of it being the biggest brand of the group. Mr Quercize is not new to Cartier, he was President of Cartier North America before assuming the top job at VC&A in 2005.  Mr de Quercize has done an admirable job of growing VC&A into one of the largest brands in the Richemont stable so it is no surprise he is returning to run the largest brand. And given his track record Cartier’s strong run – it is about half of Richemont revenue now – looks set to continue.

Mr Fornas, who turns 65 this year, will continue to have a management role at Richemont, as is tradition for ex-Cartier senior executives; he will remain on the Group Management Committee.