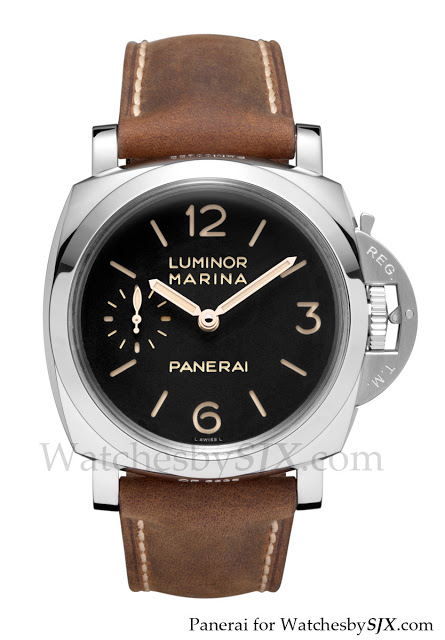 Previewed on the Panerai site a few days ago, the new Luminor 1950 3 Days PAM00422 is an SIHH 2012 release but is now on show at “O’Clock – time design, design time”, the Panerai exhibition in Milan that runs till Jan 2012. Fitted with the new P. 3001 calibre, the PAM422 is essentially a variant of the PAM372 which I reviewed, with the addition of sub-seconds at nine and a power reserve on the back. Like the PAM 372 the new PAM 422 has a 47 mm cushion case in polished steel with brushed steel crown guard, sandwich dial and engraved dial lettering. The indicator on the movement shows the three day power reserve. 2000 pieces will be made and it is delivered on the Assolutamente strap. And for comparison here are my photos of the PAM372 taken at SIHH 2011. Is yet another watch that is a minor variation on an existing one too much? Ironically might it dilute the idea of Panerai while still maintaining aesthetic coherence? Time will tell. – SJX