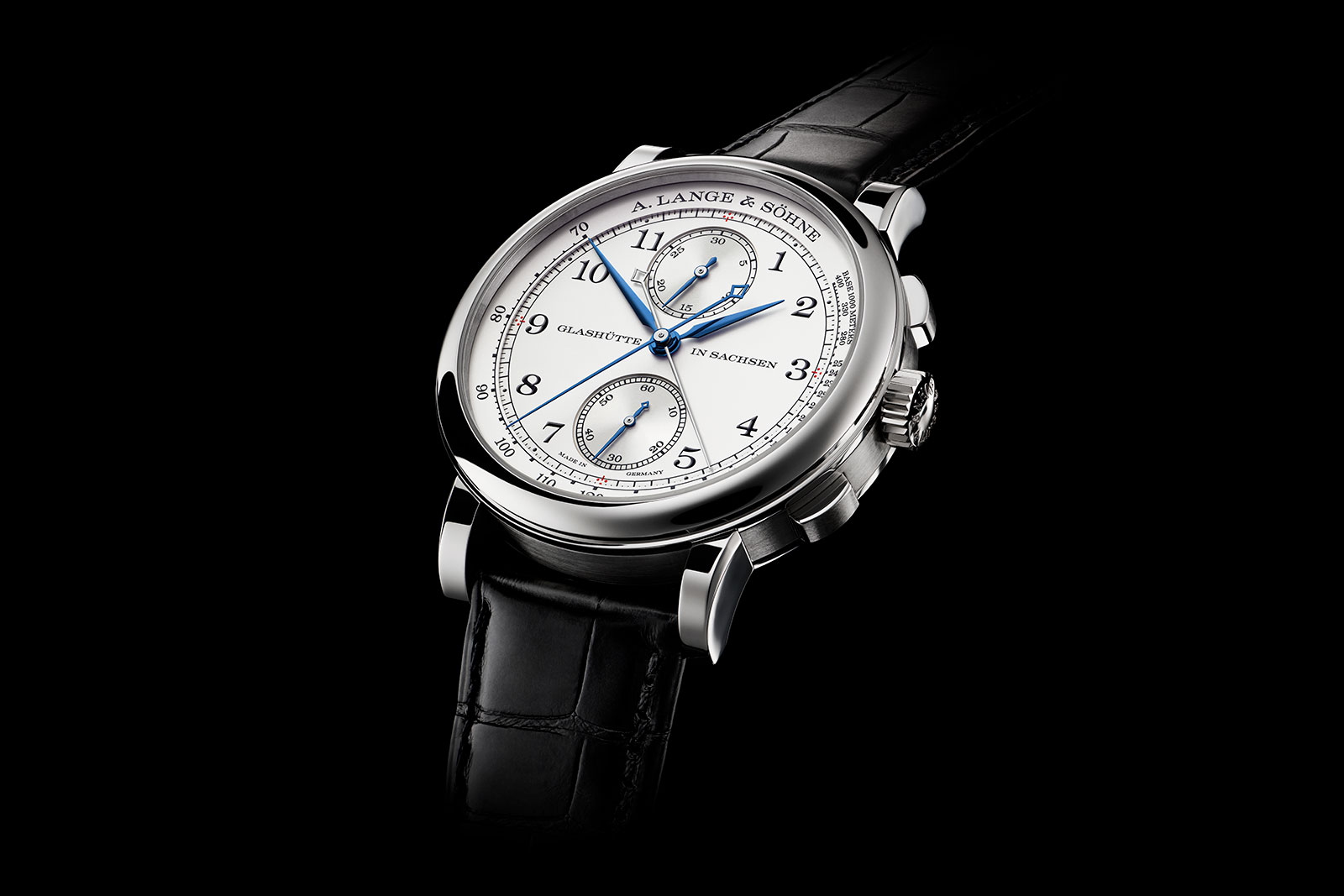 Launched as part of the “Homage to F.A. Lange” 175th anniversary collection in HoneyGold two years ago, the 1815 Rattrapante was the the only one of the trio that was all-new model. In fact, it was the German watchmaker’s first pure-play split-seconds chronograph, and surprisingly svelte by its standards.

Though the anniversary edition sold out swiftly, the watch is making a comeback with a platinum case and silver dial. A pleasing and familiar combination most often seen on its simpler models, the silver-and-blue livery is uncommon for Lange chronographs, which tend to have dark-coloured dials, making the new split-seconds unusual. 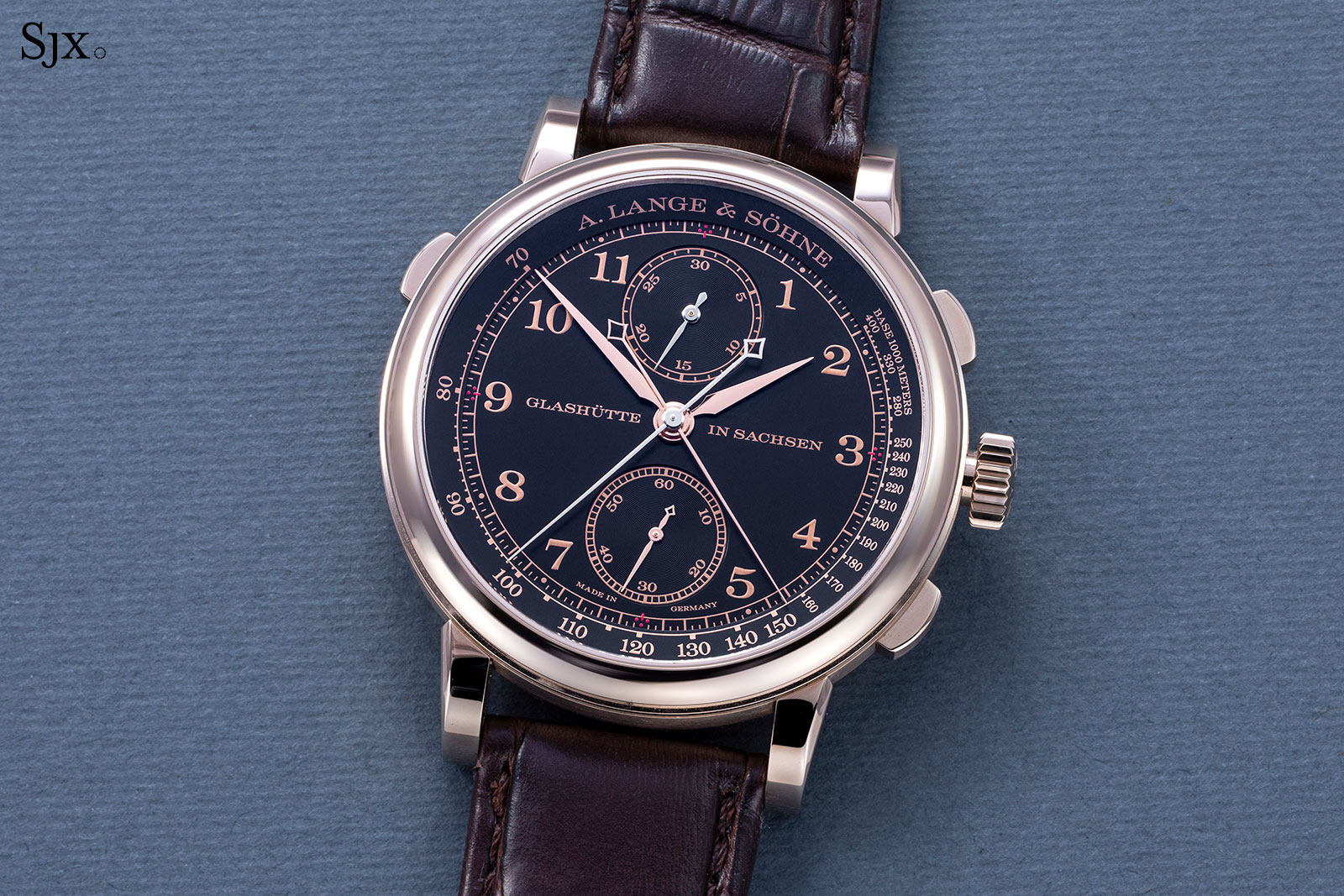 Essentially variation of the original with different case and dial, the new 1815 Rattrapante is still noteworthy because the original in HoneyGold was limited to only 100 pieces but deserved a broader audience because it was appealing on several levels. The watch is thin and understated, unlike most Lange complications, but nevertheless boasts a movement with the visual depth and impeccable decoration typical of the brand.

While the new model has the standard movement decoration instead of a frosted finish, the most obvious difference between the two is on the front. The platinum version has an understated, tone-on-tone look that I prefer over the high-contrast look of the anniversary model. While the all-silver look may seem too simple at a glance, it’s been given a bit of life with red accents and blued steel hands. 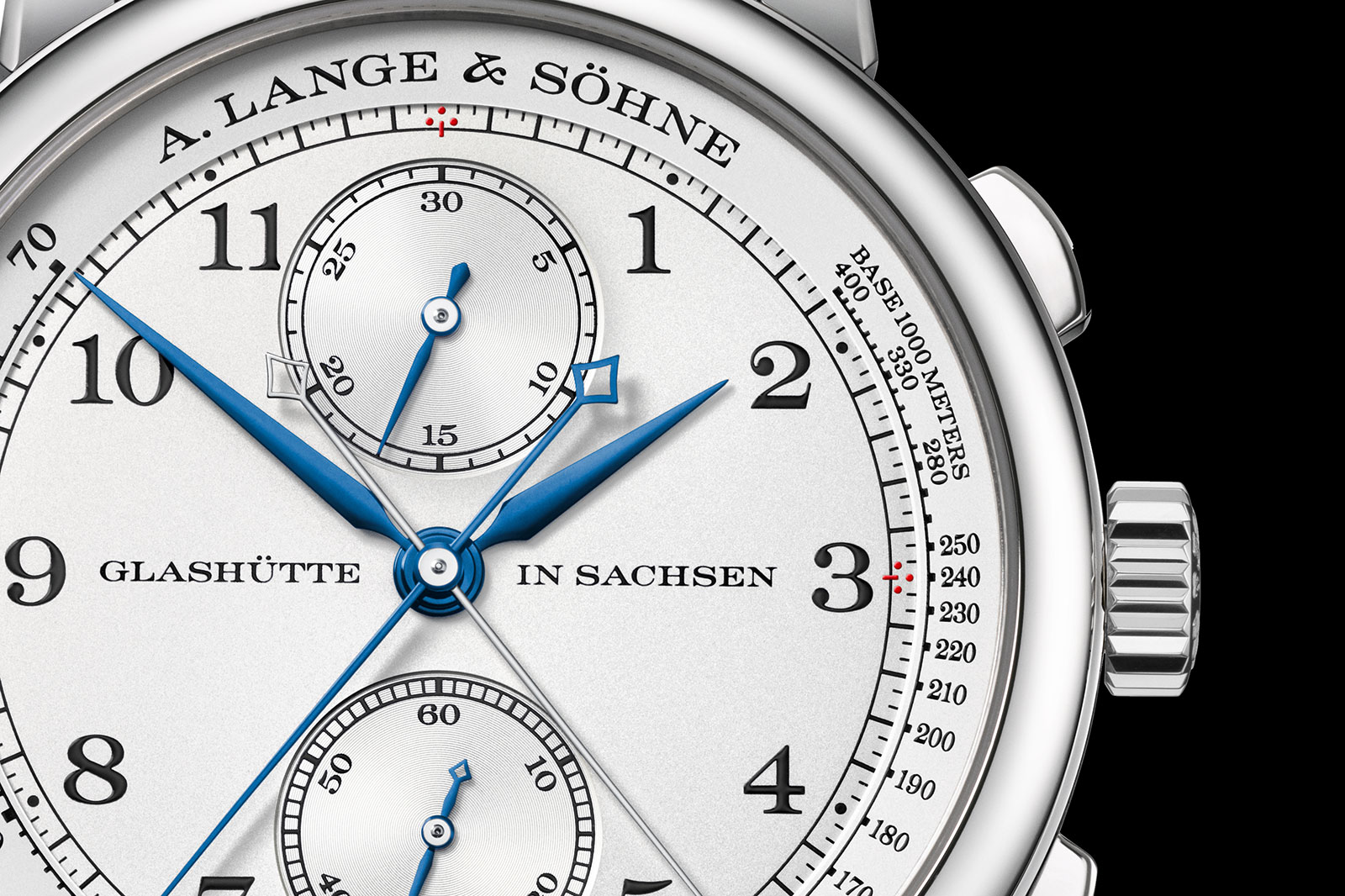 That said, the red accents are unnecessary and perhaps too much. I would have preferred the dial markings in blue to match the hands, or even just removing the red markers for a uniform colour. That also makes sense from a functional perspective, since the red accents mark out the quarters on the seconds scale, which are not an especially useful piece of information for the chronograph.

Though both the movement finish and case material are conventional – and the edition size is double that of the HoneyGold version – the platinum Rattrapante costs about 10% more than its predecessor. It is still reasonably priced as such things go.

In fact, the watch arguably offers a better price-to-quality ratio than similar offerings from both establishment and independent watchmakers. For example, the Vacheron Constantin Traditionnelle Split-Seconds Chronograph is comparable in style and function, but it has a movement that’s slightly more complicated and perhaps more appealing, but costs twice as much. 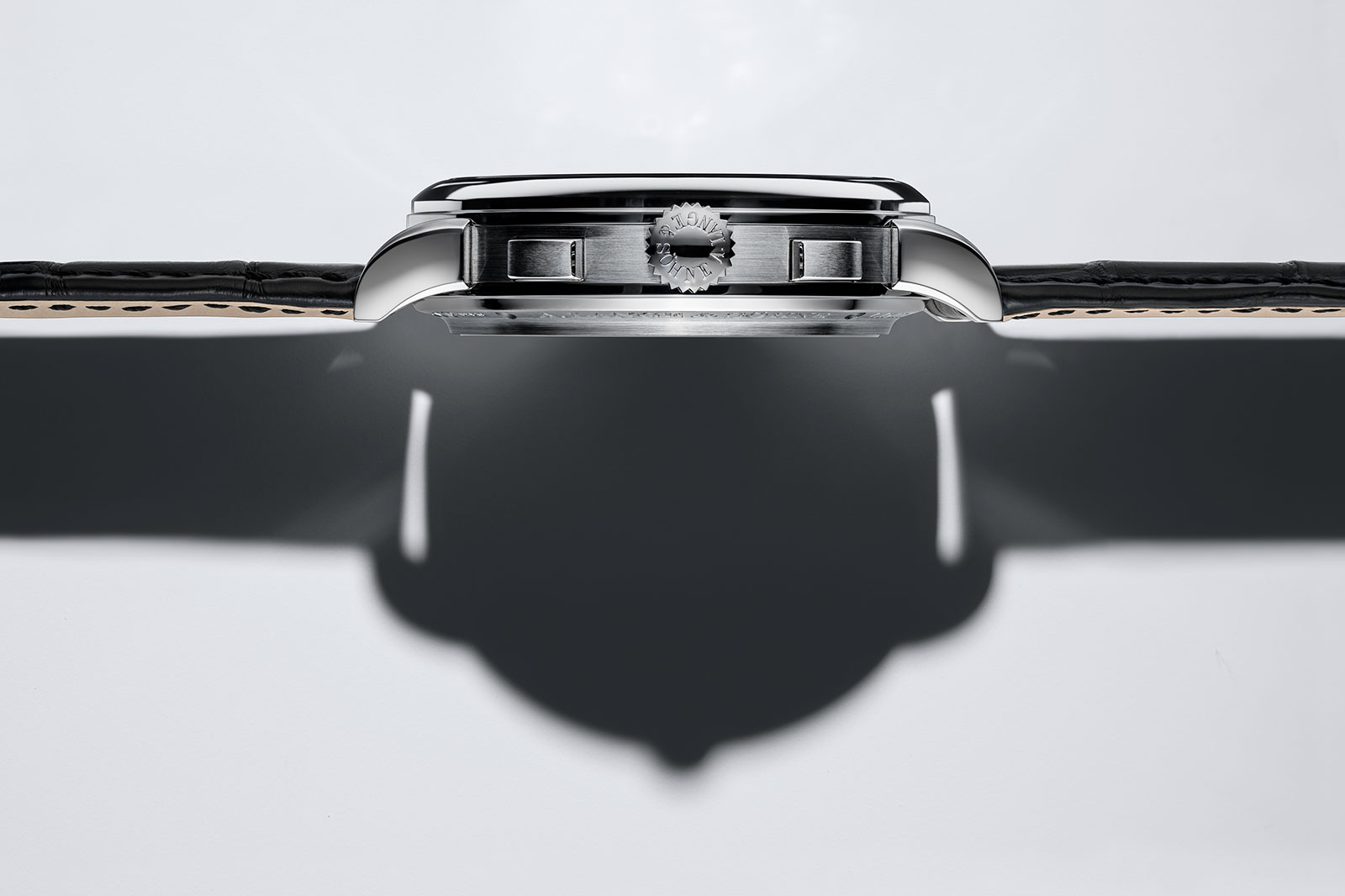 Though the German watchmaker has long had a split-seconds chronograph in its catalogue, it was always combined with other complications, resulting in watches that were bulky and pricey.

That changed when the 1815 Rattrapante came along. The watch is a unique proposition for Lange, being the brand’s first straightforward split-seconds. Because of its concise movement, it is notably wearable, standing just 12.6 mm tall.

It is also visually distinct with the vertical arrangement of its counters, which stand in contrast with the horizontal twin counters that define all other Lange chronographs. 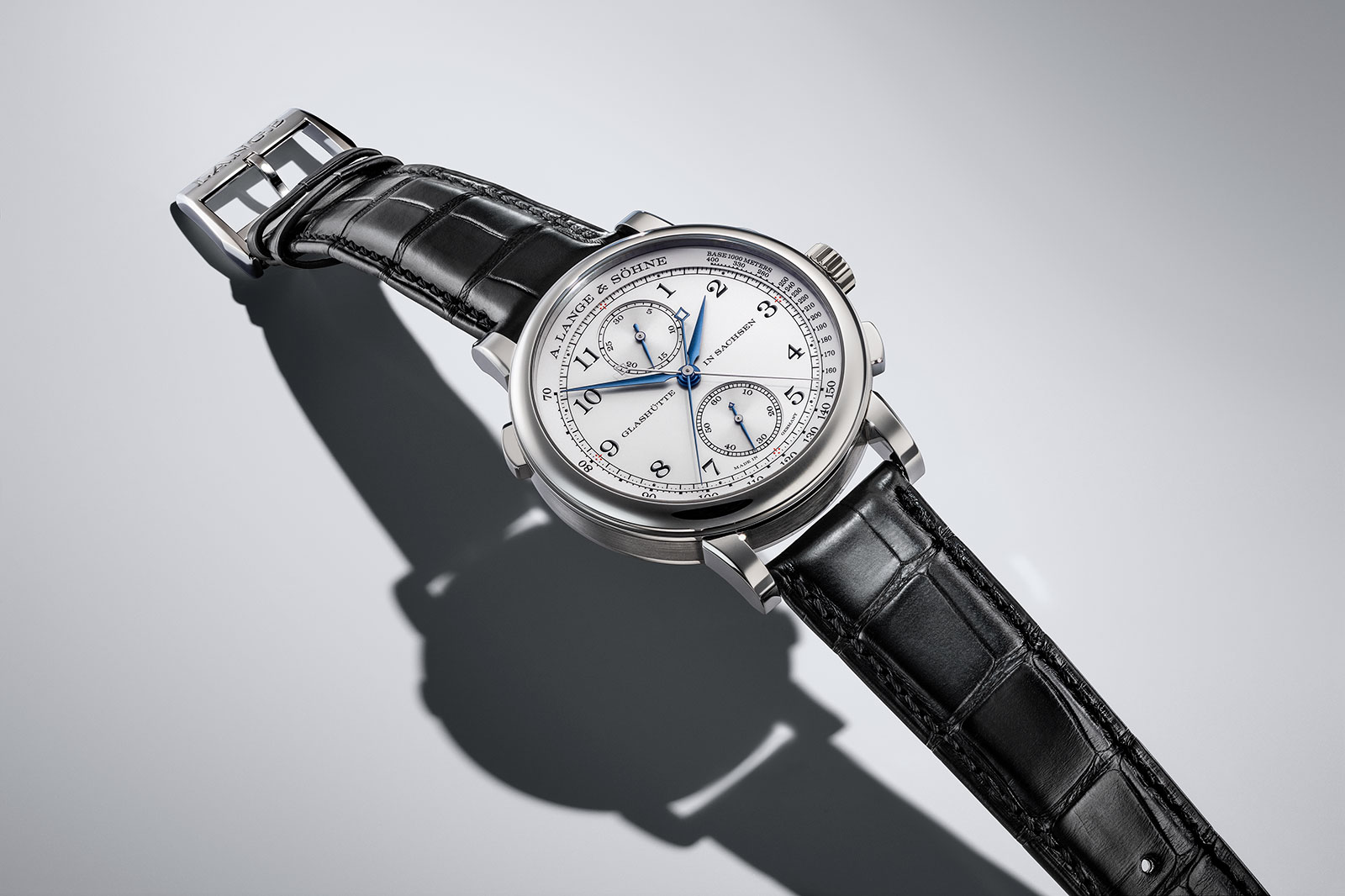 While the L101.2 is mechanically identical to that movement in the anniversary edition, it is finished differently. Instead of the frosted decor reserved for limited editions, the bridges are decorated with the usual Glashütte striping, giving it the typical Lange aesthetic. 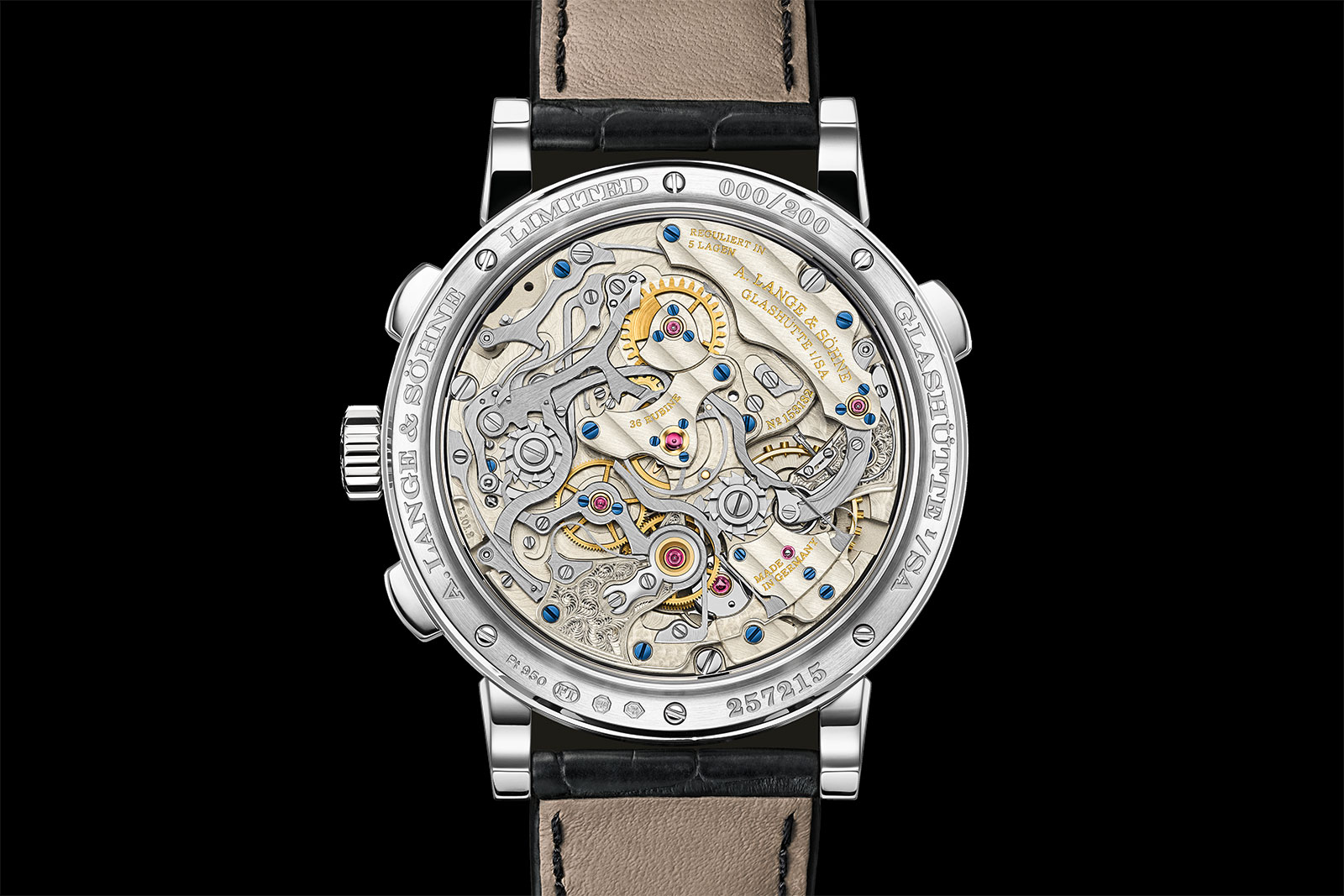 The case back view is definitely the highlight, as is the case for any Lange chronograph. Even more complex than the quintessentially Lange Datograph, the L101.2 shows off the components of the split-seconds mechanism, such as the pincer-shaped clamp for the split-seconds wheel.

That said, the L101.2 lacks the overly-engineered approach that’s customary for Lange. It does without an isolator for the split-seconds – the mechanism that reduces drag when the seconds are split – while also relying on a cylindrical coil spring for the reset mechanism. Both are acceptable sacrifices for thinness, and overall the movement is executed to a very, very high standard. 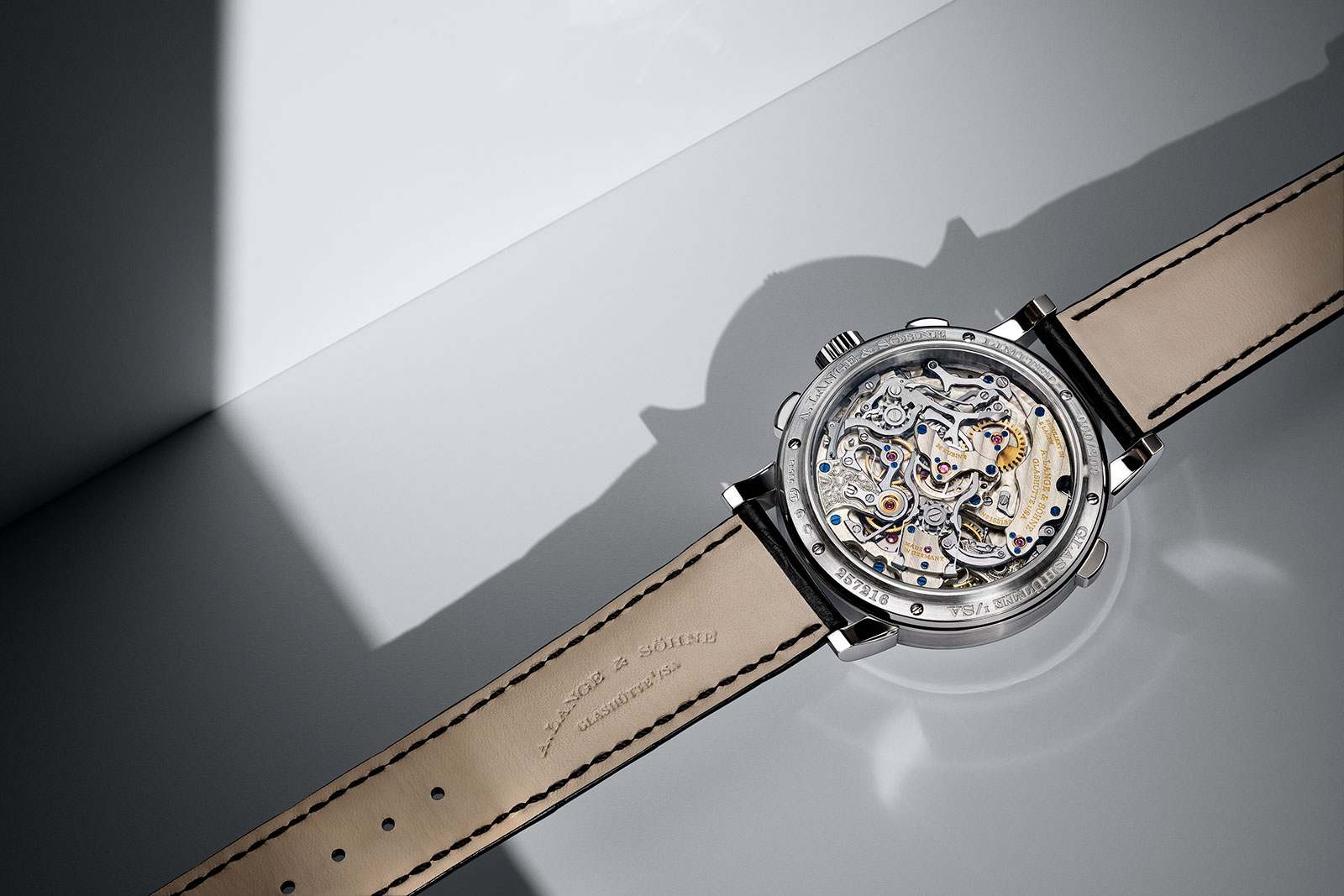 Limited edition: 200 pieces
Availability: At A. Lange & Söhne boutiques only
Price: On request