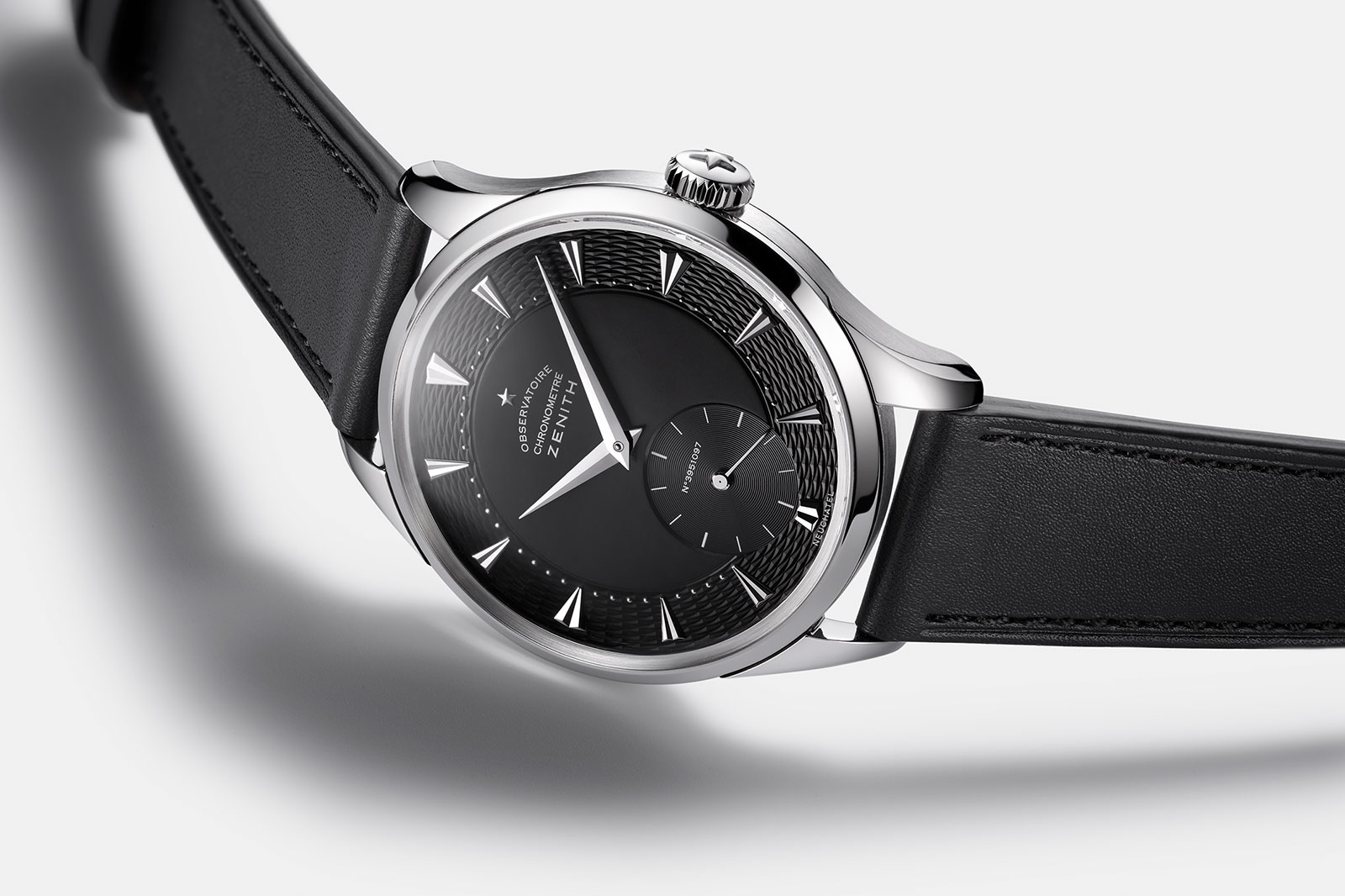 Having already designed its own El Primero limited edition, Phillips has collaborated with Zenith and Voutilainen to create the Calibre 135 Observatoire, a limited edition of 10 watches each powered by a cal. 135-O.

The movement was the specially-regulated variant of Zenith’s flagship chronometer wristwatch movement of the mid-20th century, conceived solely to participate in observatory chronometer contests. As such, the movements were never cased and sold, until now. Contained in a platinum case, the movements were light decorated by Voutilainen, which also supplied the guilloche dial via its dial making subsidiary Comblemine. 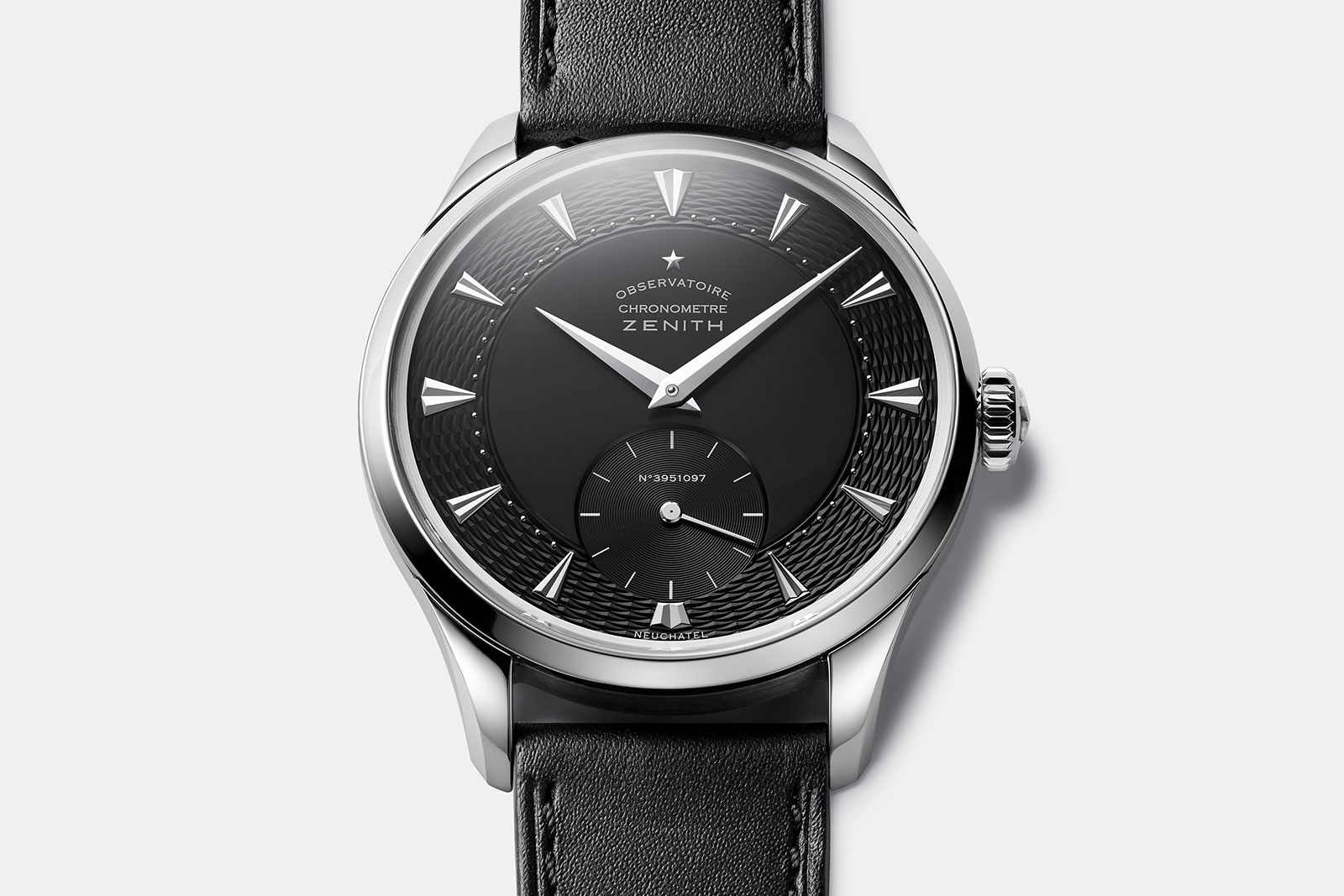 The Calibre 135 Observatoire is a good looking watch. It’s evidently modelled on the vintage model and doesn’t change too much of the original design, but instead injects a few elegant details that give it more refinement, like the guilloche chapter ring. These discreet flourishes are enough to set it apart as a higher end watch than the vintage original, which are more of a functional precision chronometer.

More broadly, it’s a three-way collaboration that reflects the strengths of the collaborators to different degrees.

For Phillips, the Observatoire is a sensible collaboration since it chimes with its strength in selling both vintage and modern watches at the top end of the price spectrum. And it also a perfect base for the auctioneer to utilise the discerning eye of the gentlemen behind the project, namely Aurel Bacs and Alexandre Ghotbi. The vintage aesthetic with details like the movement number on the dial illustrate their well-honed taste. 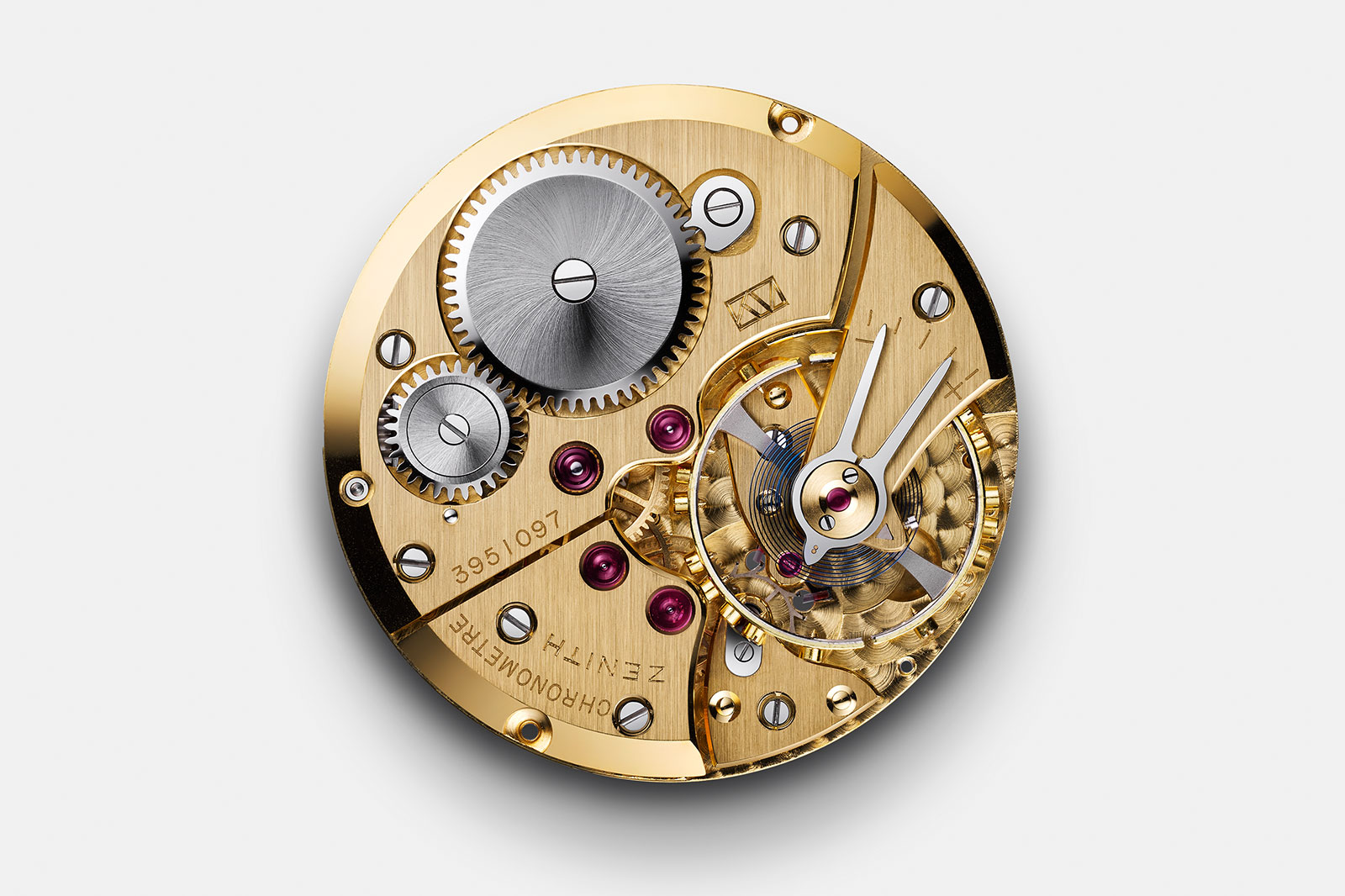 The Observatoire also makes sense for Zenith, since it elevates the brand into a realm it is not traditionally part of, thanks to the pricing power offered by the brand names of Voutilainen and Phillips.

For Kari Voutilainen it is less clear what his brand gains from this, especially since he is involved a variety of projects, the biggest of which is reviving Urban Jurgensen.

In fact, Mr Voutilainen started his brand with a comparable watch – his own Observatoire that was powered by a restored Peseux 260 finished to a substantially higher level – which implies he could have done much more with the cal. 135. With the movement finishing finely executed but minimal, the Voutilainen content in the Zenith Observatoire feels inadequate, especially considering the price.

As for the price – almost US$140,000 – it’s a stretch for a Zenith but made palatable by the Voutilainen brand. Given the tiny number made, however, the price is logical.

Produced from 1949 to 1962, the cal. 135 was a high-precision workhorse for Zenith, with over 11,000 movements made over the dozen years of its run. Majority of them were destined to be installed in wristwatches that were then sold commercially; these were the standard cal. 135.

But the second version of the cal. 135-O was conceived purely as a competition timekeeper to be entered into the chronometer trials held by the observatories at Neuchâtel and Geneva in Switzerland, Kew Teddington outside London, and Besançon in France. According to Zenith, the cal. 135-O won the most chronometry prizes of any movement in history, with the tally exceeding 230.

The 10 watches of the edition all contain movements from 1950 to 1954, a period when the cal. 135-O won prizes every year. The prize-winning movements were all regulated by either Charles Fleck or René Gygax, star regleurs of the period. Each of the ten movements selected for the limited edition won a first prize during the period (although one of them had to enter a second time to accomplish that). 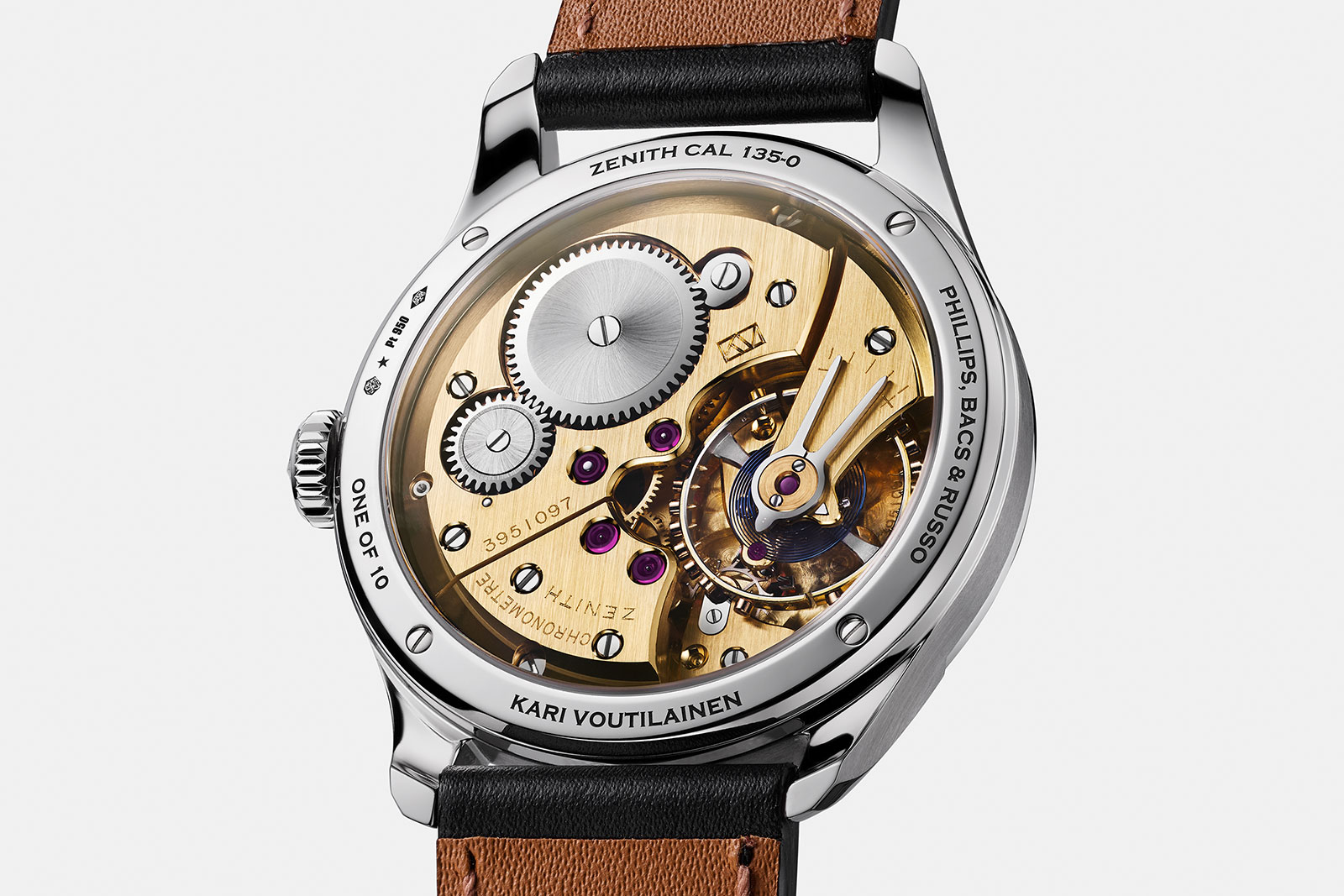 The Voutilainen workshop was responsible for the restoration and decoration of the ten cal. 135-Os. Amongst the work done by Mr Voutilainen is anglage on the bridges, chamfering and polishing of the screw heads, and perlage on the base plate.

But much of the original movement aesthetic has been retained, in order to “carefully [preserve] the original regulation and fine-tuning of the movements by Fleck and Gygax” according to Zenith.

Each of the restored cal. 135-O movements have been given a 38 mm case in platinum, a metal not used for the vintage cal. 135 wristwatches, which were either in gold or steel.

The dial base is sterling silver and decorated with a barleycorn guilloche on the chapter ring for the hours. The hour markers are rhodium-plated German silver, while the hands are solid gold. 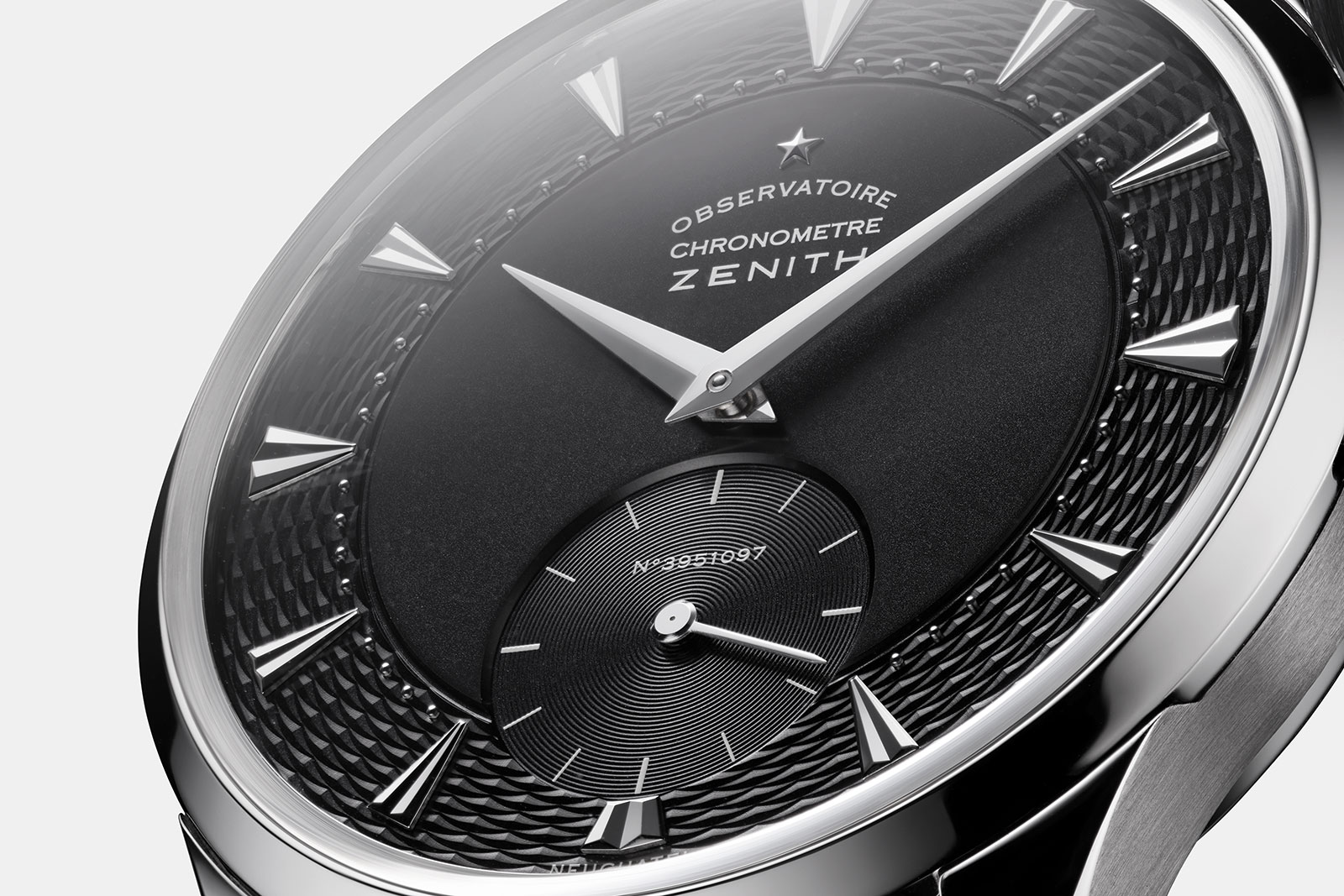