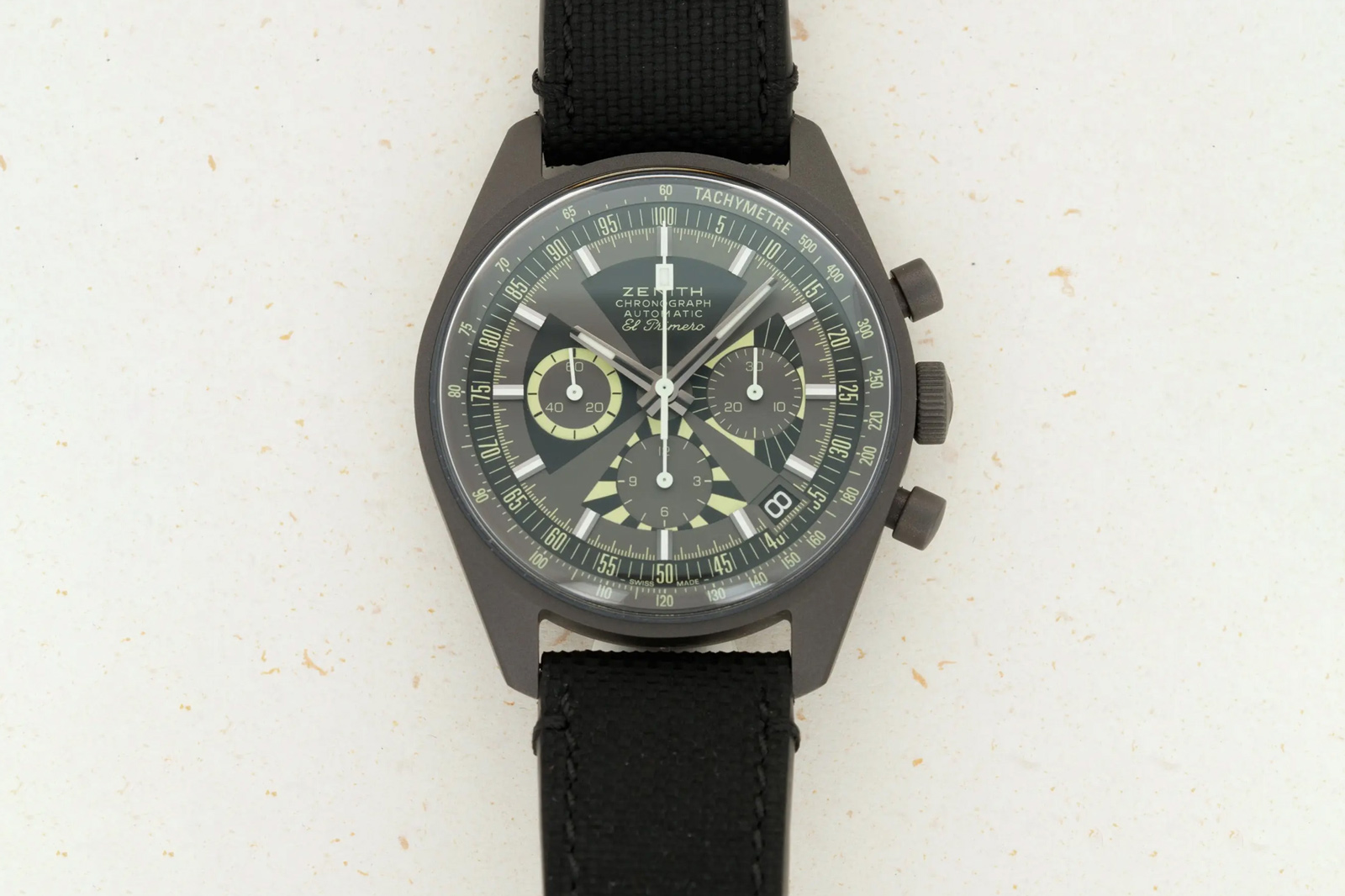 A limited edition launched at the end of 2021, the Zenith Chronometer Revival “Poker Chip” was the result of a collaboration between our founder and the watchmakers in Le Locle. One of them just popped up for sale at online auctioneer Loupe This – the first example to go under the hammer. The 200 pieces sold out at launch, making this a perfect opportunity for anyone who missed out last year.

If the funky dial appears familiar, that’s because the Poker Chip reimagines the G383, one of the standout designs from the first references of the El Primero. While the G383 had a lavish, gold-on-black palette, the Poker Chip is entirely contemporary. Its dial is generously “lumed” – even the strap glows in the dark – bringing it to life at night, with the aesthetic alluding to the disco era of 1960s and 1970s when the G383 was born. 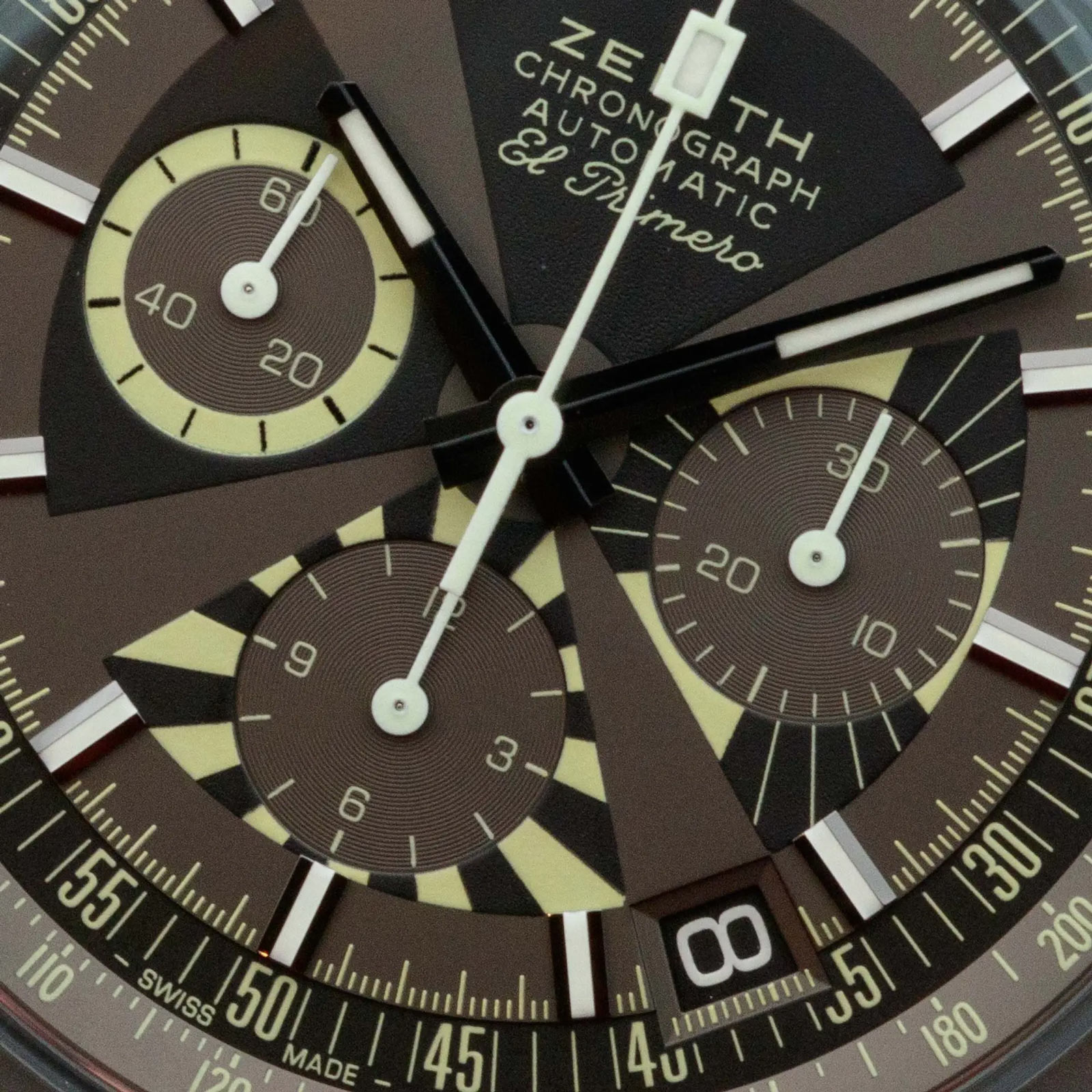 The case is a micro-blasted titanium coated in DLC, which complements the military-esque dial. Notably the Poker Chip was the first – and remains the only – classic, 38 mm El Primero with a titanium case.

Continuing the blend of new and old, the movement is the original El Primero 400 that’s almost identical to the 1969 original. As it is being phased out, this movement was chosen instead of the latest-generation El Primero 3600 (which has a lightning seconds), making the Poker Chip one of the last watches with the landmark calibre. 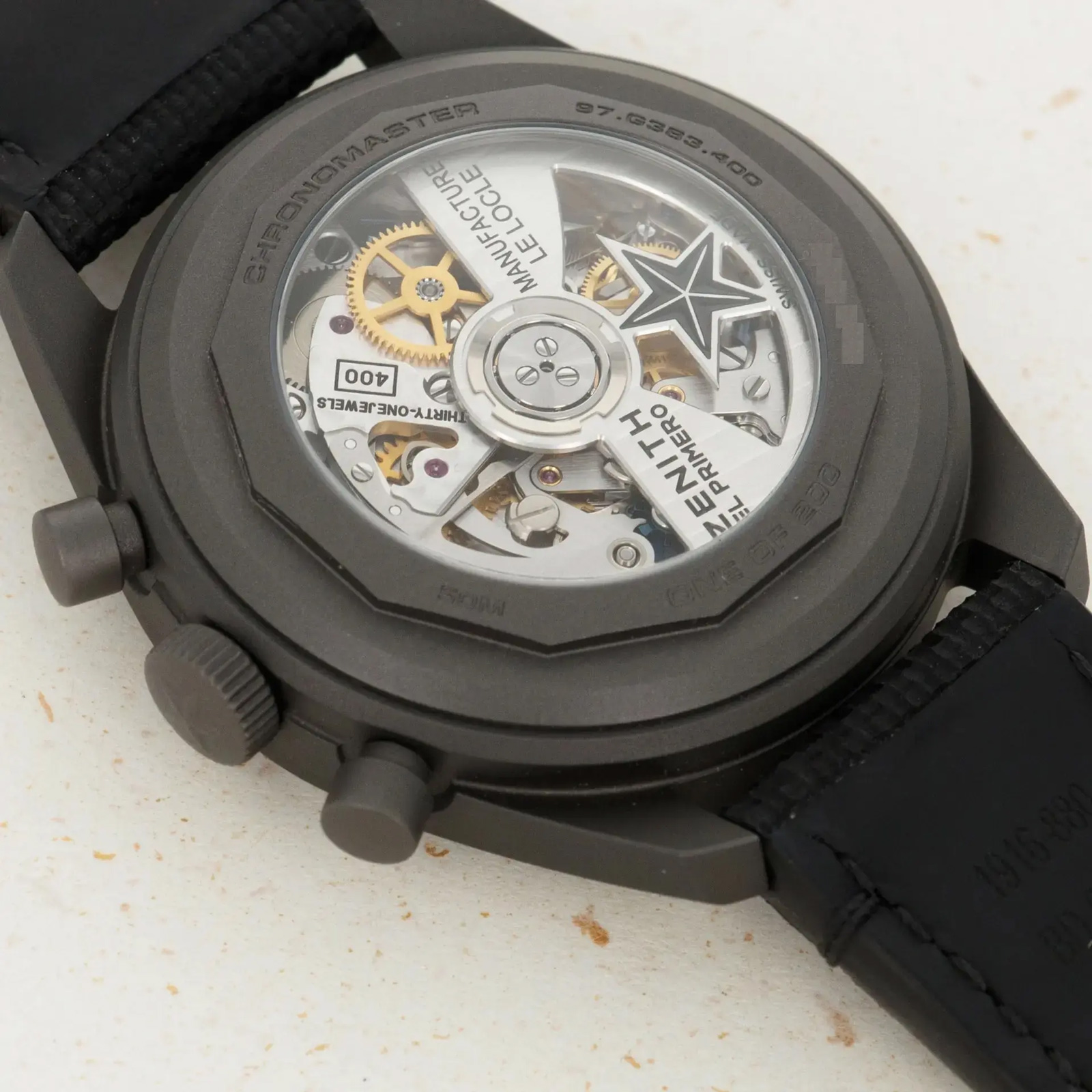