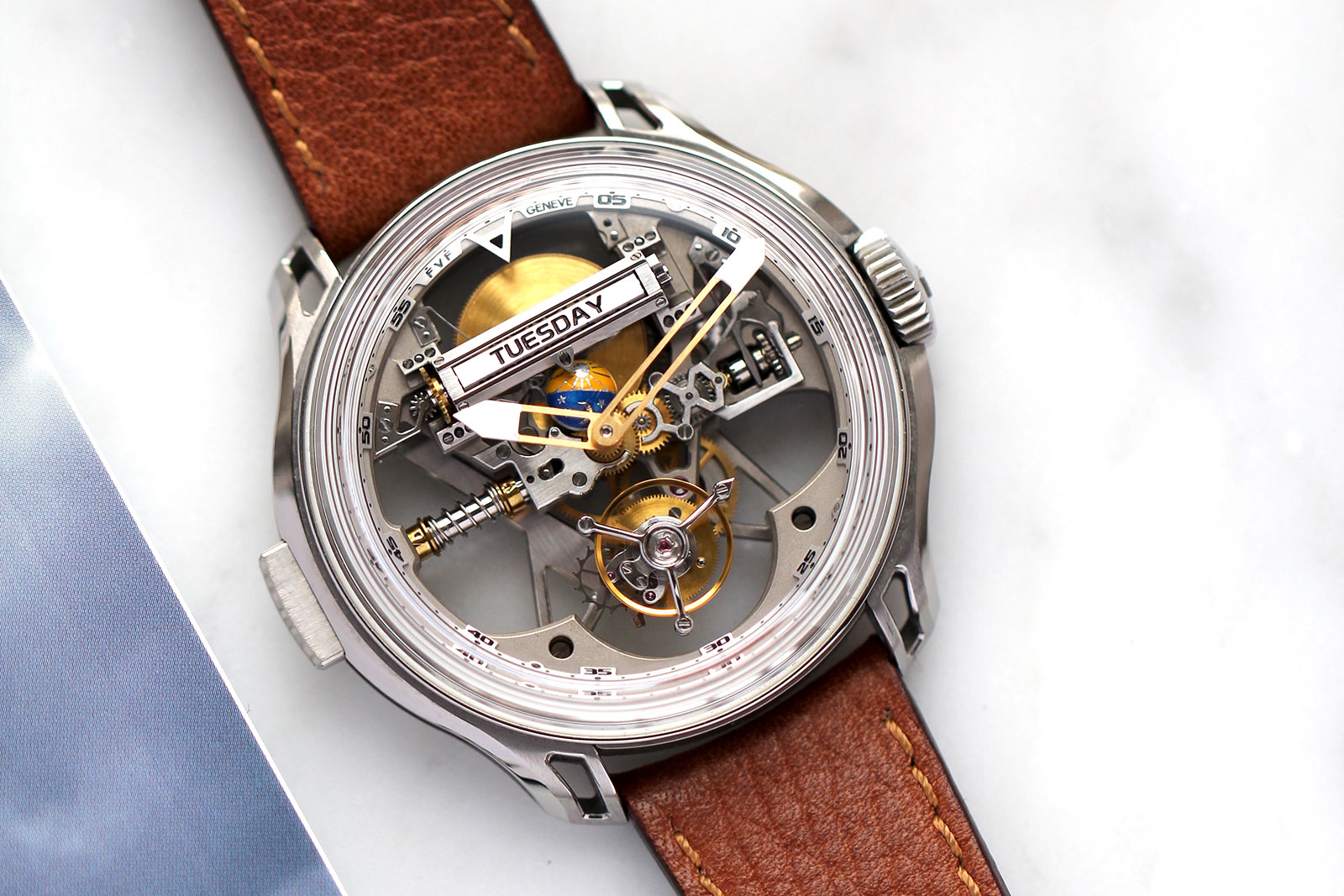 A Spanish watch designer who founded one of the hot independent brands during the lead up to the last financial crisis, Franc Vila has made a quiet return with the FVF1 C2 Tourbillon Superligero.

Turning away from the excessive style that characterised his original watches, Mr Vila now relies on the movement construction to create a distinctive aesthetic. Produced by an unnamed independent watchmaker, the FVF1 movement is open-worked to give it an airy feel. And it features a novel “piston” mechanism for the roller indicator for the day. 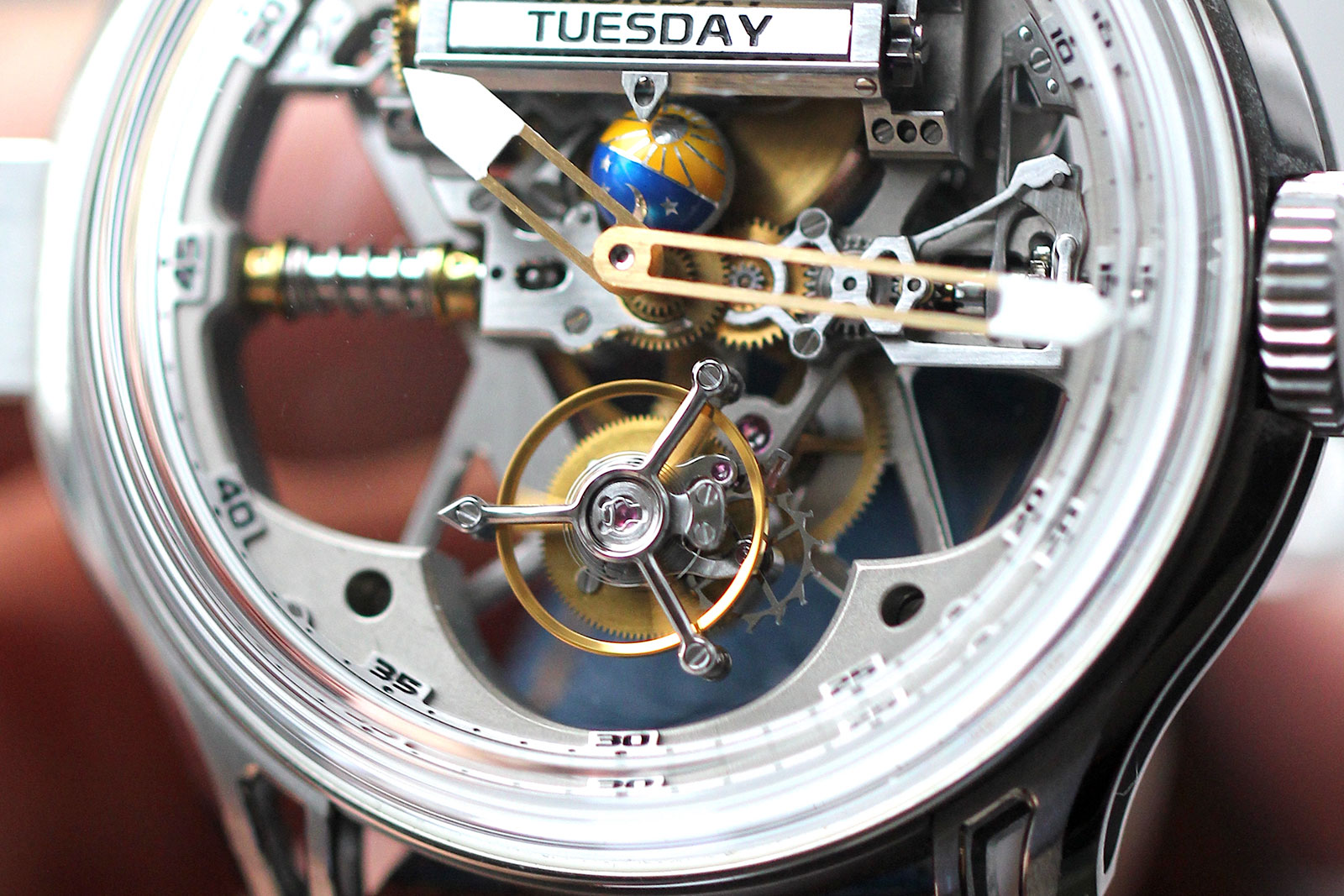 When I first encountered the FVF1 C2, it was interesting both from a visual and technical perspective. But I was sceptical as the brand has baggage. Mr Vila’s original brand went under after the finial crisis of 2007-2008. And while it was successful before it was not – at its peak the brand perhaps 500 watches a year – that brand’s watches were oddly styled, with a dial that resembled a monkey’s head (or a cobra according to the brand itself).

But a decade has passed and Mr Vila’s latest creation is appealing. The styling found in his original watches has been dialled back, which is a good thing. 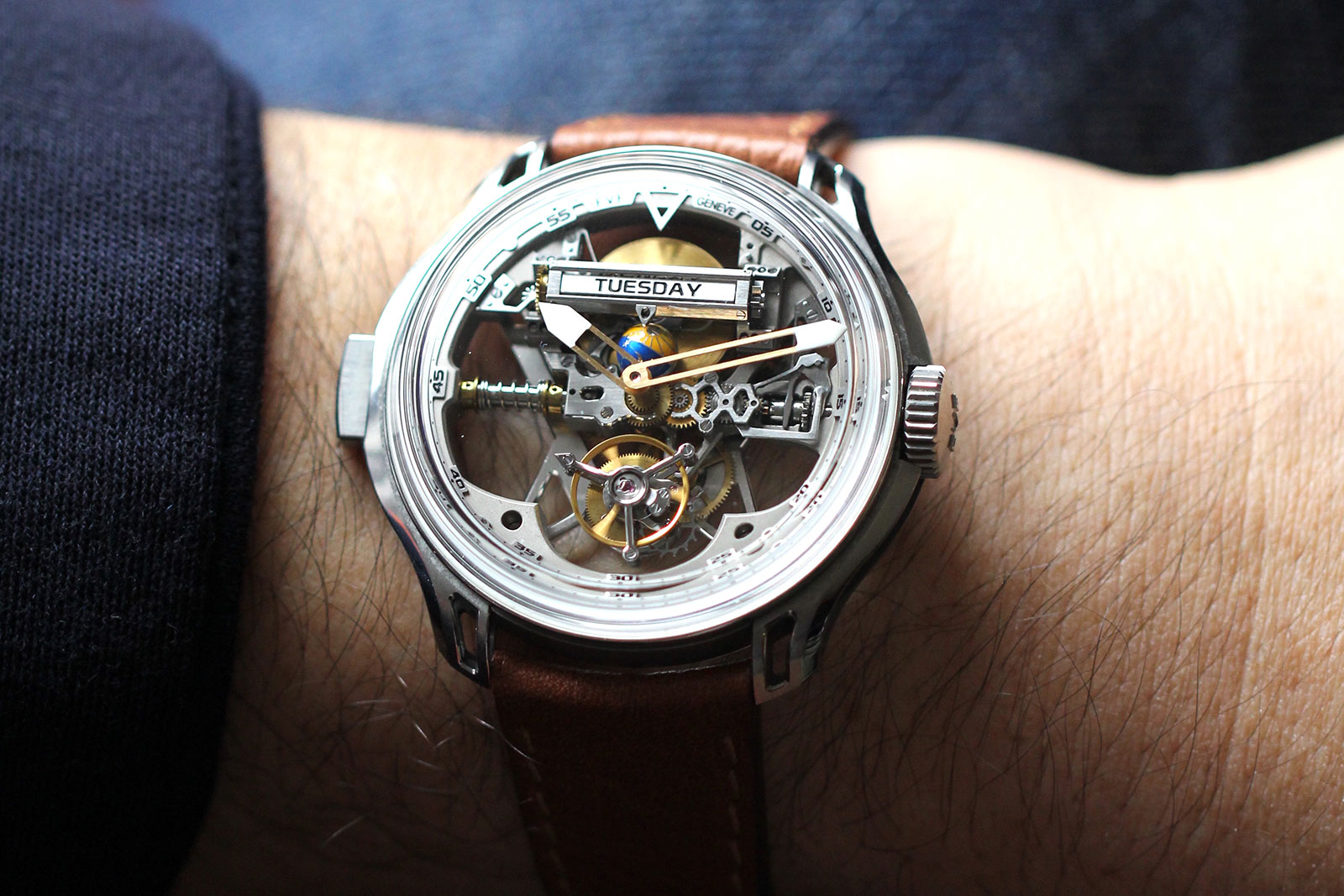 The movement is open-worked and unusually constructed, giving it a distinctive look despite the simple outline of the case. At the same time, it has a novel mechanical function with the “piston” adjuster for the day indicator. And it is also finished attractively to a level similar to that of the Poincon de Geneve-certified movements of Roger Dubuis or Vacheron Constantin.

Mr Vila is only making two of these a year, so his comeback is on a modest scale, but he’s certainly doing so in style. 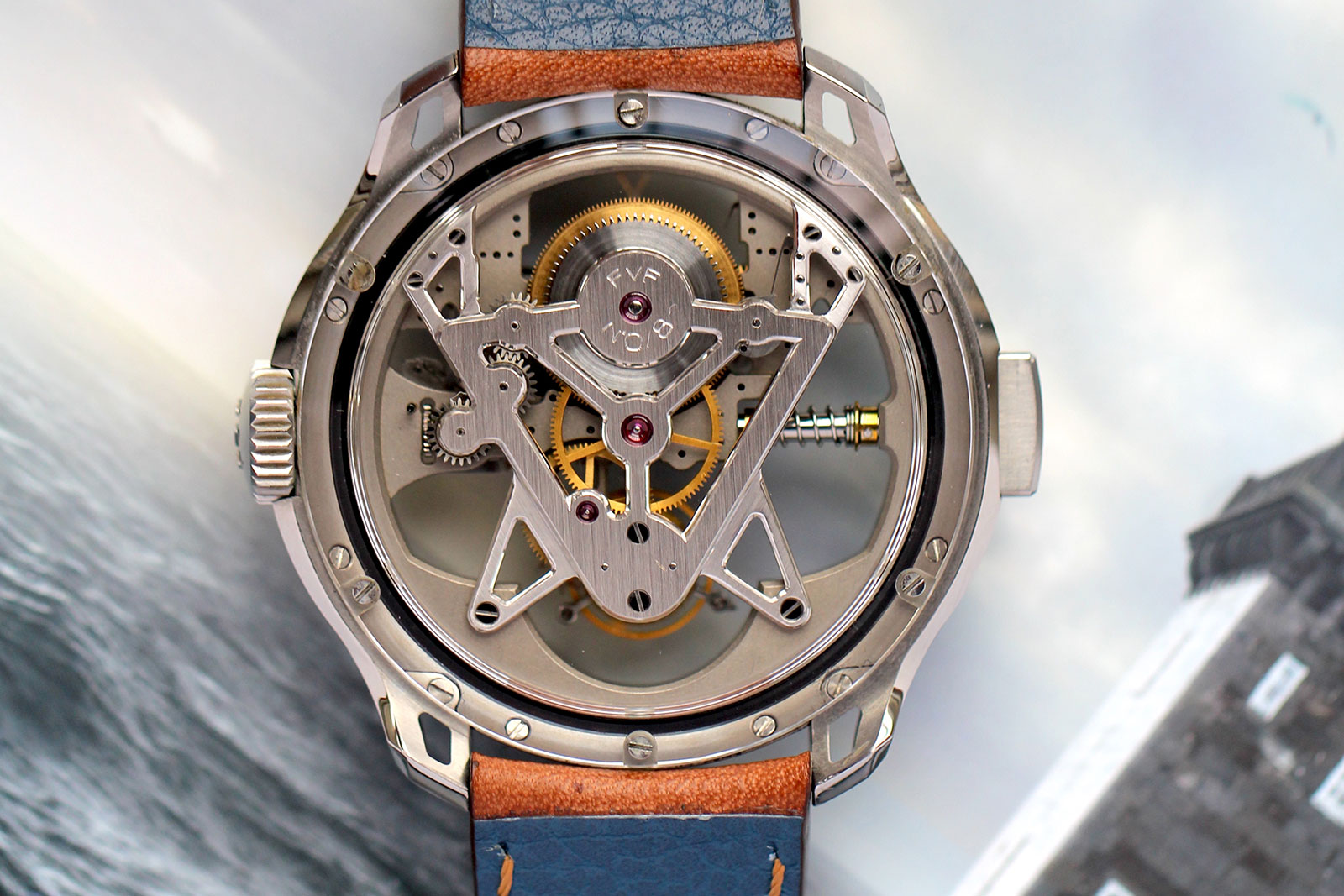 While no longer over the top, the FVF1 C2 still makes a statement. It’s large at 42.5 mm in diameter and it measures 13.9 mm high. The thickness, however, is overstated as much of it is due to the domed crystal and back, which replace both the bezel and case back ring.

The case is instead a titanium middle with sapphire crystals secured to the front and back with adhesive and gaskets. Because of the minimal case metal, it is also lightweight. 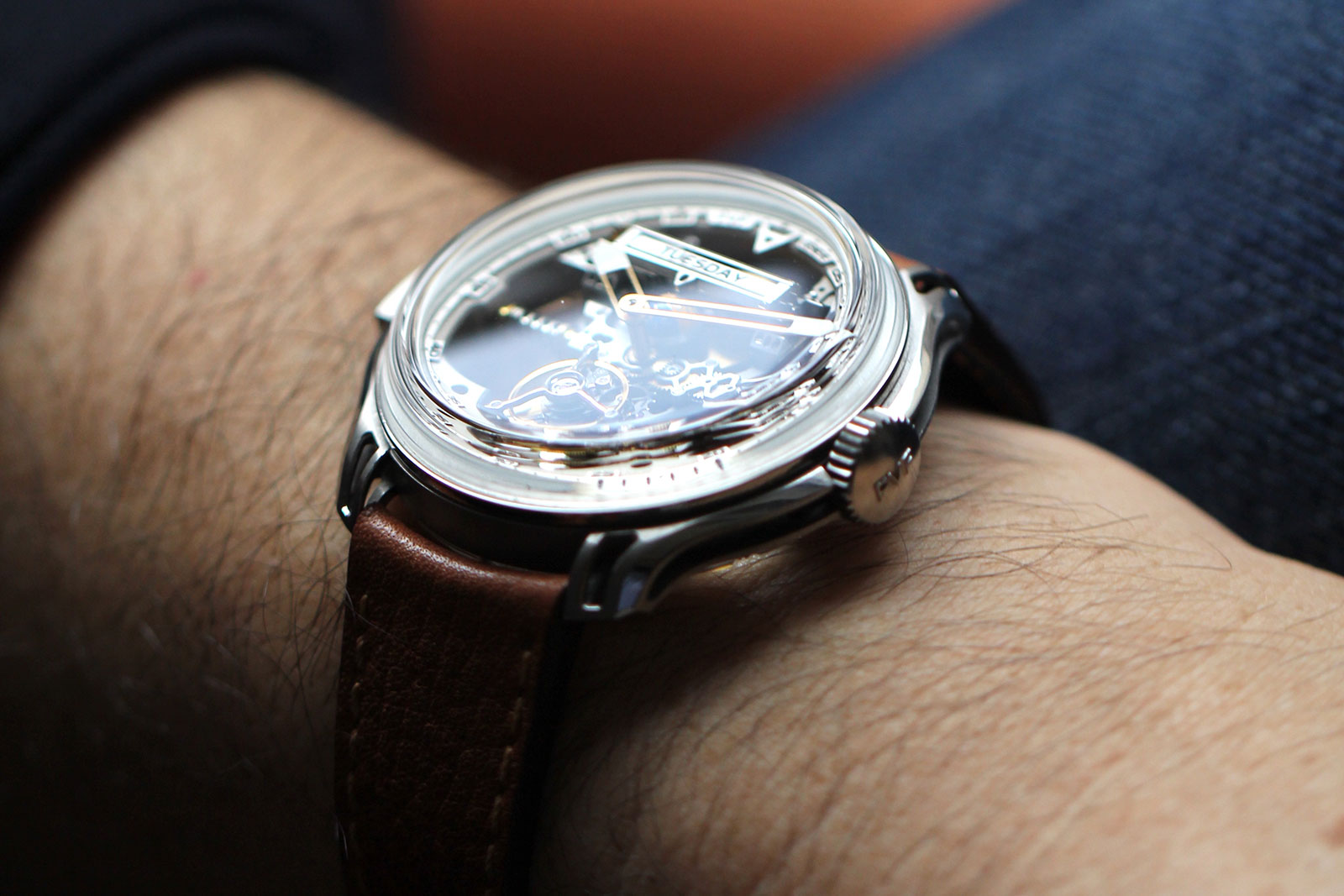 The domed crystals on the front and back also provide a good view of the movement from all angles. A number of details emerge after examining the movement, including the intricate bridge for the keyless works as well as the fired enamel globe for the day and night display.

The mechanics are arranged in a near-symmetrical manner on the front and back, but details like the day display make it interesting. And the movement boasts an impressively long, 100-hour power reserve on a single barrel. 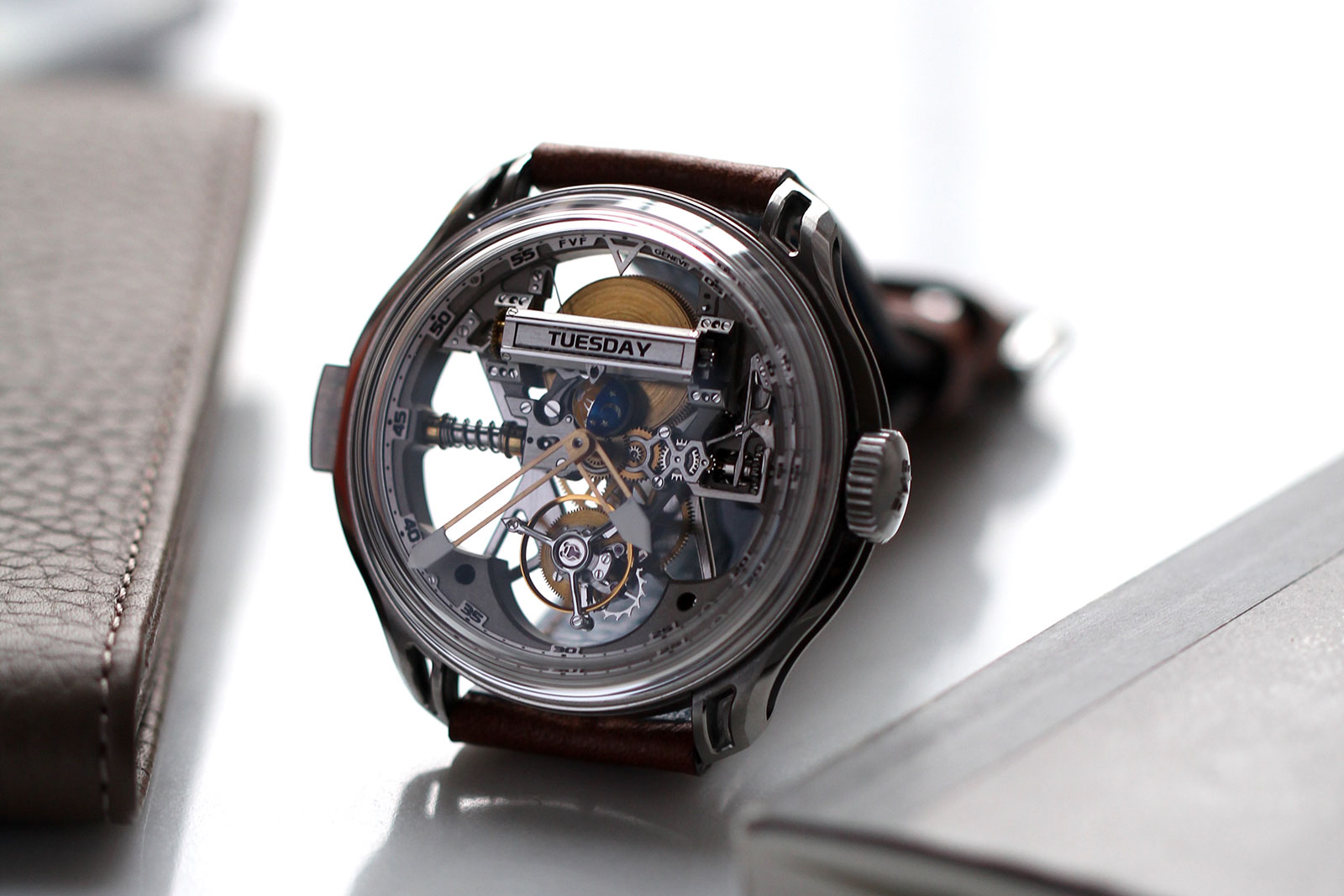 Secured by a massive, mechanical-looking bridge, the day of the week display is particularly unusual. It indicates the day on a seven-sided roller that can also be adjusted via the pusher at nine of o’clock. The pusher in turn actuates a “piston” that rotates the roller. 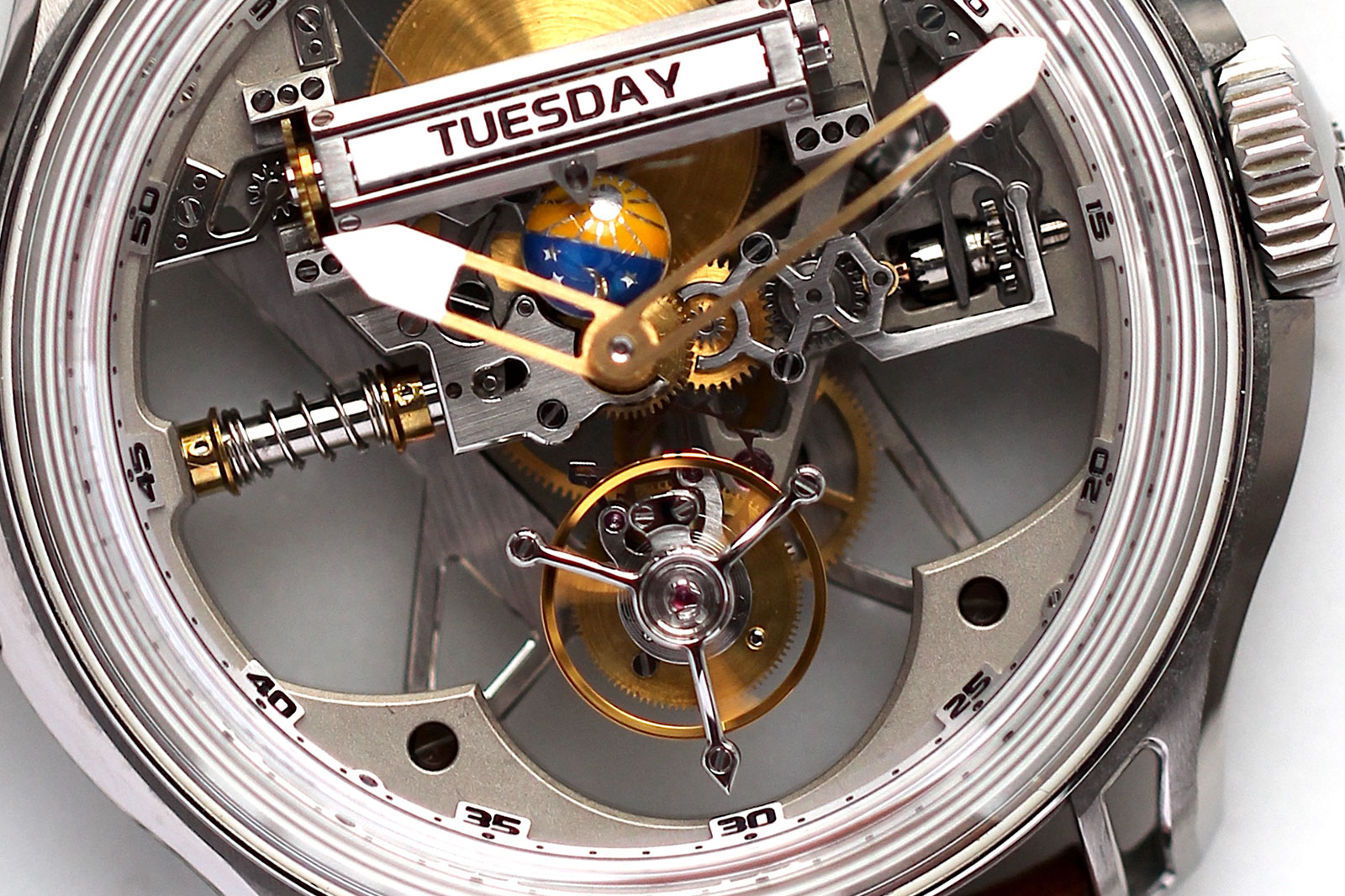 On the back, the Franc Vila emblem – a triangle that’s a stylised “FV” – forms the main plate. It’s finished with straight graining on the top and wide, mirror polished bevelling.

Notably, the main plate incorporates a trio of inward angles on its bevelling, a pleasing extra in terms of hand finishing. 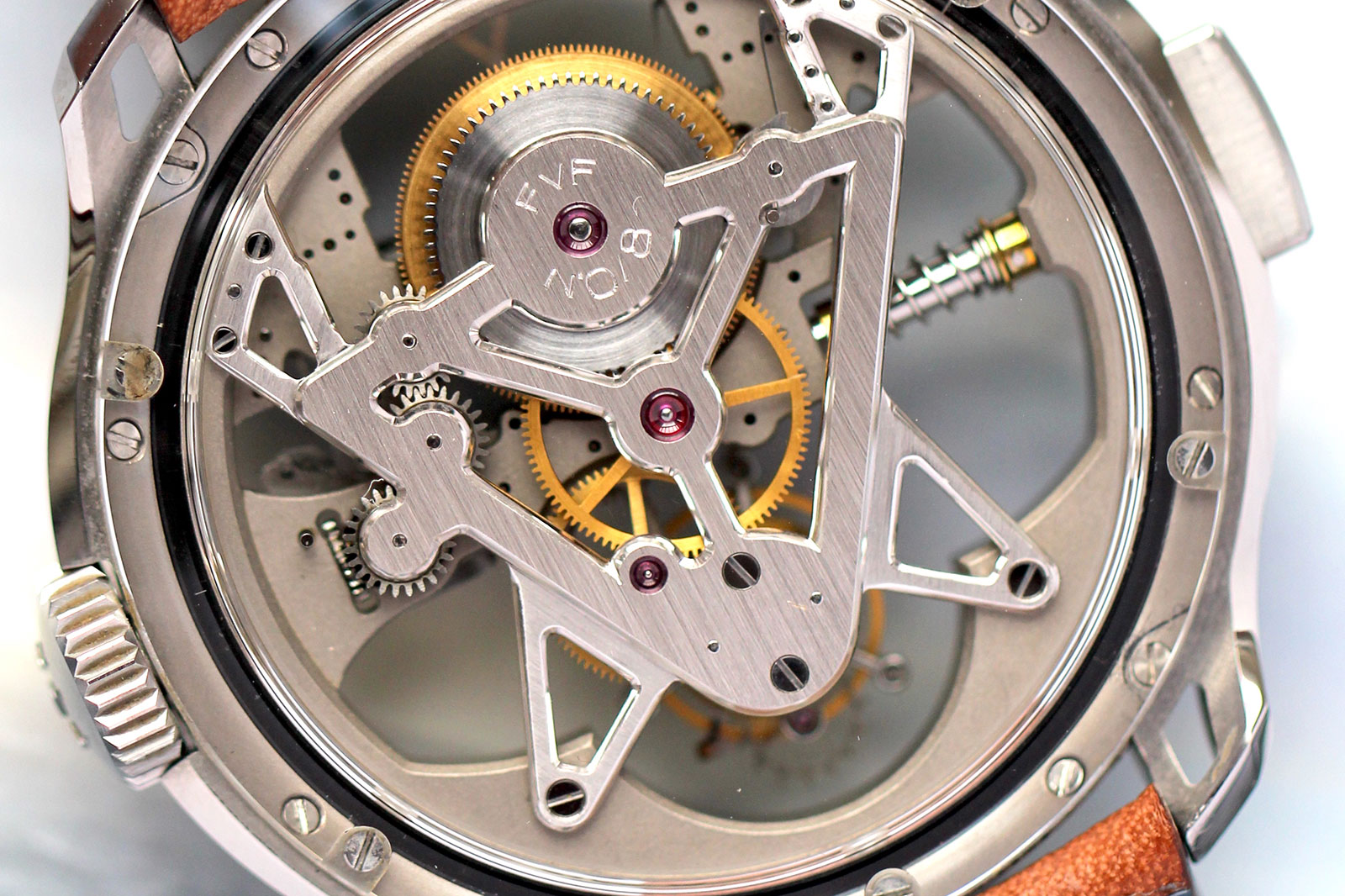