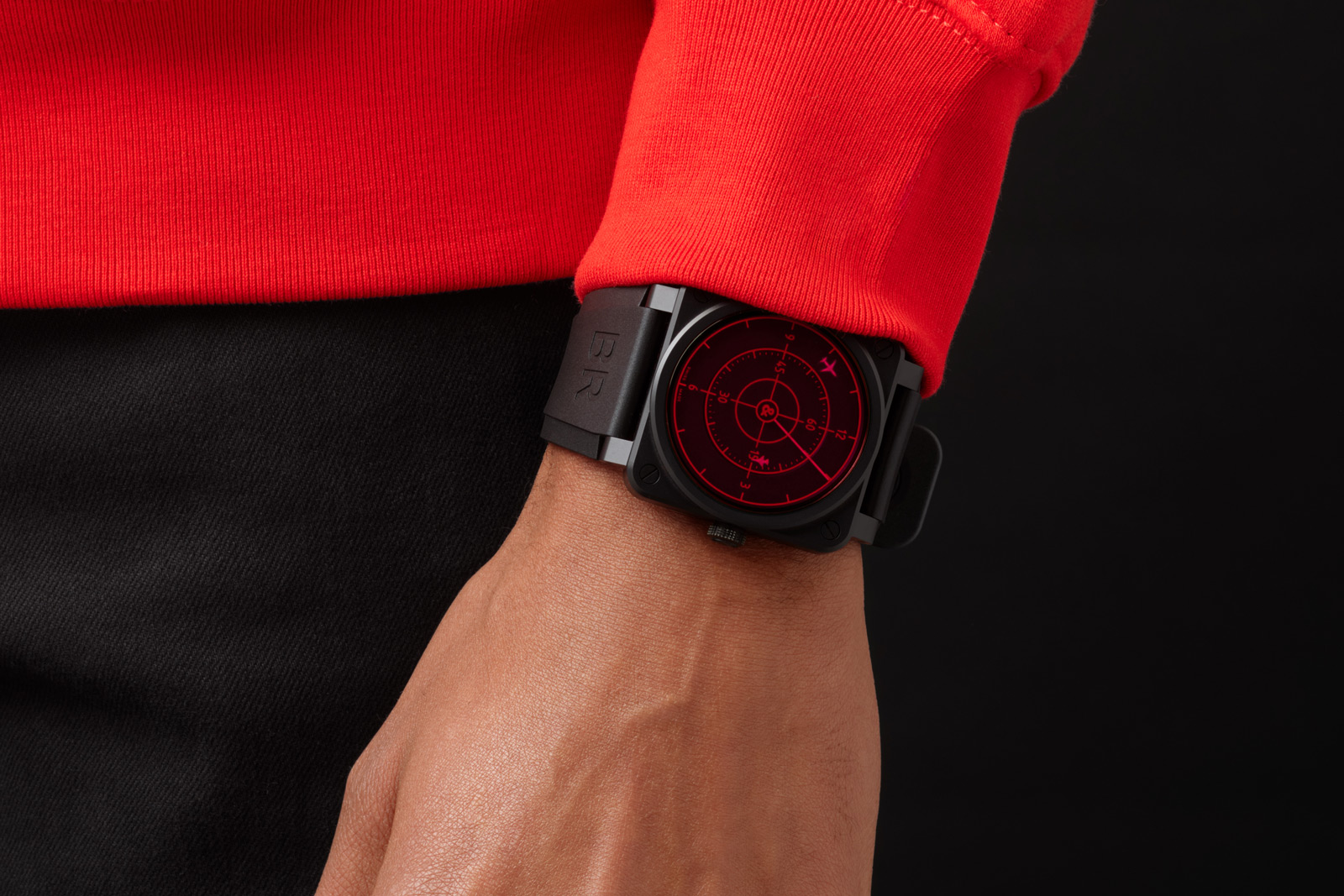 First introduced exactly a decade ago, the BR 01-92 Red Radar was one of the brand’s first wristwatches to reproduce a fighter jet’s instrument display, using a red-tinted sapphire crystal and rotating discs to create a dial resembling a flight radar display. A striking and clever idea, the flight-radar time display was unique even amongst the numerous aviation-instrument watches of Bell & Ross (B&R).

Now B&R is revisiting the concept with the BR 03-92 Red Radar Ceramic, which once again features a radar display but now in the more wearable BR 03 case. 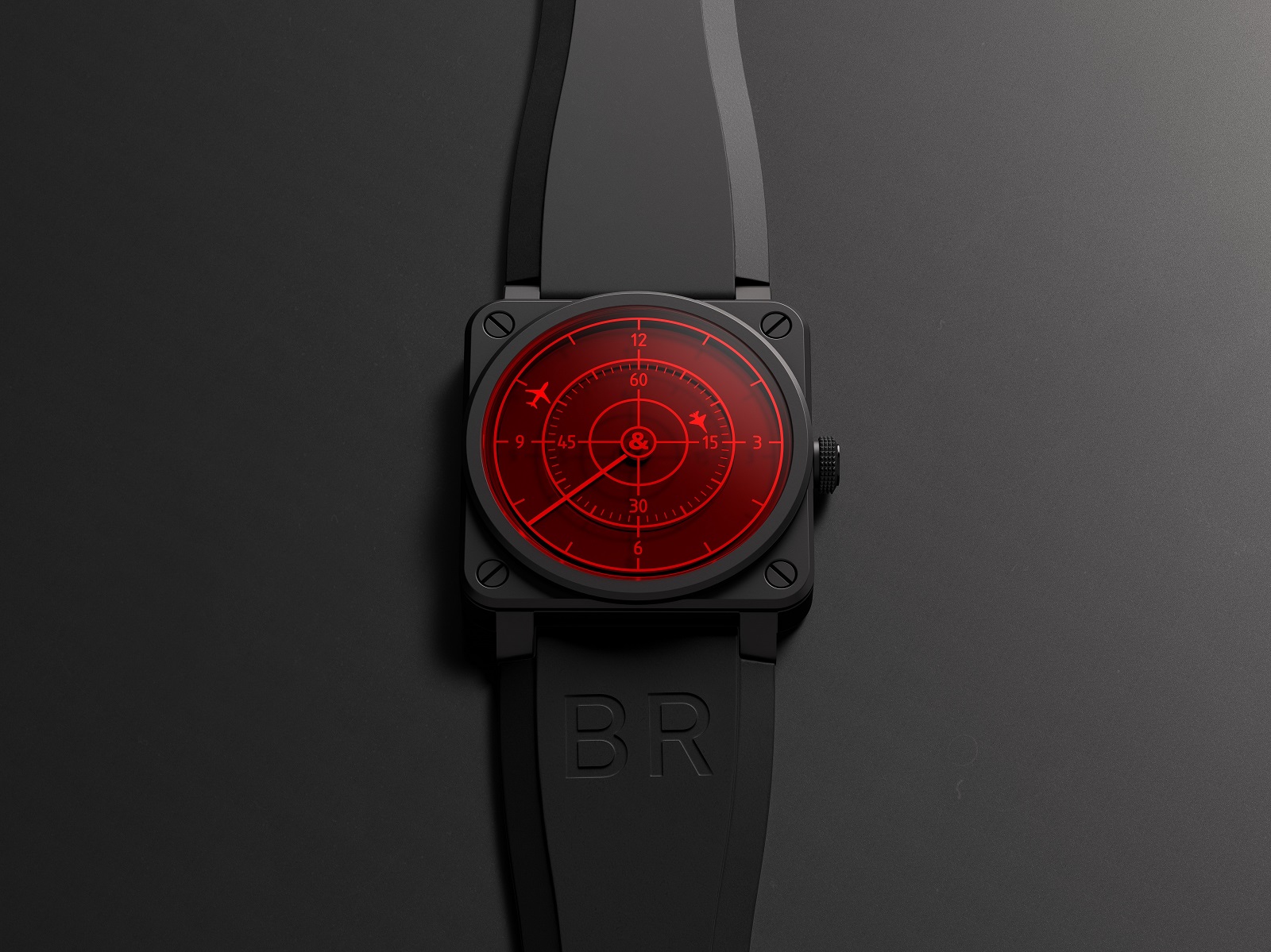 On the surface, the new BR 03-92 Red Radar Ceramic isn’t especially novel. The ceramic case is essentially the same used for last year’s BR 03-92 HUD, while the radar display is modelled on the 2011 original.

However, the new Red Radar is a clever rendition of the idea, and a substantial improvement over the earlier version. For one, the case is now 42 mm, making it significantly more wearable than the 46 mm original.

And the original also had a black-coated steel case – which typically shows wear and tear as the coating separates from the metal below – while the new model has a ceramic case also that’s scratch-resistant and generally more durable, meaning it will seem pristine even after years of use (though hard knocks or drops can chip or crack ceramic). 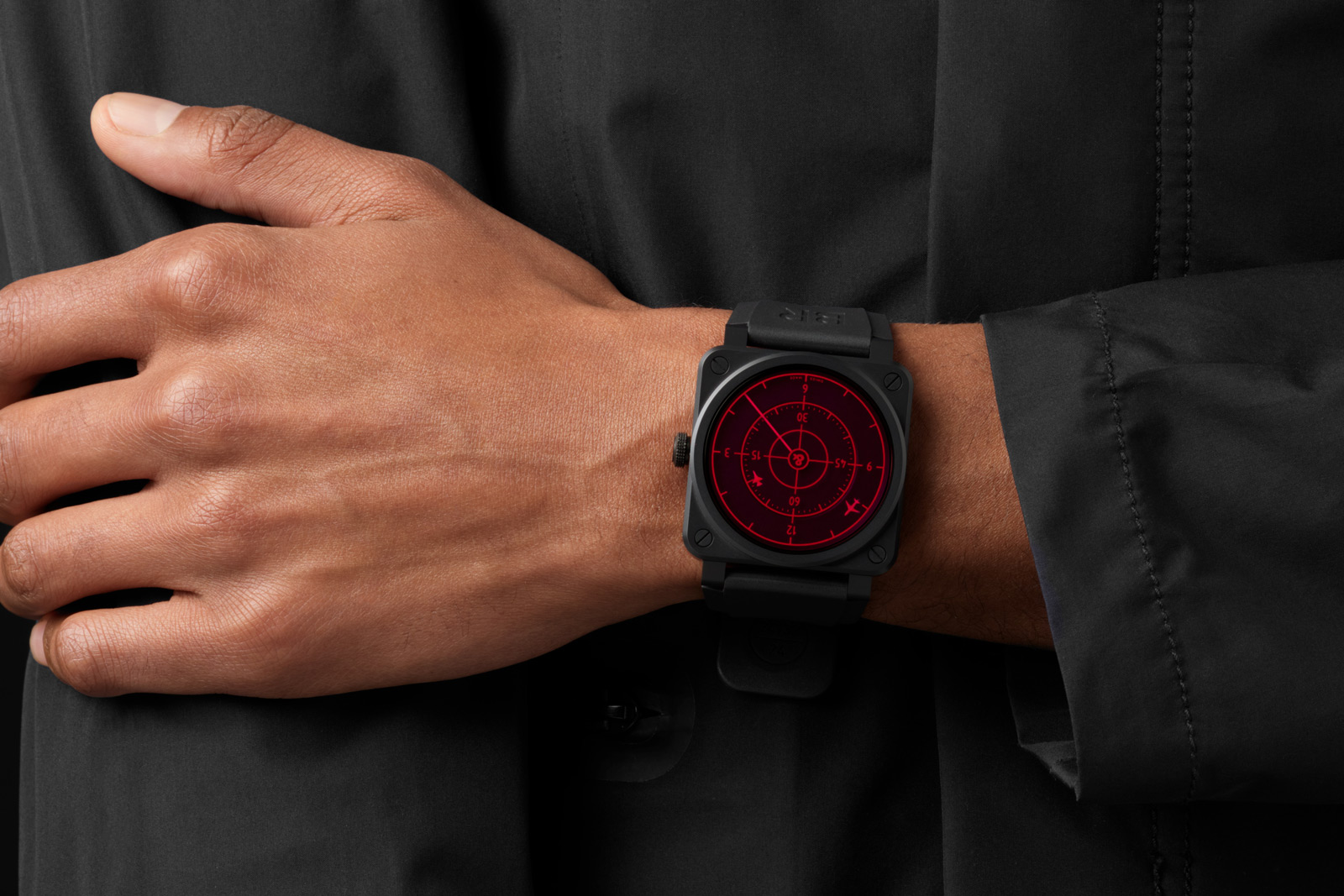 Nevertheless, the Red Radar still possesses the fun factor that made the original a success. I’m a fan of the radar aesthetic, as well as the combination of the red dial and black ceramic case – the watch looks unlike anything else on the market.

Priced at US$4,300, the Red Radar Ceramic is a tad more expensive than last year’s BR 03-92 HUD, but remains relatively affordable, considering the case material and novel display. This is one that’s worth the price, and likely one of the coolest watches that B&R has released in recent years. 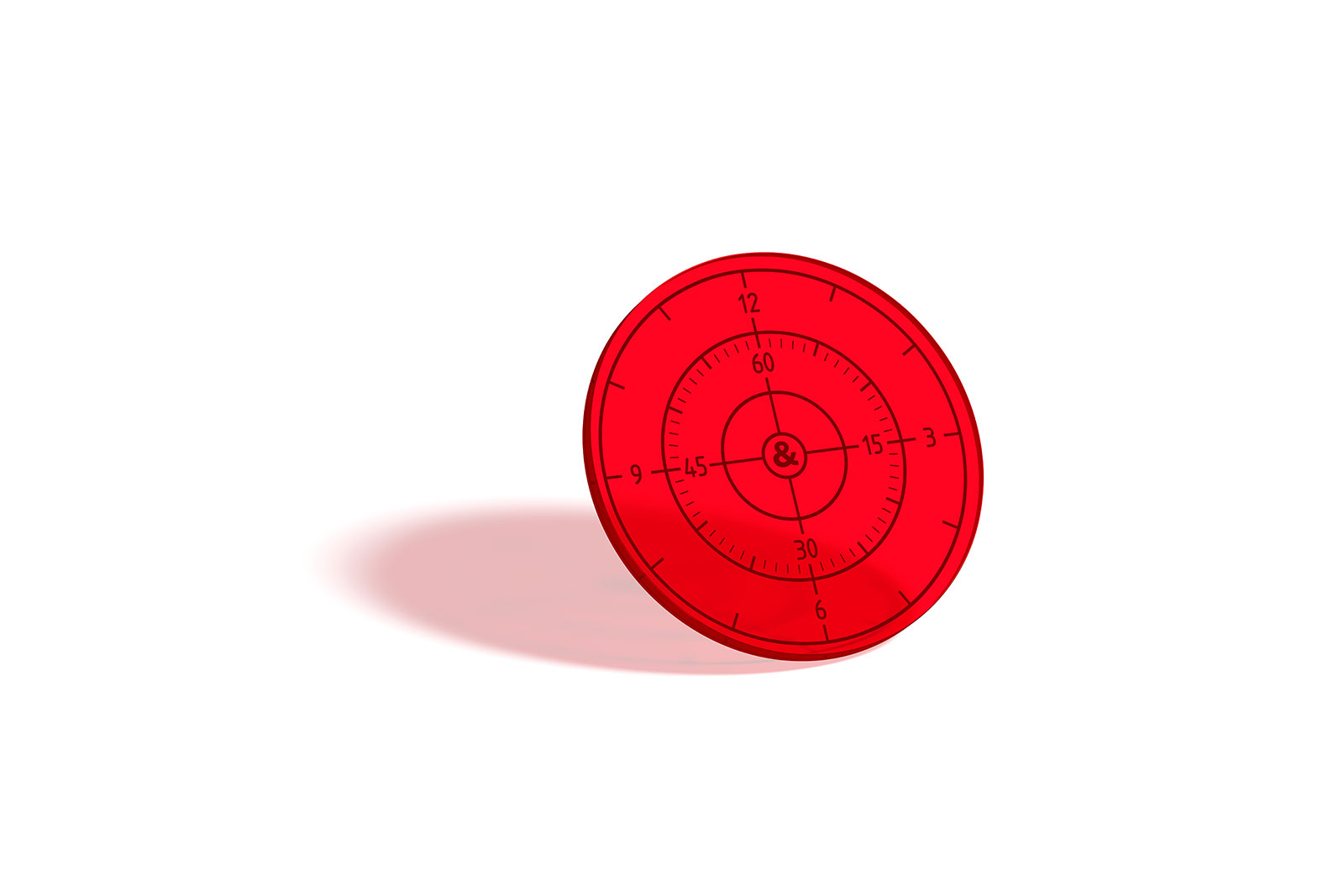 Instead of conventional hands, the Red Radar Ceramic utilises a pair of rotating discs, each printed with a plane emblem on its underside to indicate the time. The commercial jetliner on the outermost disc indicates the hours, while the jet fighter on the inner disc shows the minutes. The dial also incorporates a seconds hand that sweeps across the dial the way the scanner on a radar would. 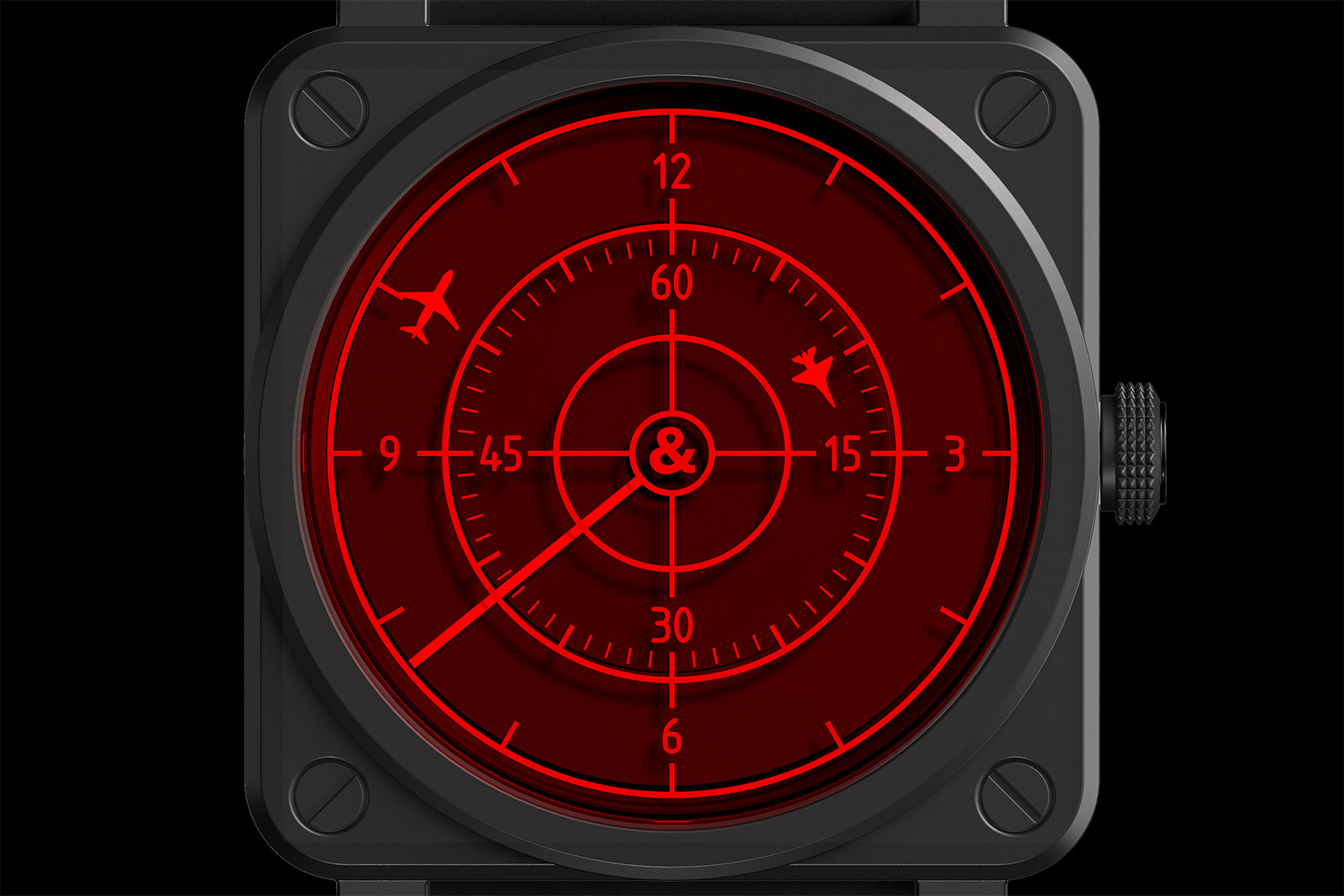 The discs and hands sit underneath the tinted sapphire crystal that has the hour and minute scales are printed on its underside, creating the radar display with “floating” hands. Though different in style, the concept that reminds me of the dials found on Ming watches. 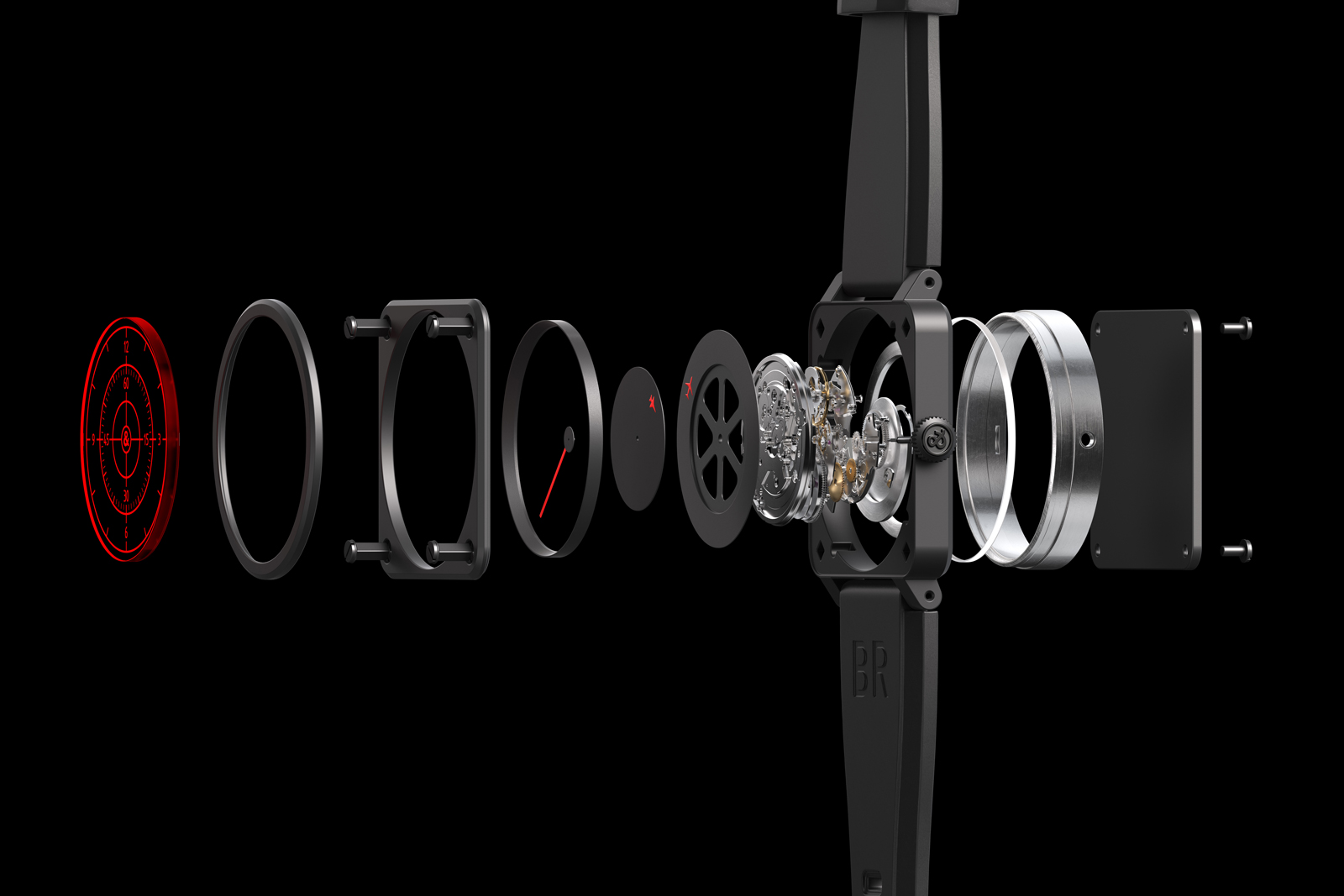 Under the hood is the BR-CAL.302, essentially a Sellita SW300 that’s in turn a clone of the ETA 2892. It’s a prosaic movement, but one that is robust and slender. However, it does have a short power reserve of just 38 hours, though that isn’t an inconvenience if the watch is worn daily.

To find out more, visit Bellross.com.

Arctic dress in white and grey.