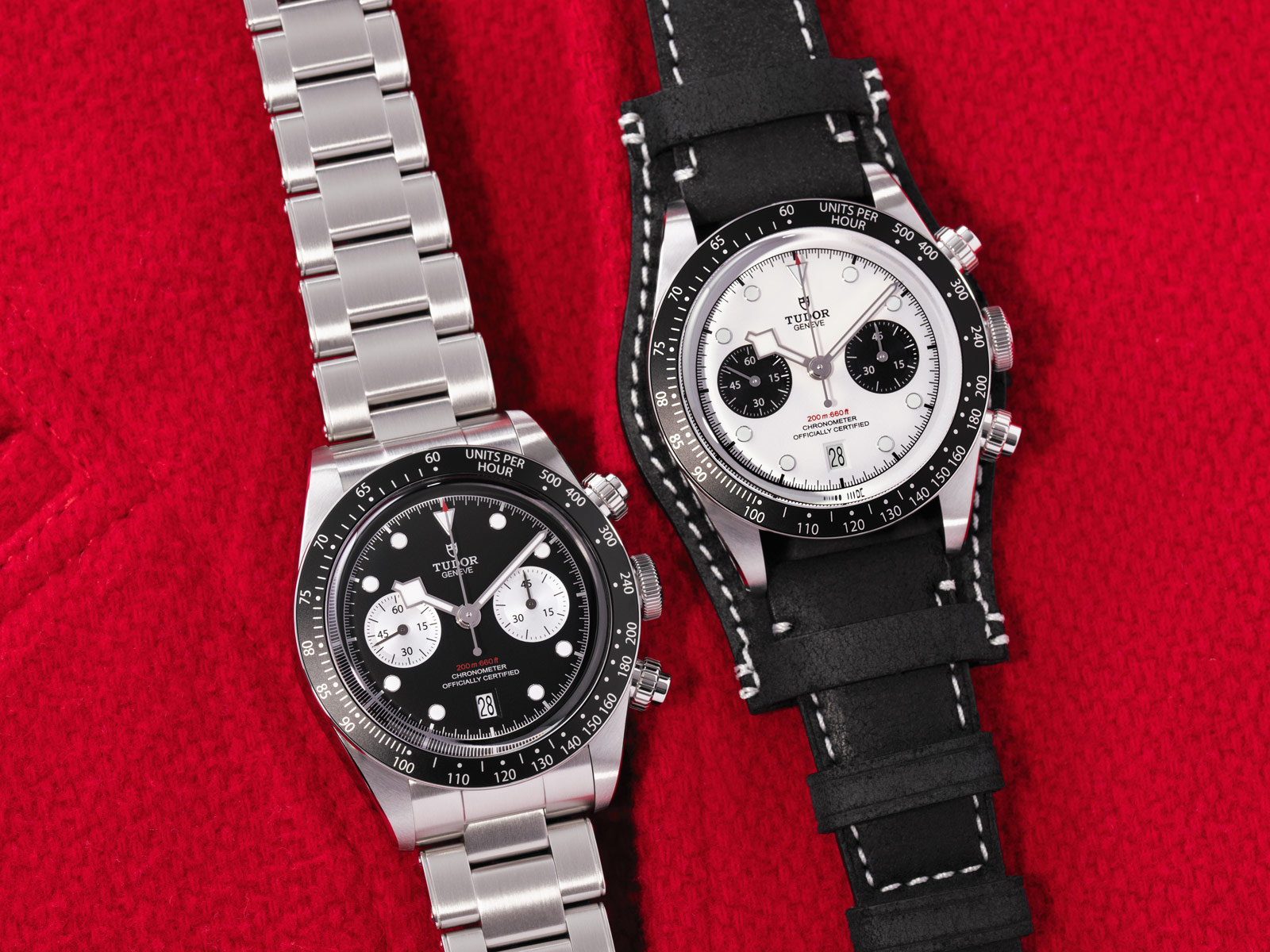 Tudor first starting making chronographs a half century ago, and to commemorate that milestone, the brand is facelifting the Black Bay Chrono by giving it a slimmer case as well as two new “panda” dials. Available in either a “panda” or a “reverse panda” dial, the new Black Bay Chrono sticks with the vintage-inspired styling of the Black Bay line, while also preserving the affordable pricing. Together that should make it popular amongst those seeking an affordable sports chronograph. 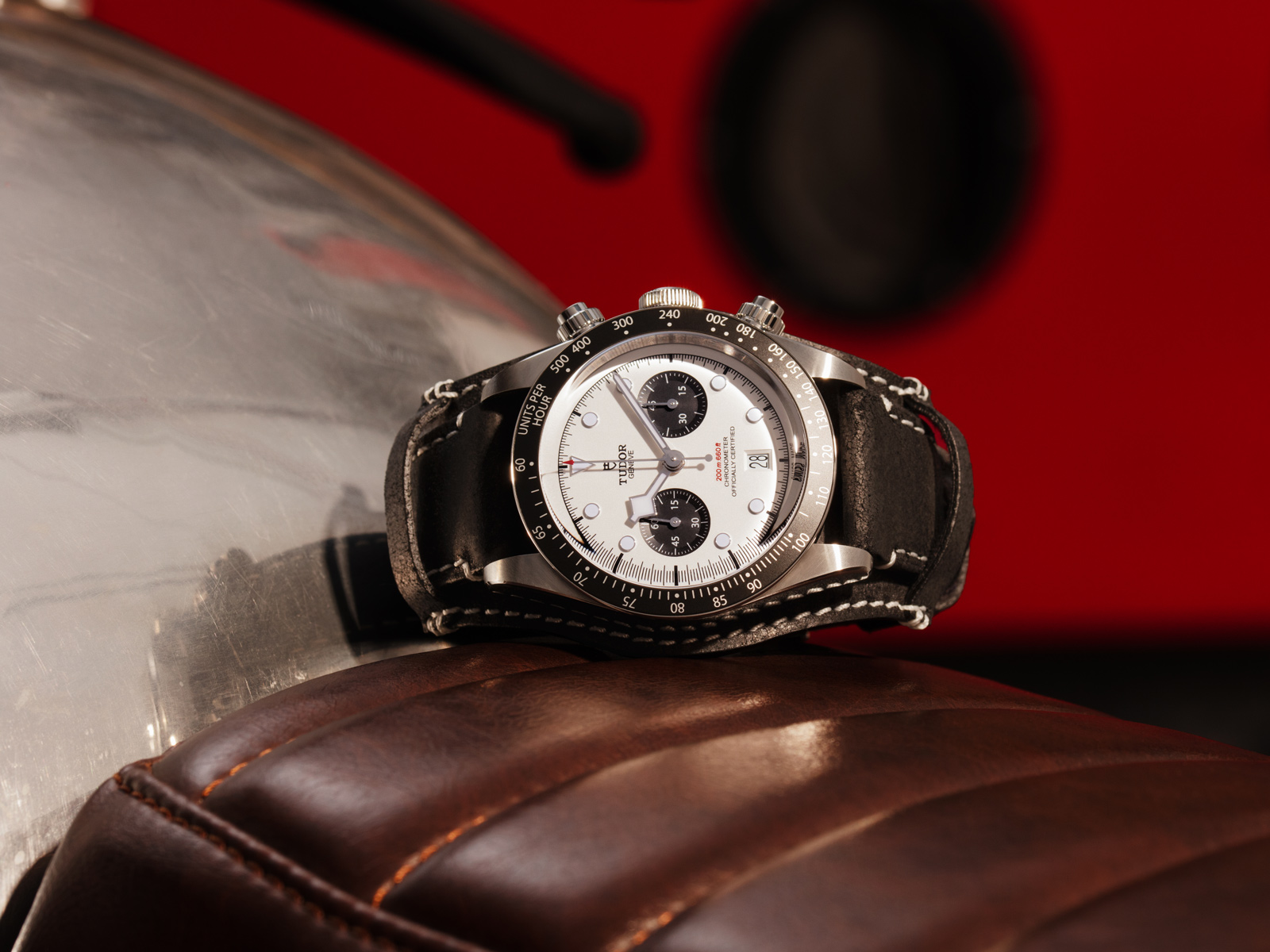 The new Black Bay Chrono with an opaline dial

Tudor typically iterates rather than revamp, and so the new Black Bay Chrono is an incremental improvement, in part a response to the consumers’ desire for a slimmer chronograph (because the original was fairly chunky).

The “panda” dials of the new Black Bay Chronos are more striking than the solid-colour dials of the 2017 original, because the juxtaposition of colour enhances the sportiness, while the monochrome aesthetic stays true to the utilitarian roots of the design. 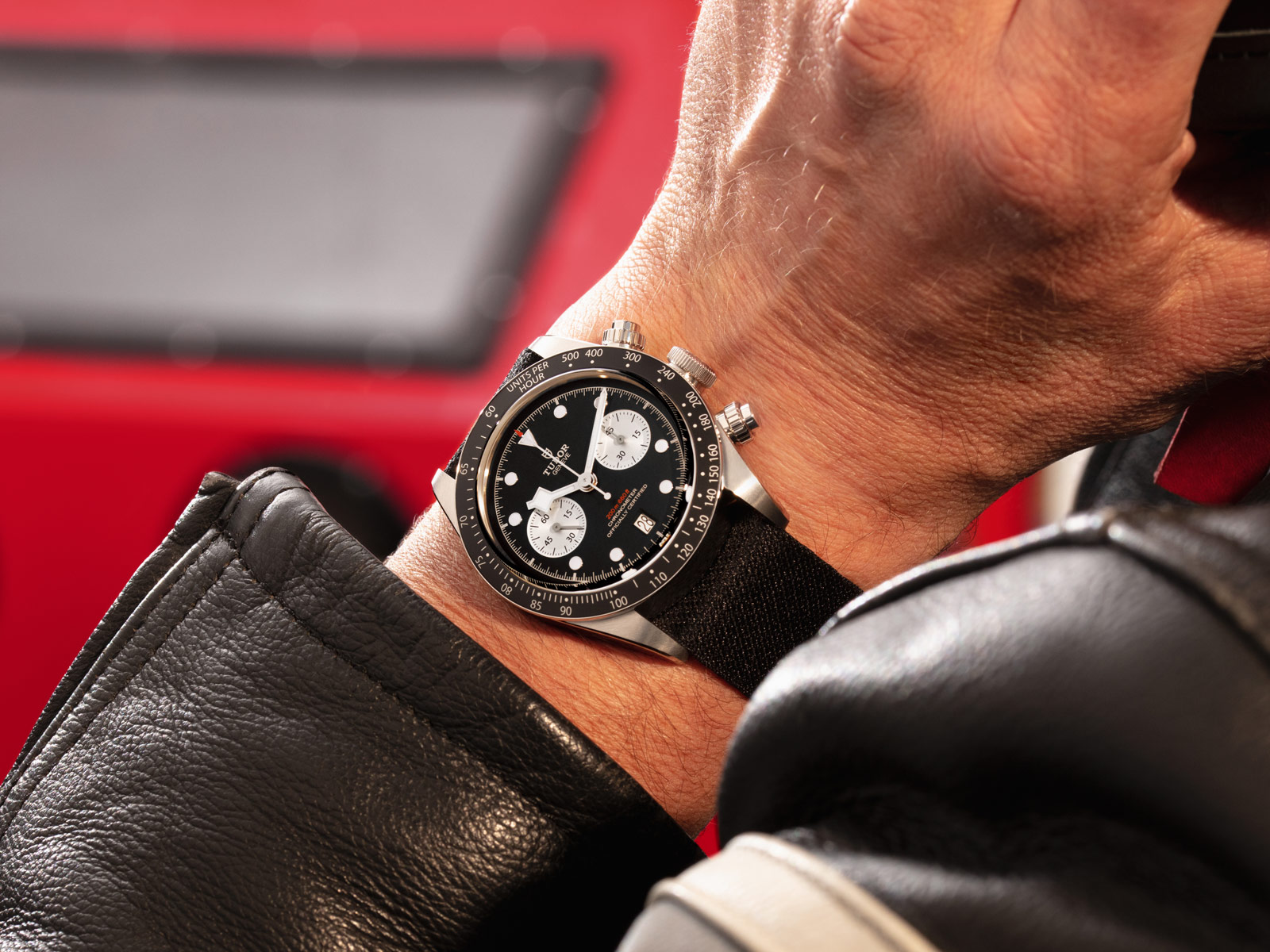 The Black Bay Chronograph with a “reverse panda” dial

In addition, the steel bezels of the originals have been livened up with black aluminium inserts, which provides a distinct, retro-racing chronograph feel. My only knock on the new design is the date – I think the dial would look cleaner sans date, and properly vintage-inspired.

My pick would be the Black Bay Chrono “reverse panda” matched with a metal bracelet. It possesses a stealthy, “tool” watch vibe that I really dig. 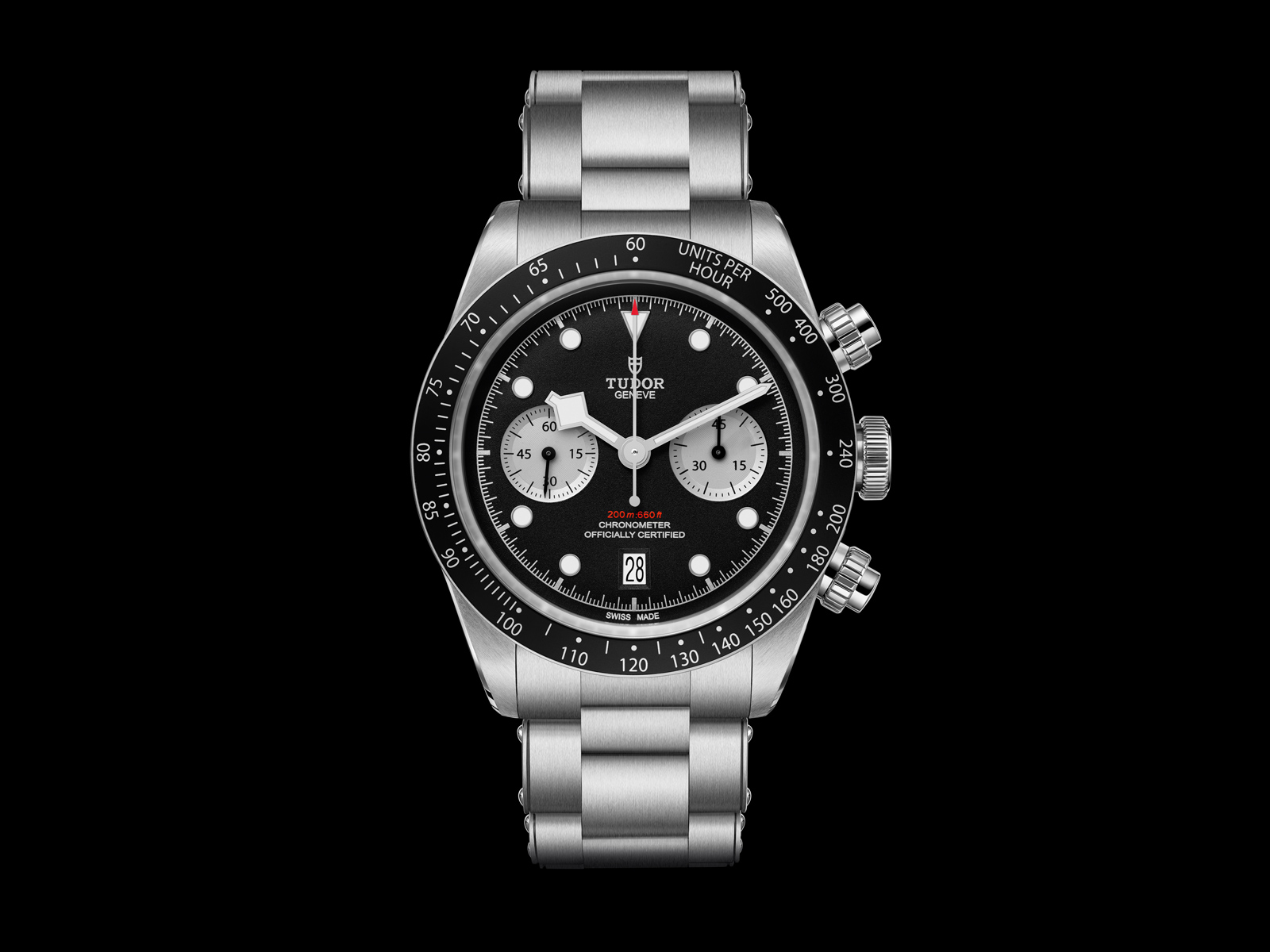 Part of its appeal is no doubt the similarity to vintage “Paul Newman” Daytonas, which also featured “panda” (or “reverse panda”) dials, screw-down pushers, and red text at six o’clock. The resemblance is there, prompting some to dub the new Black Bay Chrono the poor man’s “Paul Newman”.

Starting at US$4,900 on a strap, the new Black Bay Chrono is phenomenal value for money – especially given the high-spec movement – and likely the best-value sports chronograph one can find under US$5,000.

Aside from the “panda” aesthetic, the rest of the dial remains the same as on the previous-generation Black Bay Chrono. Tudor’s signature “snowflake” hands are present, as are the circular applied indices that have become something of a Black Bay hallmark. 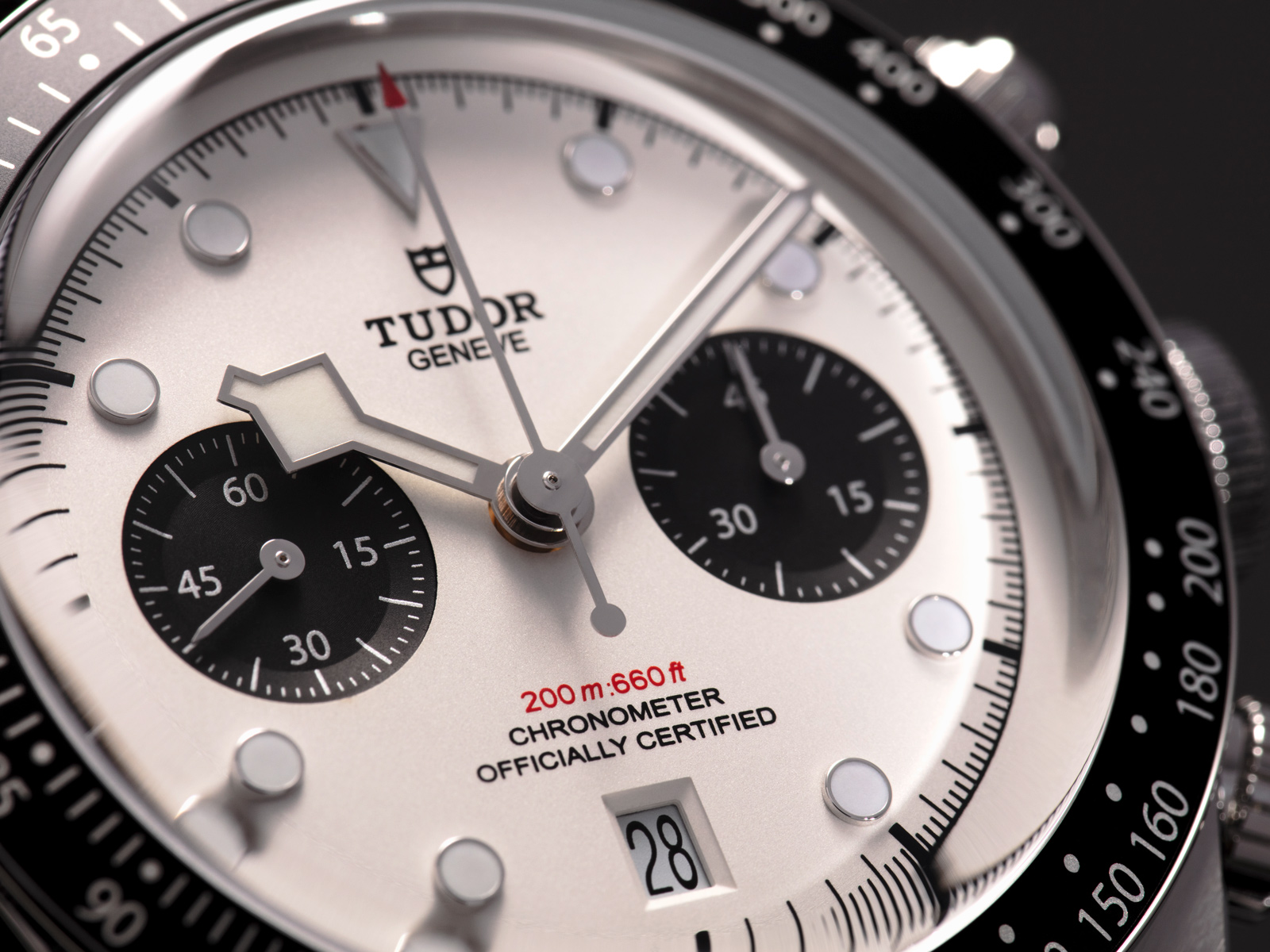 The sub-dials are recessed, providing depth to the dial 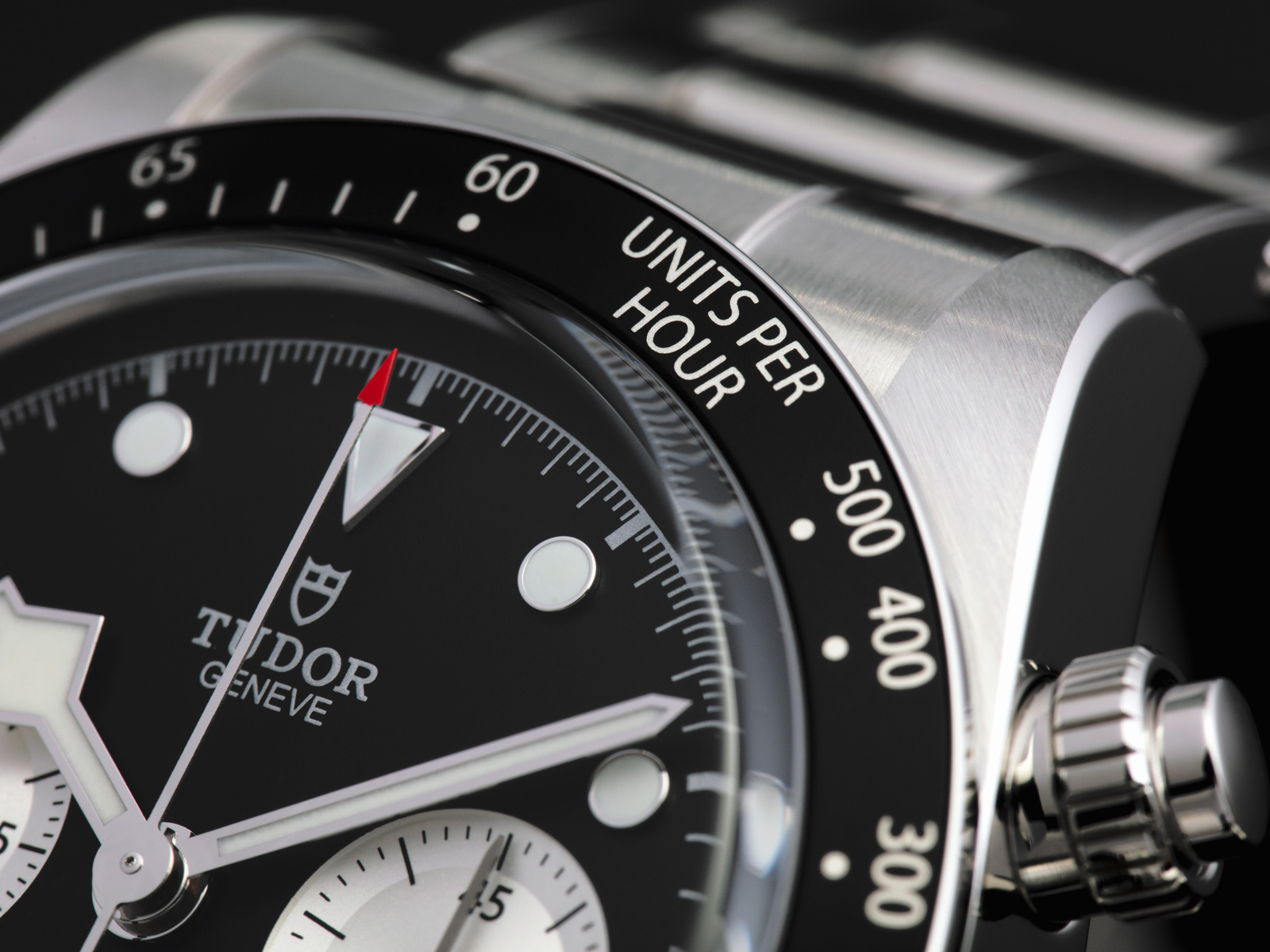 The sapphire crystal is slightly domed, making it reminiscent of the acrylic crystals found on Tudor chronographs of yesteryear

Tudor describes the new Black Bay Chrono case as being “refined by the ingenious cut of the lower part of the sapphire crystal and a repositioned movement”. What that means is that the dial sits closer to the crystal – and consequently the movement also moves upwards towards the crystal – reducing the overall height of the watch. At the same time, perceived height is further minimised by the bevel on the lower edge of the case.

The case size remains the same 41 mm as the first-generation model, but the height has been slightly reduced, trimmed from 14.9 mm to 14.4 mm. The thinner case is essentially identical to that first seen in 2019 on the Black Bay Chrono Dark and Black Bay Chrono S&G. 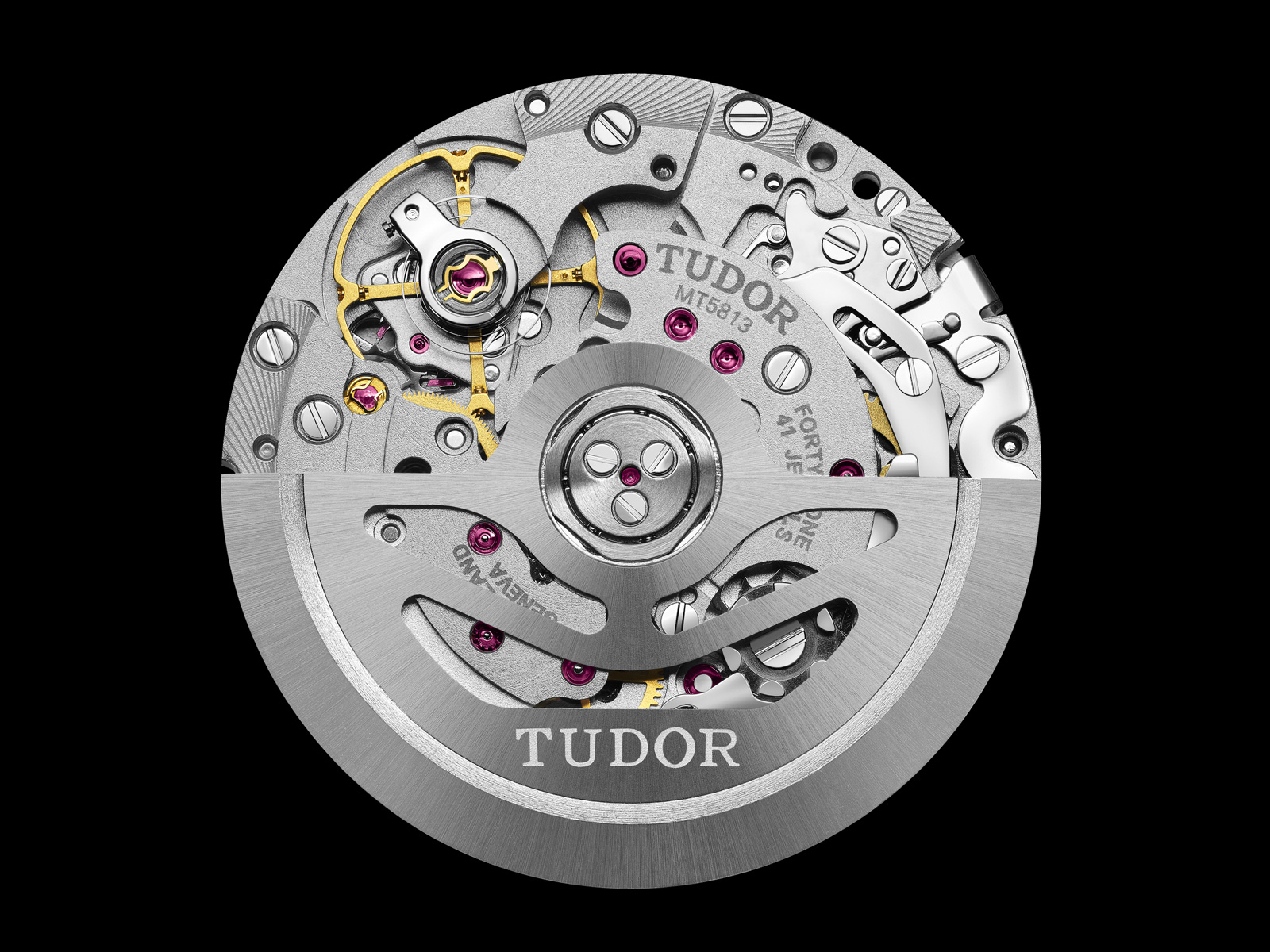 The watch remains powered by the MT5813, based on Breitling’s Calibre 01 and customised by Tudor. Featuring a vertical-clutch and column-wheel chronograph, the movement is fitted with Tudor’s free-sprung, adjustable mass balance wheel as well as a silicon hairspring. It is also COSC-certified, and features a handy three days of power reserve.

Availability: Now at Tudor boutiques and authorised retailers
Price: US$4,900 (strap); US$5,225 (bracelet)

A big number but smaller.