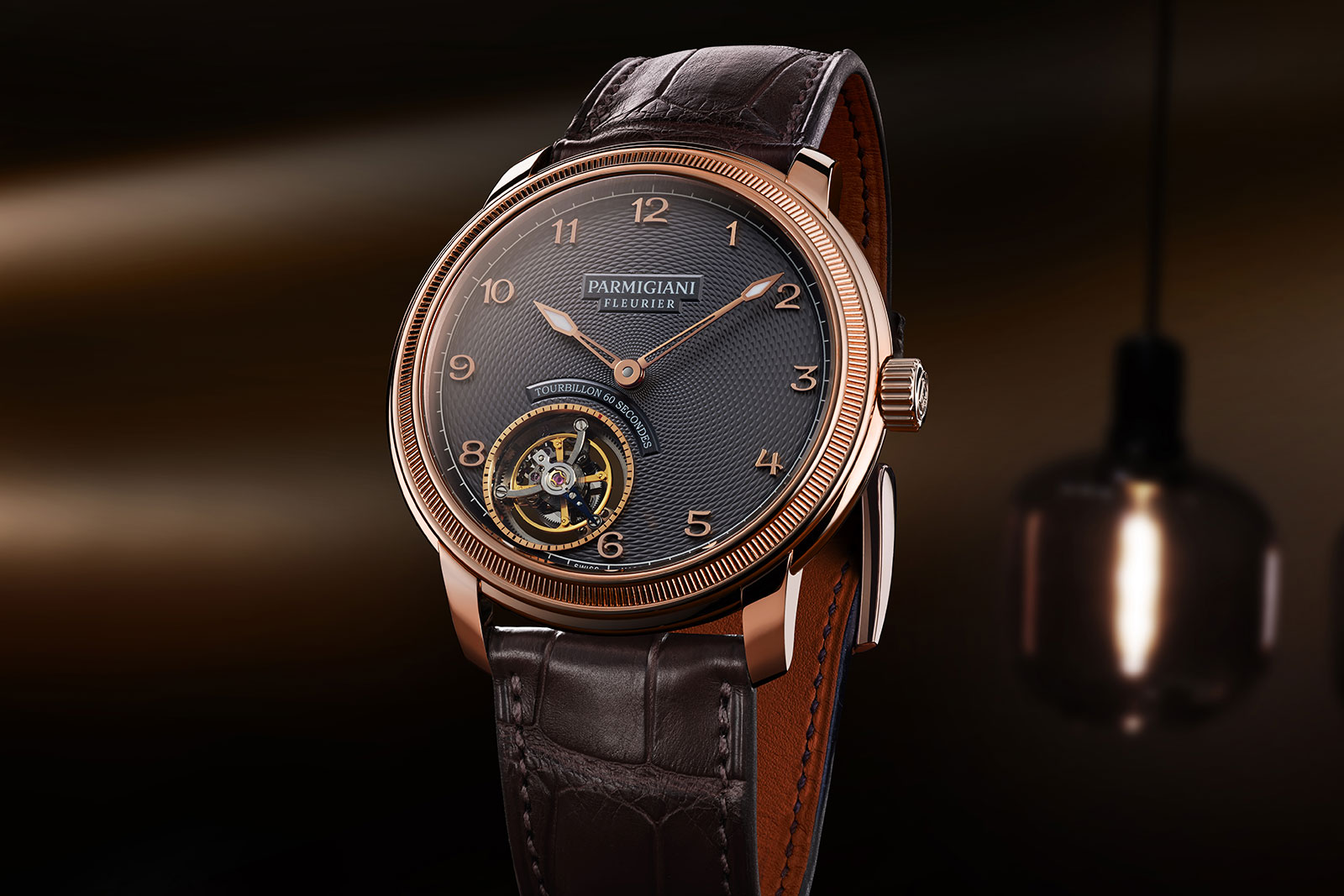 The very first case designed by Michel Parmigiani when he founded his eponymous brand, the elegant Toric is now primarily used for haute horlogerie watches. The latest to join the line up is the Toric Tourbillon Red Gold Slate, an extra-thin wristwatch with a flying tourbillon.

Though Parmigiani has tried its hand at contemporary case designs, its true strength is still classical style that references Breguet and other past century greats that Mr Parmigiani is familiar with thanks to his background in watch restoration.

So it is with the Toric Tourbillon. Despite being relatively simple in style, the watch is immediately recognisable as a Parmigiani. It has a strongly balanced aesthetic between the guilloché dial, knurled bezel and flying tourbillon.

But the prominent “Tourbillon 60 Secondes” label on the dial detracts from the clean style of the dial. Also, the 42.8mm case, though slim, might be a point of contention as it is on the large side for a slightly formal watch.

Styling aside, Parmigiani quality is impeccable, for both the internal and external components. In that respect, there’s little to criticise. 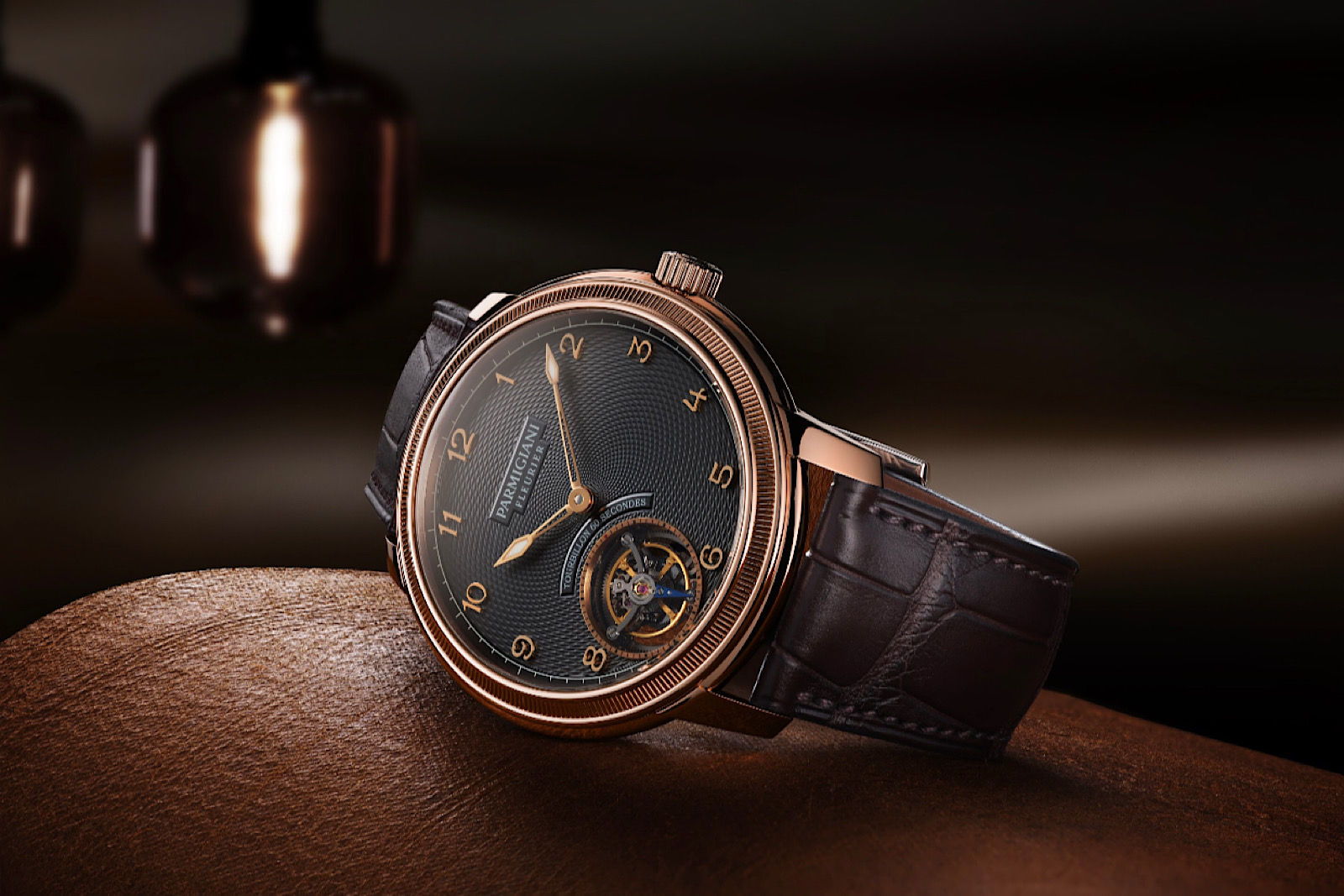 The very first watch designed by Mr Parmigiani when he launched his brand in 1996 was the Toric Memory Time, a slim, dual time zone watch. Though slightly tweaked, the current Toric case sticks closely to the design of the original, particularly with the prominent knurled bezel that is decorated by a hand-operated machine.

Similarly executed the traditional way is the dark grey dial that’s finished with a “grains of rice” guilloche. And all of the finely shaped, applied hour numerals are 18k rose gold. In another nod to Mr Parmigiani’s personal history, the flying tourbillon is located at seven o’clock – referencing to the time of his birth, 7:08 am (on December 2, 1950). 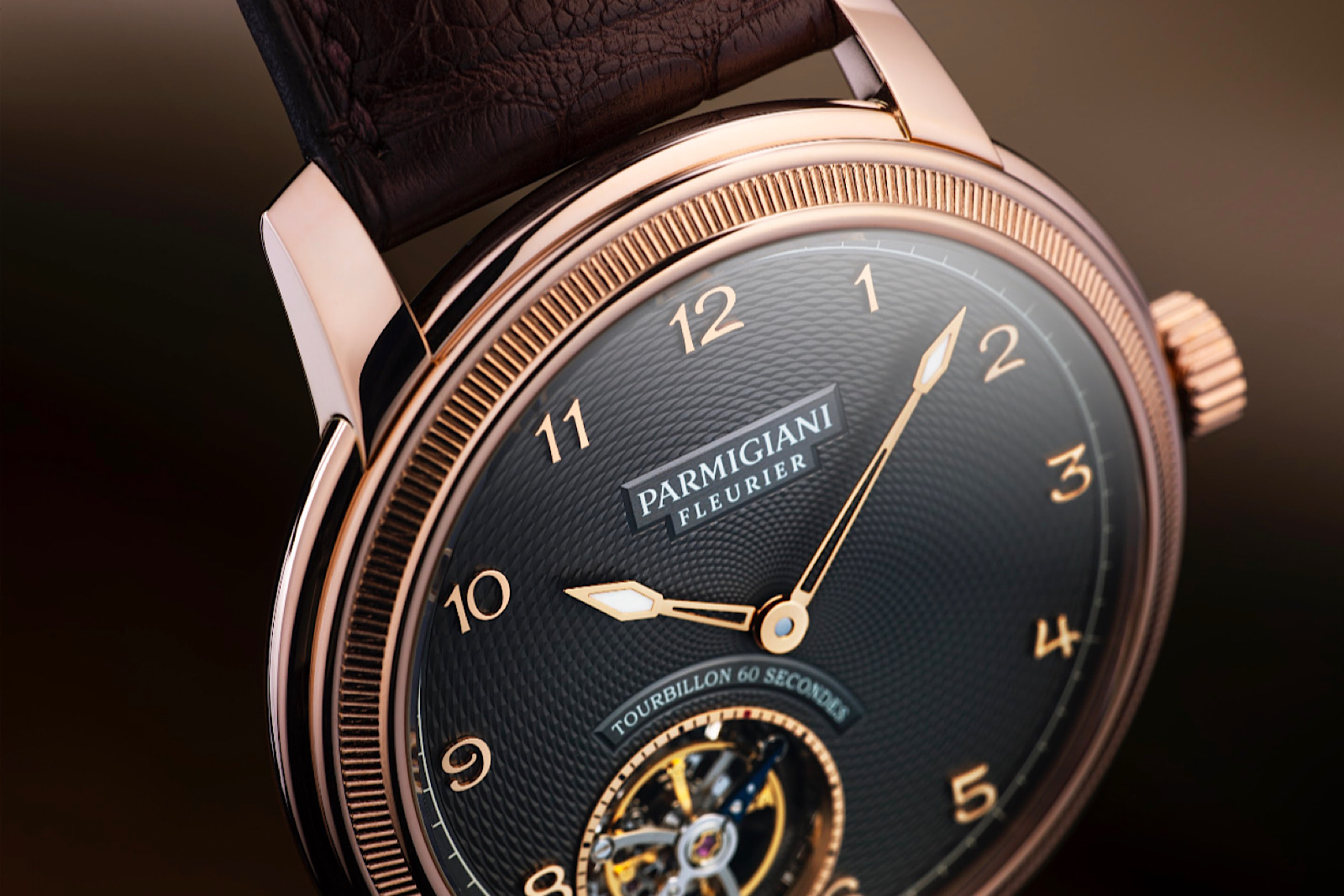 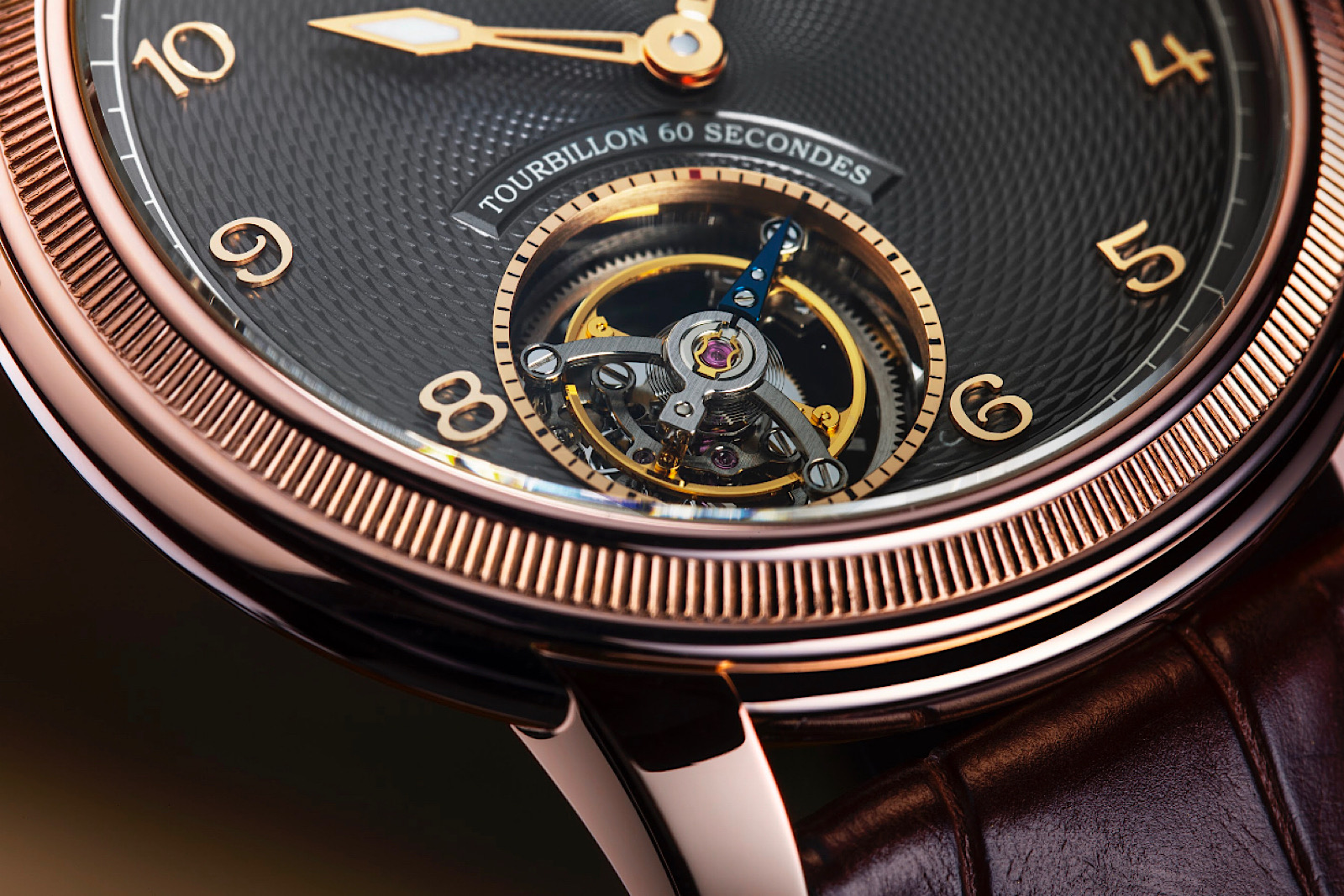 Though equipped with both a flying tourbillon and automatic winding, the Toric Tourbillon is a slim 9.45 mm high, thanks to the cleverly-constructed PF517 movement. The movement is not new – it’s found in the Tonda 1950 Tourbillon for instance – but installing it inside the Toric case seems to be more suitable given the classical style and function of the PF517. 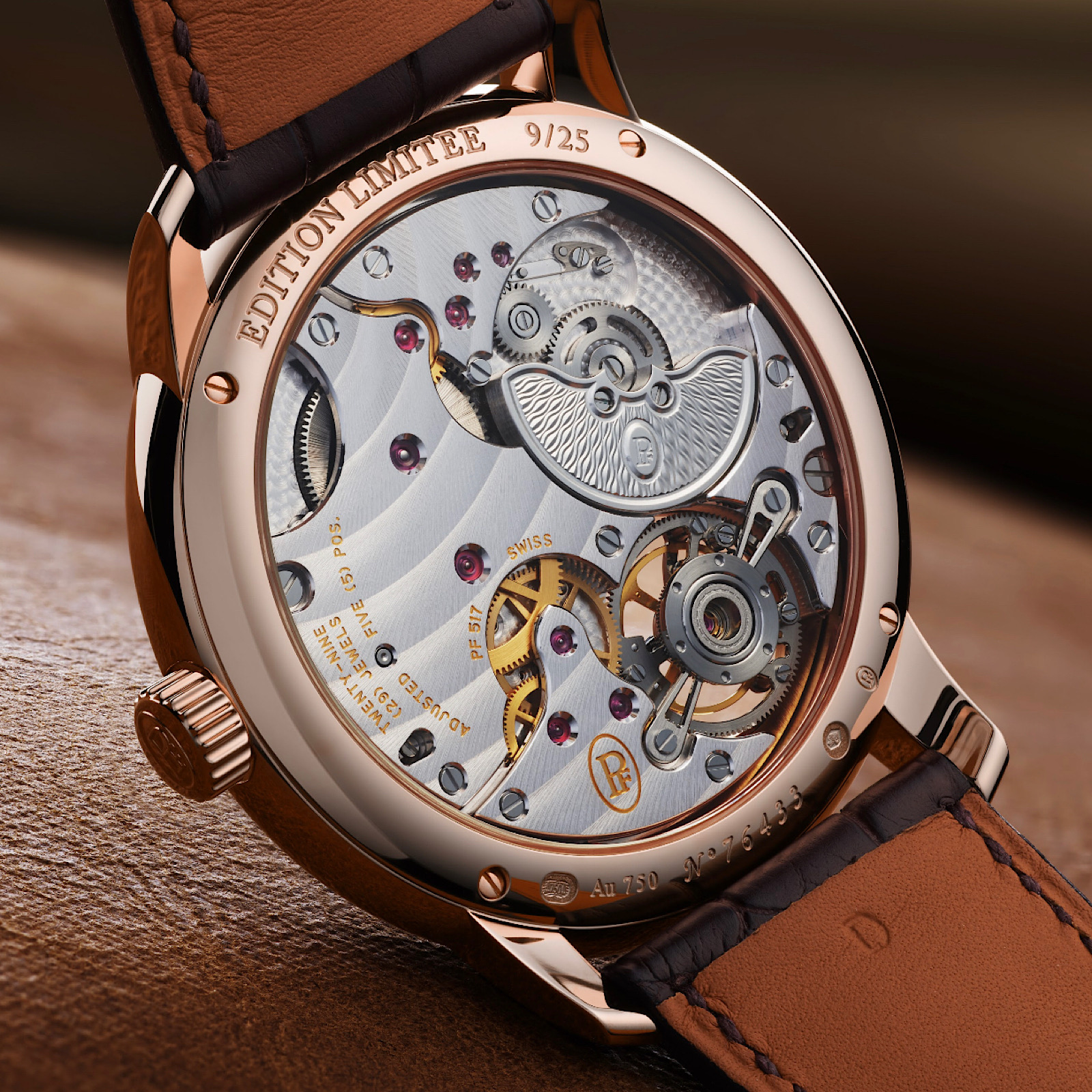 One of the details in the movement’s construction that contributes to its slimness is the integration of the flying tourbillon with the main plate, instead of having it slightly raised above the plane of the plate as is convention. The movement also relies on a platinum micro-rotor for winding, doing away with the more common full rotor that adds to thickness.

And as expected for a Parmigiani, the movement finishing is excellent, which is to say as good as – or a little better in some cases – any other high-end establishment watchmaker.

A classical watch gets a bit fancier.