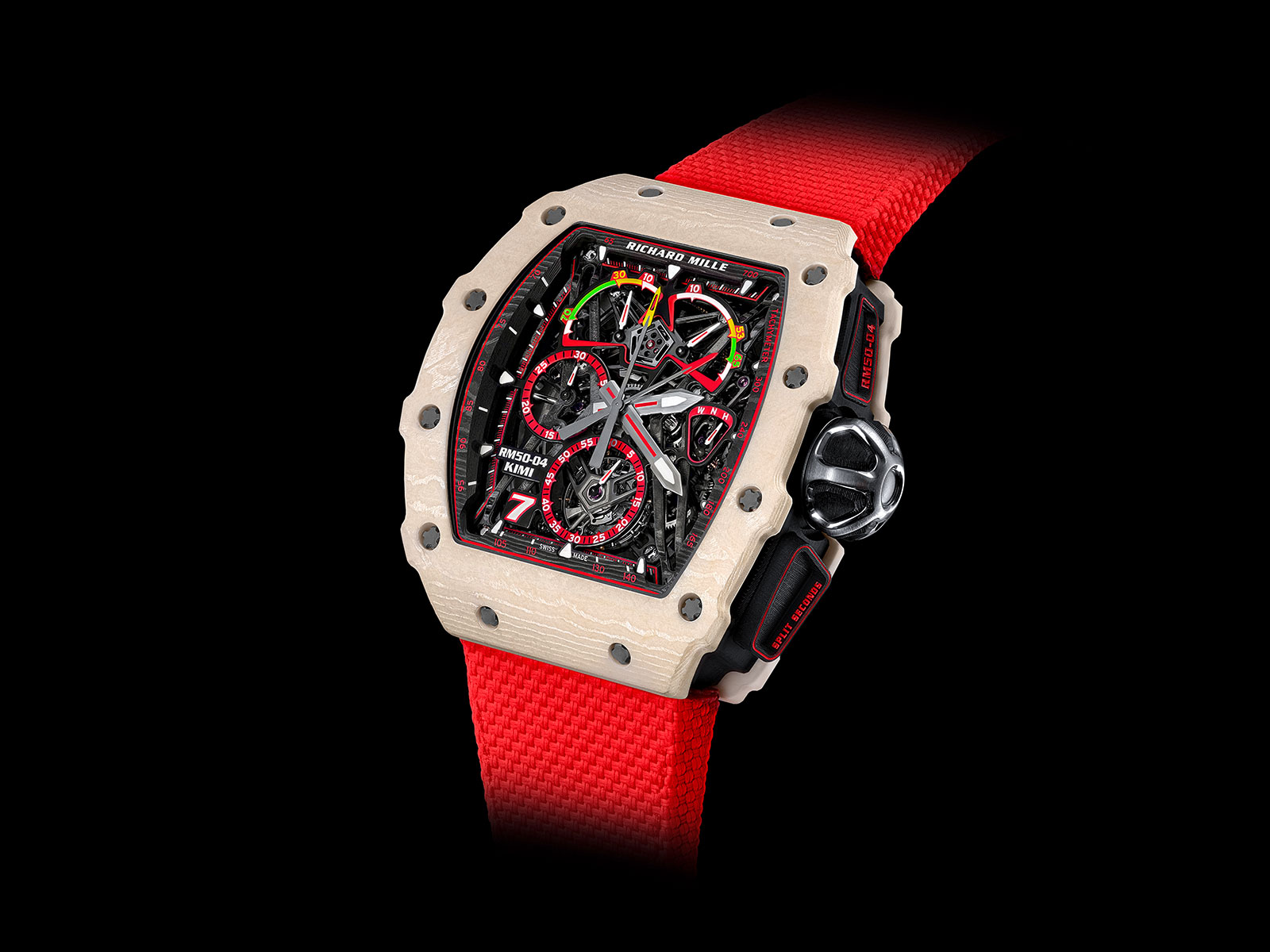 As complications go, the RM 50 is the ultimate Richard Mille, combining a tourbillon and split-seconds chronograph. Descended from the RM008 of 2003, one of the brand’s foundational models, the top of the line complication now has now been dressed up in new livery for Finnish Formula 1 driver Kimi Räikkönen, who drives for the Alfa Romeo Racing Team.

Launched at the start of the 2019 Singapore Grand Prix, the RM 50-04 Tourbillon Split-Seconds Chronograph Kimi Räikkönen is large, lightweight, and complex, and dressed in a red, white and black colour combination that’s the same as the livery on the Alfa Romeo C38 Formula 1 car. 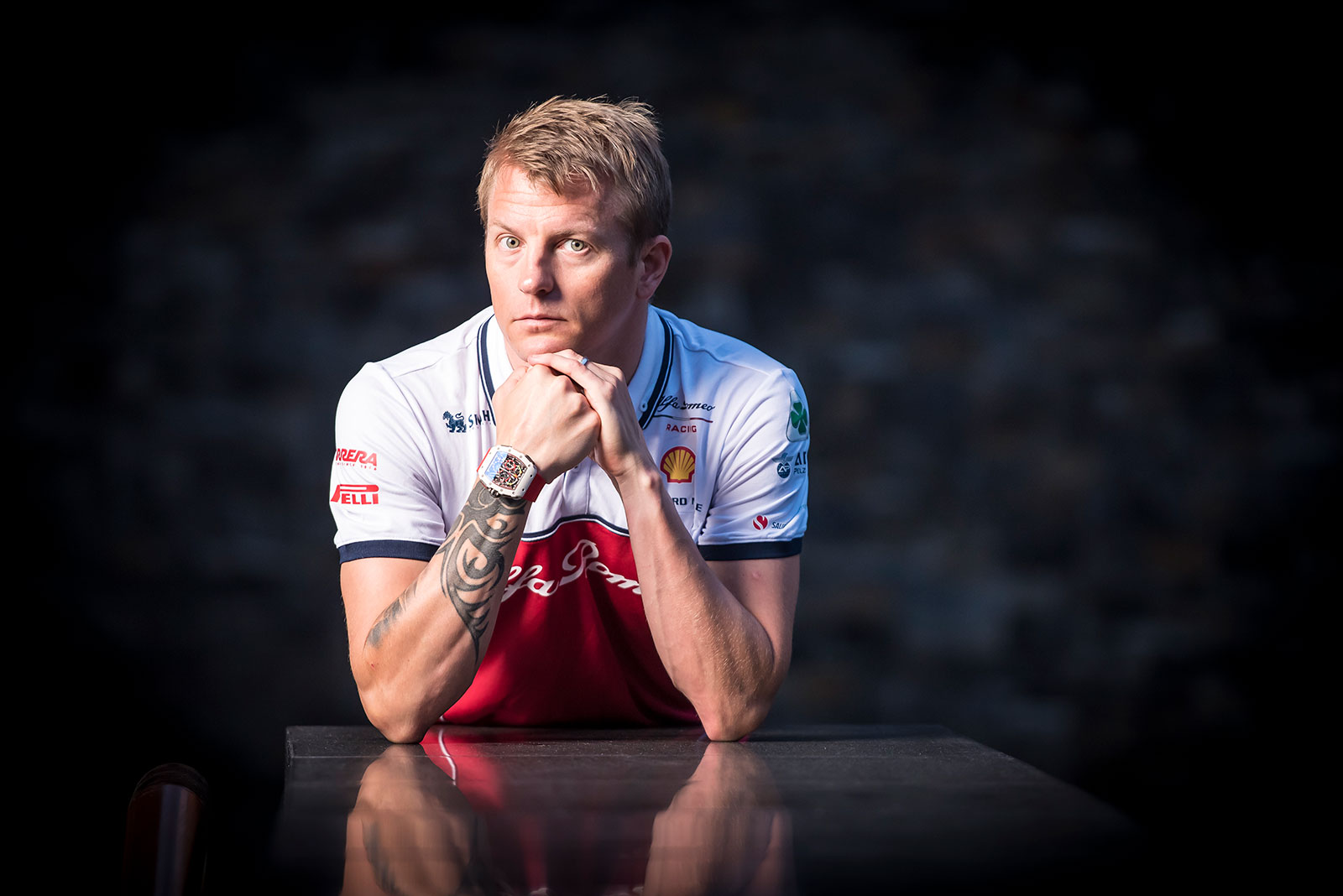 Though it’s a mass of details and colours, the dial is actually easily to decipher. 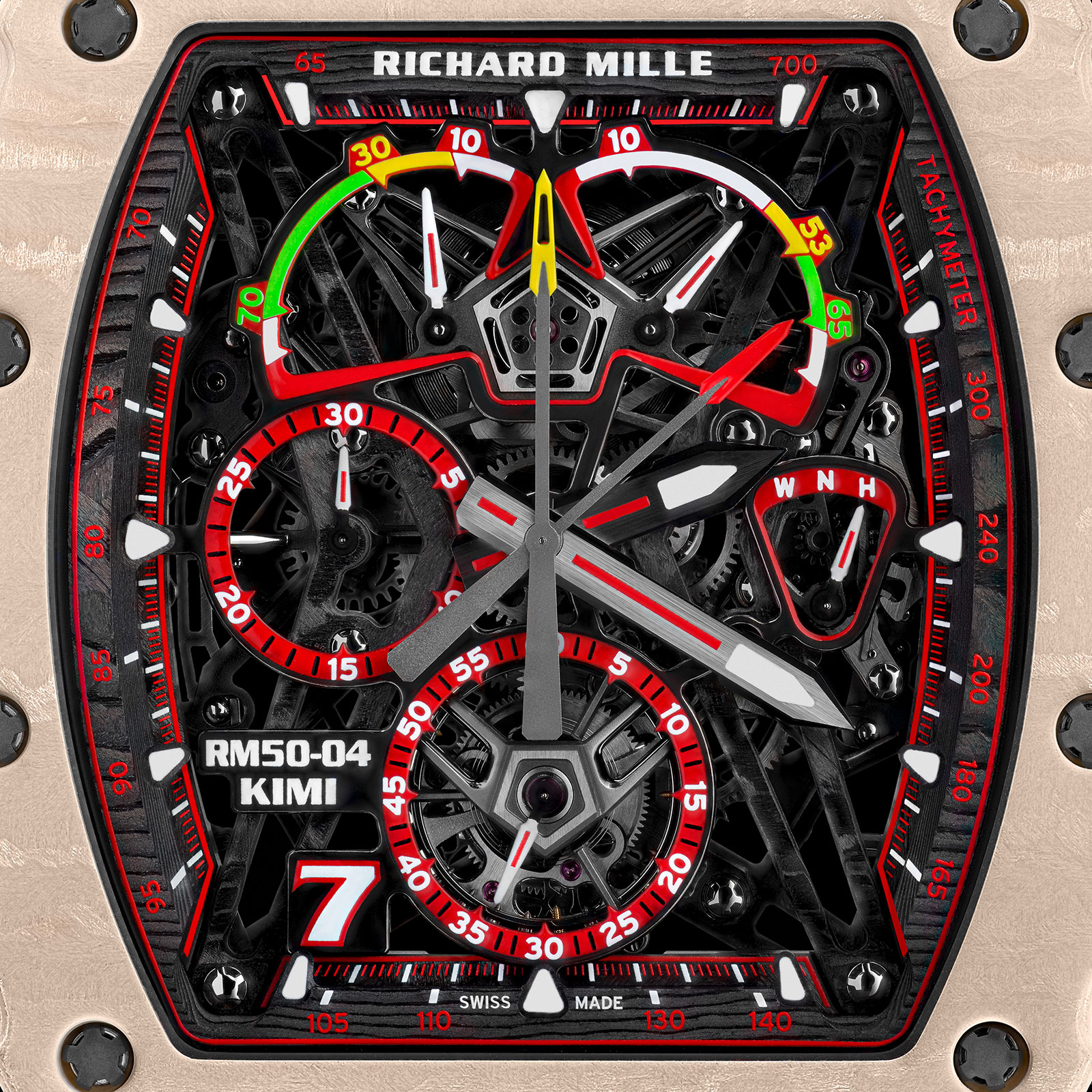 Made of various lightweight carbon composites, the watch case is generously sized, like other top of the line Richard Mille complications – 44.5mm in diameter and 16.1mm high. The front and back plates are white Quartz TPT, while the middle is Carbon TPT.

Both composites are made by North Thin Ply Technology (NTPT), a Swiss lightweight composite specialist that’s Richard Mille’s go-to material supplier. The composites are made of layers of carbon fibre stacked up and then placed in a liquid polymer, and then baked in an autoclave, an oven that cooks the material at high pressure and temperature to set it. 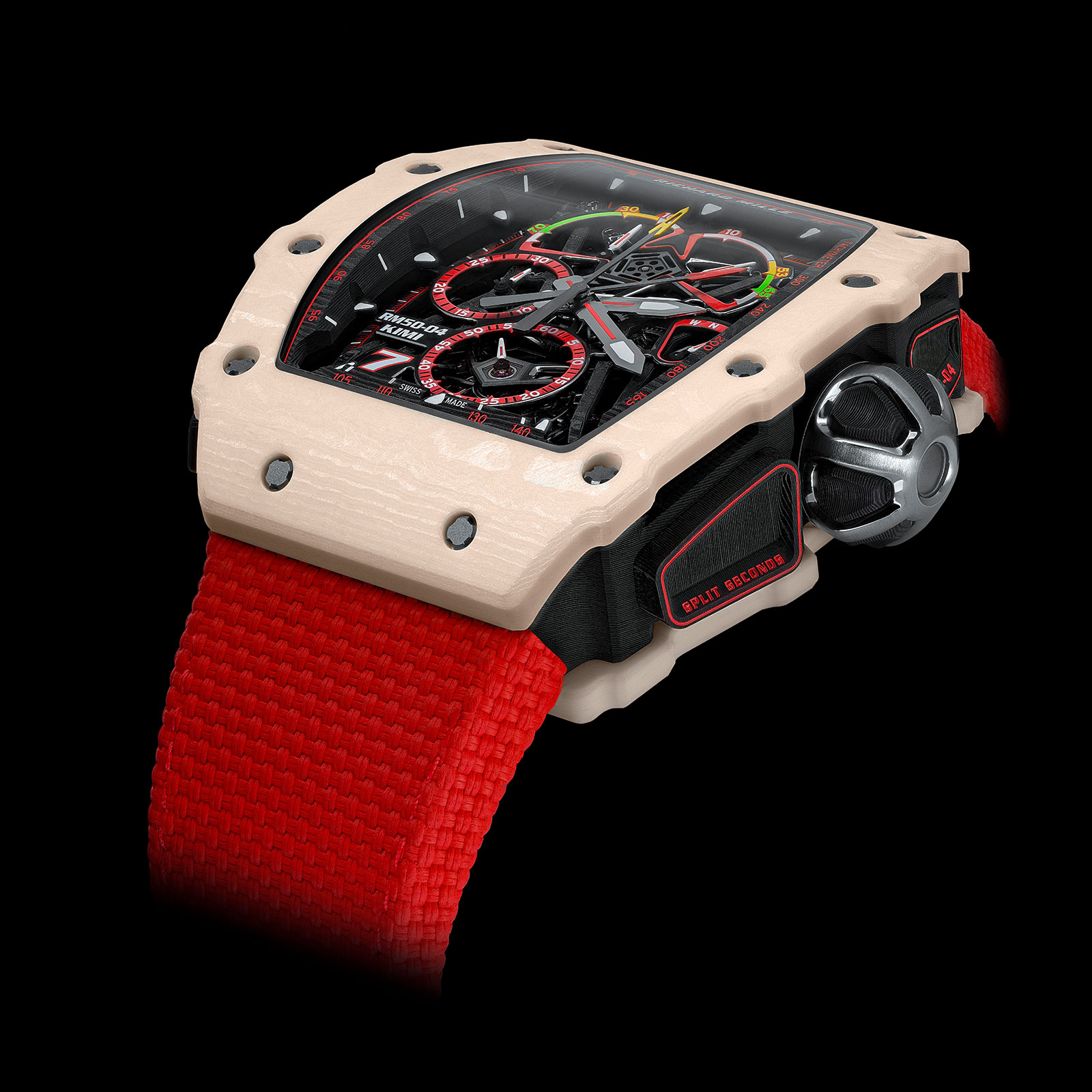 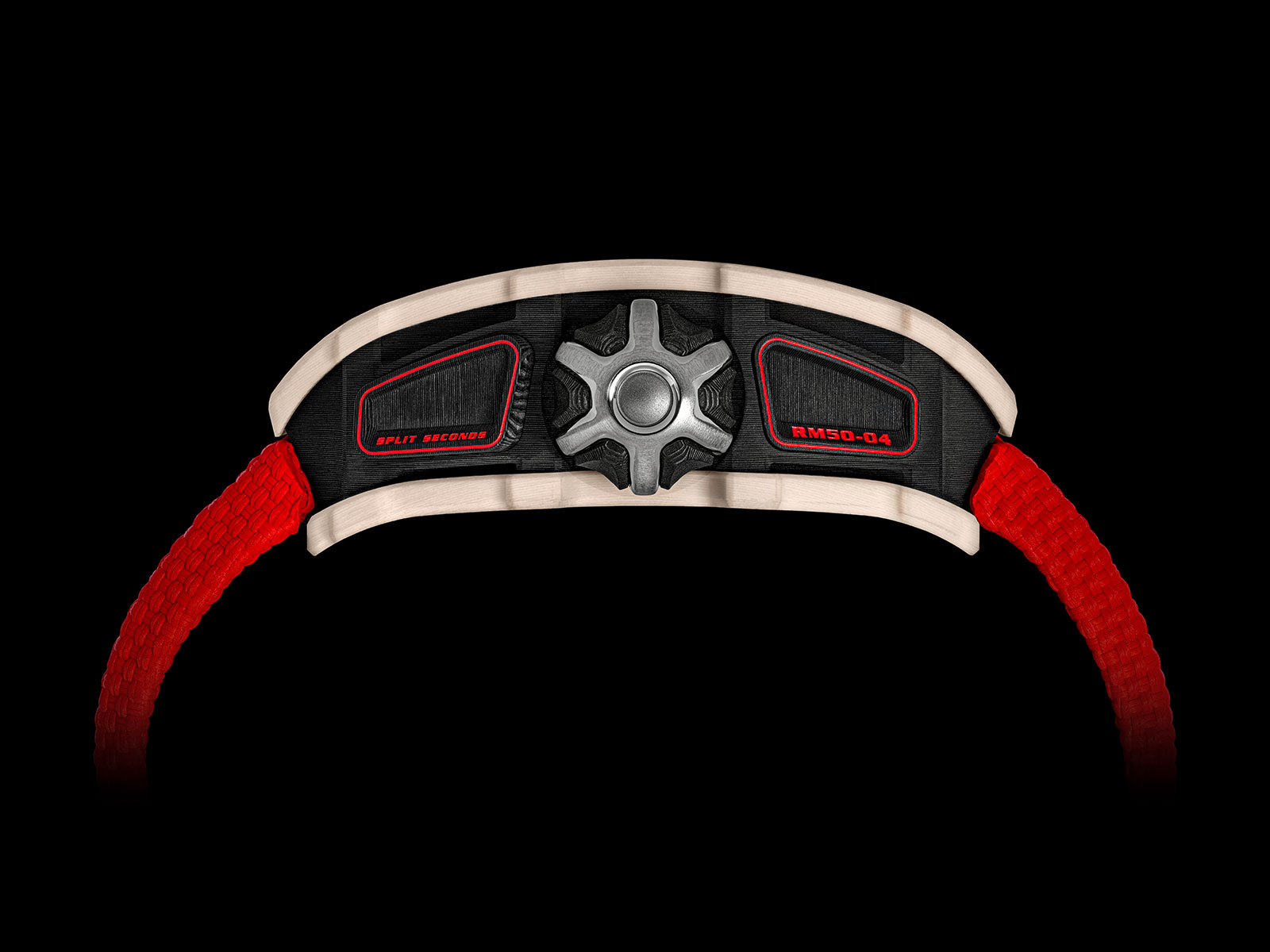 Mechanically, the new watch is identical to the RM 50-03 McLaren F1 of 2017, with the same hand-wound movement inside. Like most complicated Richard Mille movements, the RM 50-03 is made by Renaud & Papi, the high complications workshop of Audemars Piguet. 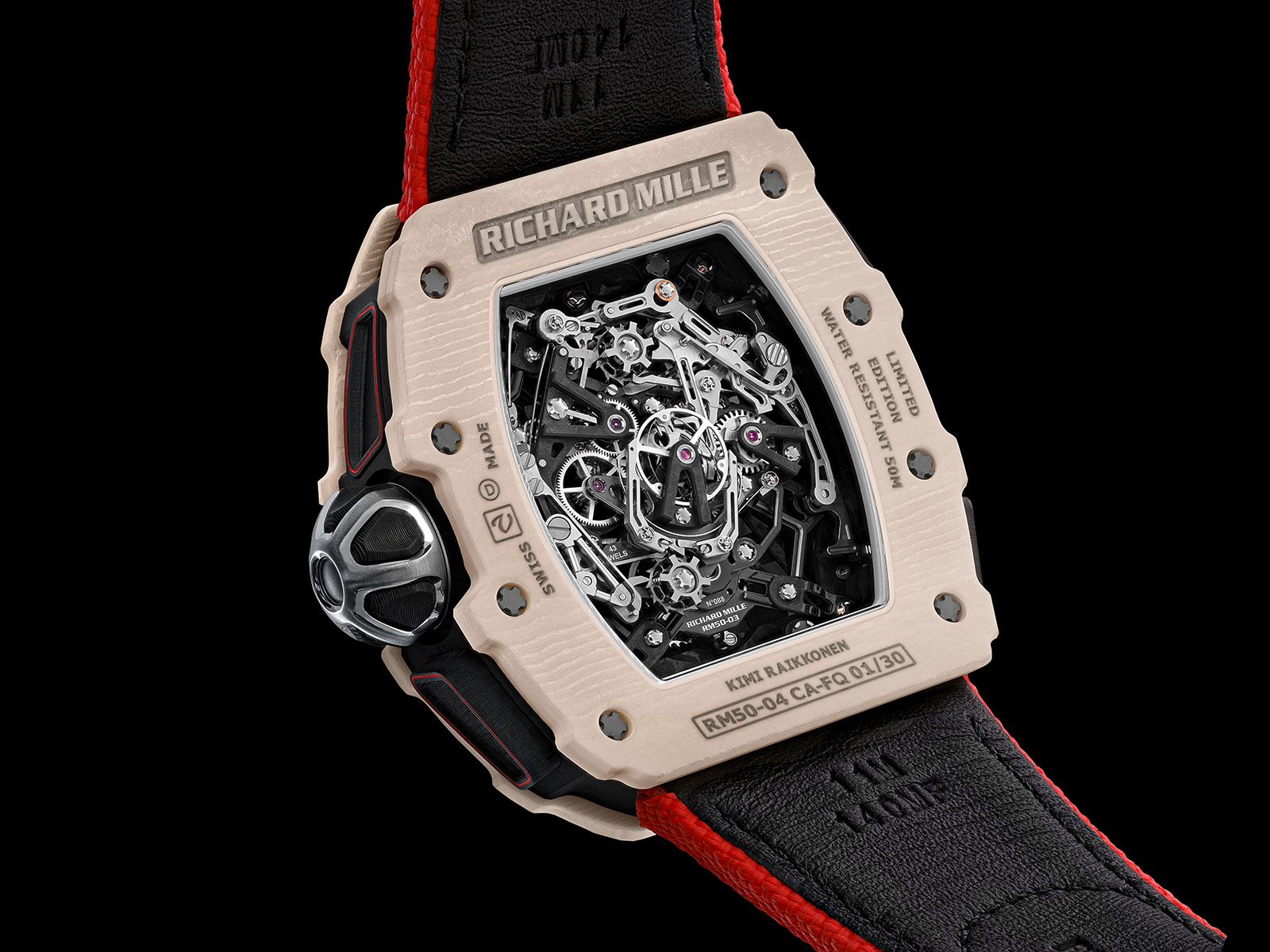 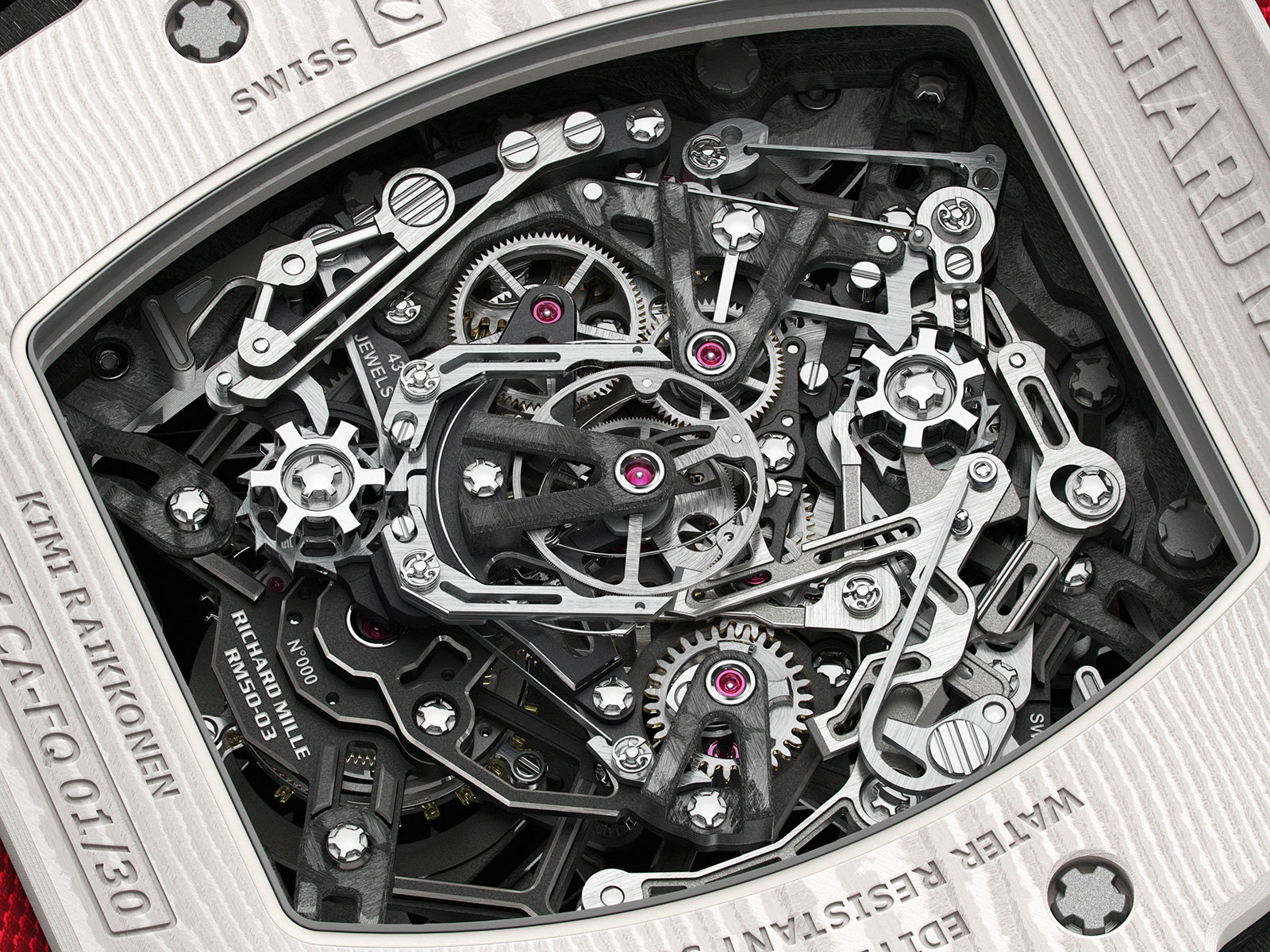 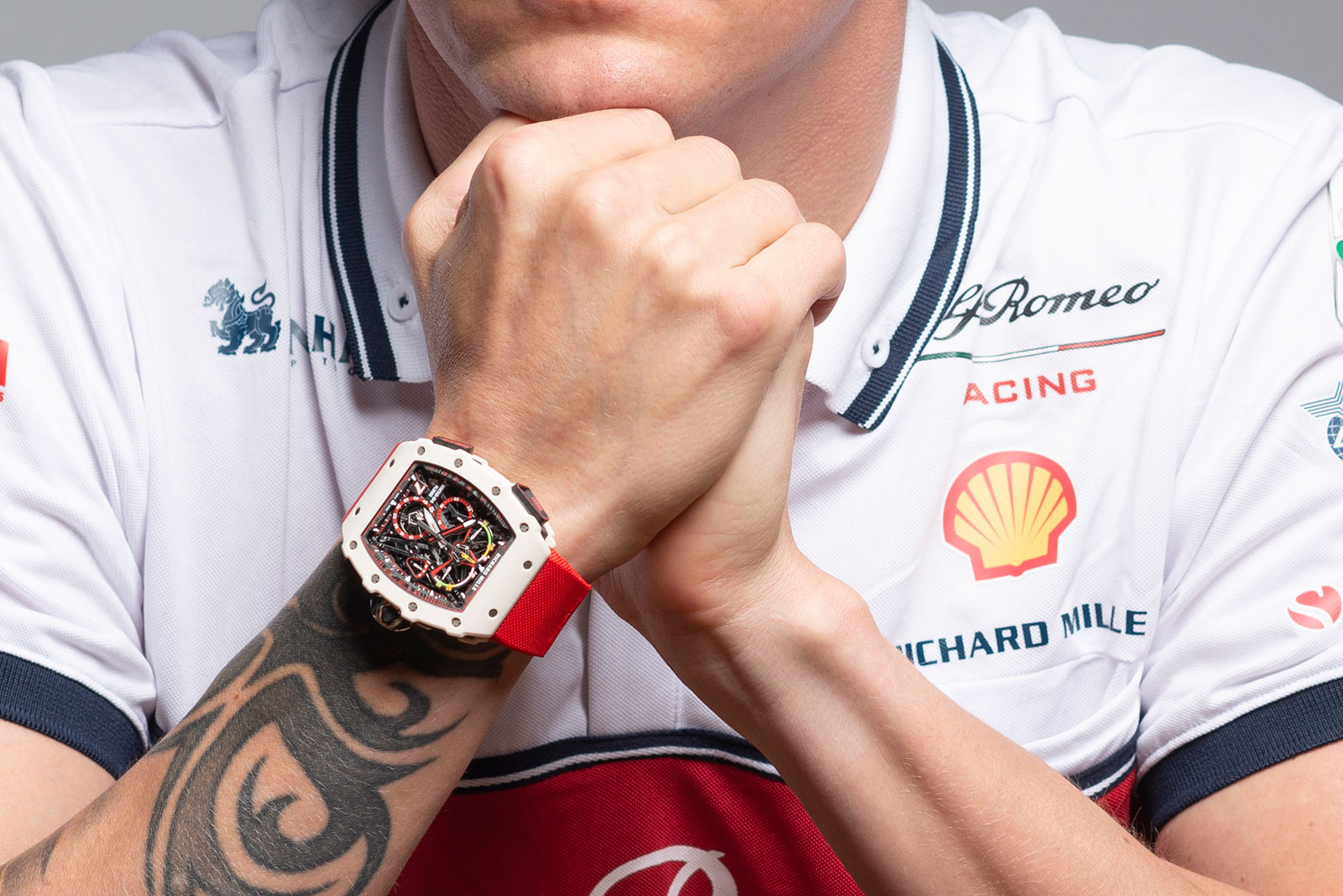 The RM 50-04 Tourbillon Split-Seconds Chronograph Kimi Räikkönen is a limited edition of 30 watches. The price has yet to be announced, but it will be approximately US$1m. For more, visit Richardmille.com.

A dragon sculpted in crystal.