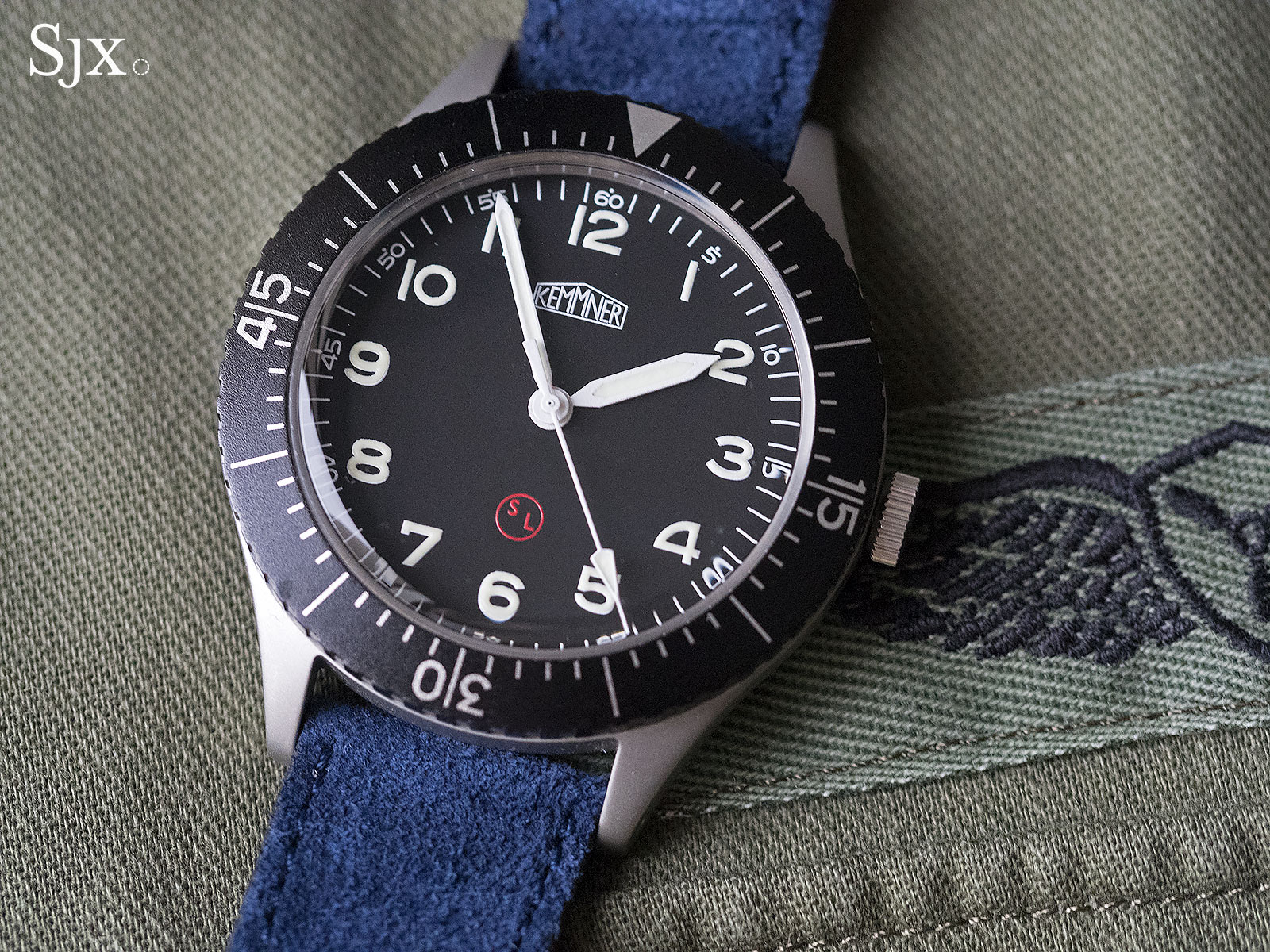 Formerly an engineer at a German case making company, Roland Kemmner now makes watches under his own name. Most are modelled on vintage watches and designed with varying degrees of creativity, but all are put together with components made in Asia, but done well, which is why they are all extremely affordable.

One of the more interesting products Mr Kemmner has come up with is the Military AS1950/51, a hand-wound, time-only watch inspired by the Heuer ref. 1550SG “Bund” chronograph. It successfully channels the look of the original, while being simple and surprisingly low cost, priced at just over US$500, proving that smart budgeting and an eye for detail can go a long way.

The case is steel, 43mm and finish with clean, sandblasted surface that’s similar in form to the Heuer “Bund”, but without the characteristic step on the top of the lugs. It’s rated to 30m.

And the bezel is painted aluminium, bidirectional, and topped with a domed acrylic crystal, all of which contributes to the retro feel. Legible and properly proportioned, the dial is well-designed with a minor touch of humour: the emblem at six o’clock contains “SL”, which is short for Super-Luminova, the luminous material on the dial (specifically it is white Super-Luminova, colour code C3). On the vintage original it reads “3H”, an acronym for tritium, a radioactive substance once used for watch dials that is now banned. Notably, the movement inside is a 17-jewel vintage calibre made by Adolph Schild, a Grenchen-based movement maker better known as A. Schild that’s now part of ETA. A basic and robust movement, the cal. AS 1950/51 is representative of the sort Switzerland produced in large numbers before the Quartz Crisis; think of it as an ETA 2824 of its era. Mr Kemmner has a significant supply of such “new old stock” movements, and he overhauls them before installing them into the watches. The AS 1950/51 has a power reserve of about 45 hours. Though it’s hidden behind the solid case back, the movement sits in a metal movement ring, rather than plastic which is typical for a watch of this price. The Military AS 1950/51 is limited to 200 pieces and numbered on the case back. It’s delivered on a black “Bund” leather strap.