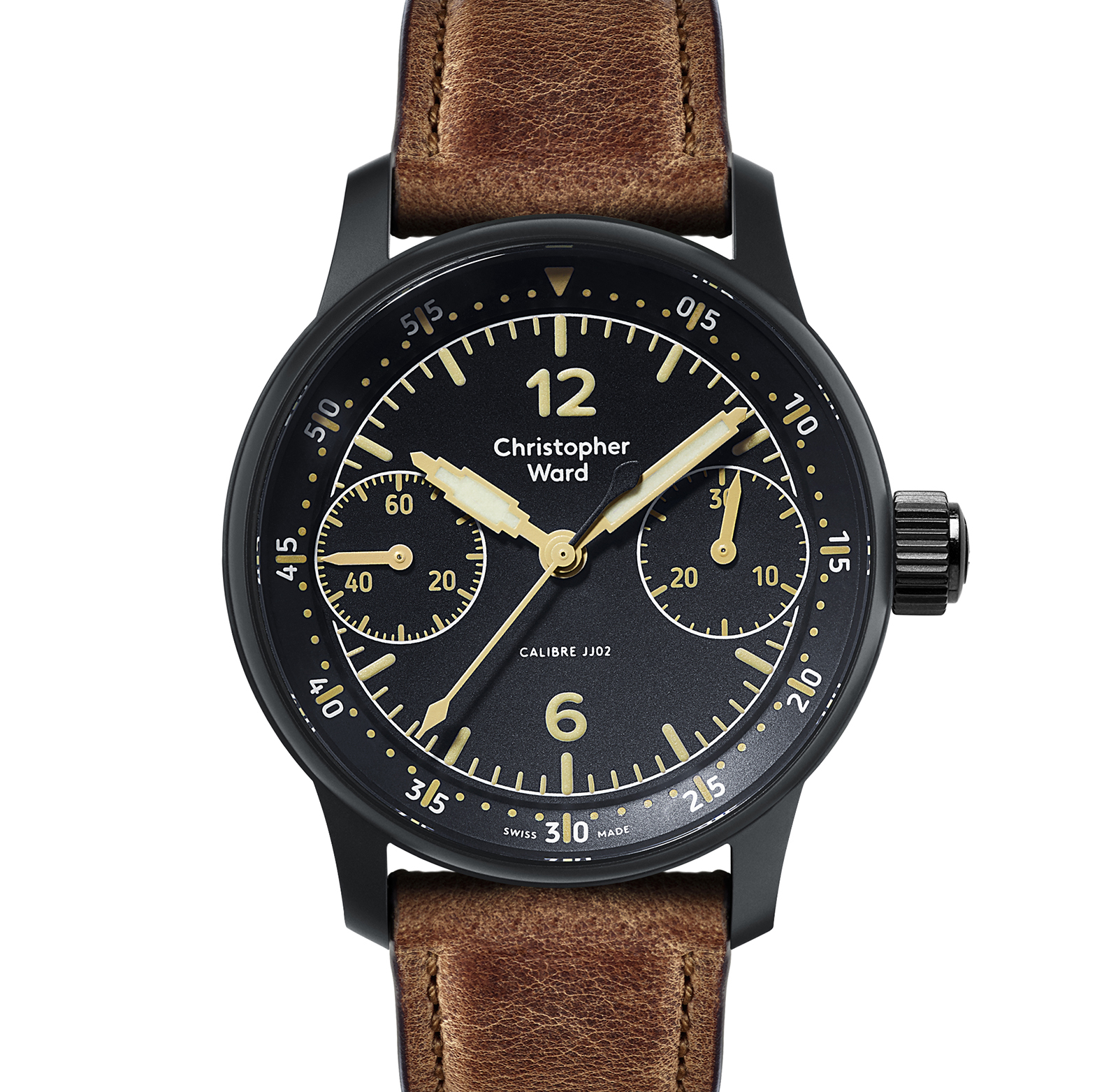 British watch brand Christopher Ward has just taken the covers of a limited edition monopusher chronograph that’s powered by its proprietary, hand-wound mono-pusher chronograph movement and strikingly priced at well under US$3,500. Intriguingly, the Junghans aircraft clock shares more than a visual similarity to the Christopher Ward chronograph. The cockpit timer was equipped with an ancestor of the Unitas 6497, which is the base movement for the cal. JJ02 inside the Me 109 chronograph. The calibre gets its name from the initials of Johannes Jahnke, a watchmaker at German independent watchmaker Lang & Heyne, where he worked on its gorgeously constructed single-button chronograph, before becoming the top watchmaker at Christopher Ward when it merged with complications developer Synergies Horlogères SA in 2014. Jahnke is now head of development at volume movement maker Sellita. Like the Second World War aircraft clock, the Me 109 chronograph has a black case thanks to a diamond-like carbon (DLC) coating. It’s steel and 43mm in diameter, matched with a matte black dial and large baton hands modelled on those in the Junghans clock.

The chronograph has a “bi-compax” configuration with constant seconds at nine and the 30-minute register at three. The pusher integrated into the crown controls the start, stop and reset functions. Limited to 100 watches, the C9 Me 109 Single Pusher Chronograph is priced at £2,950, or US$3,370. Like all of Christopher Ward’s watches, it is available directly from the brand online.