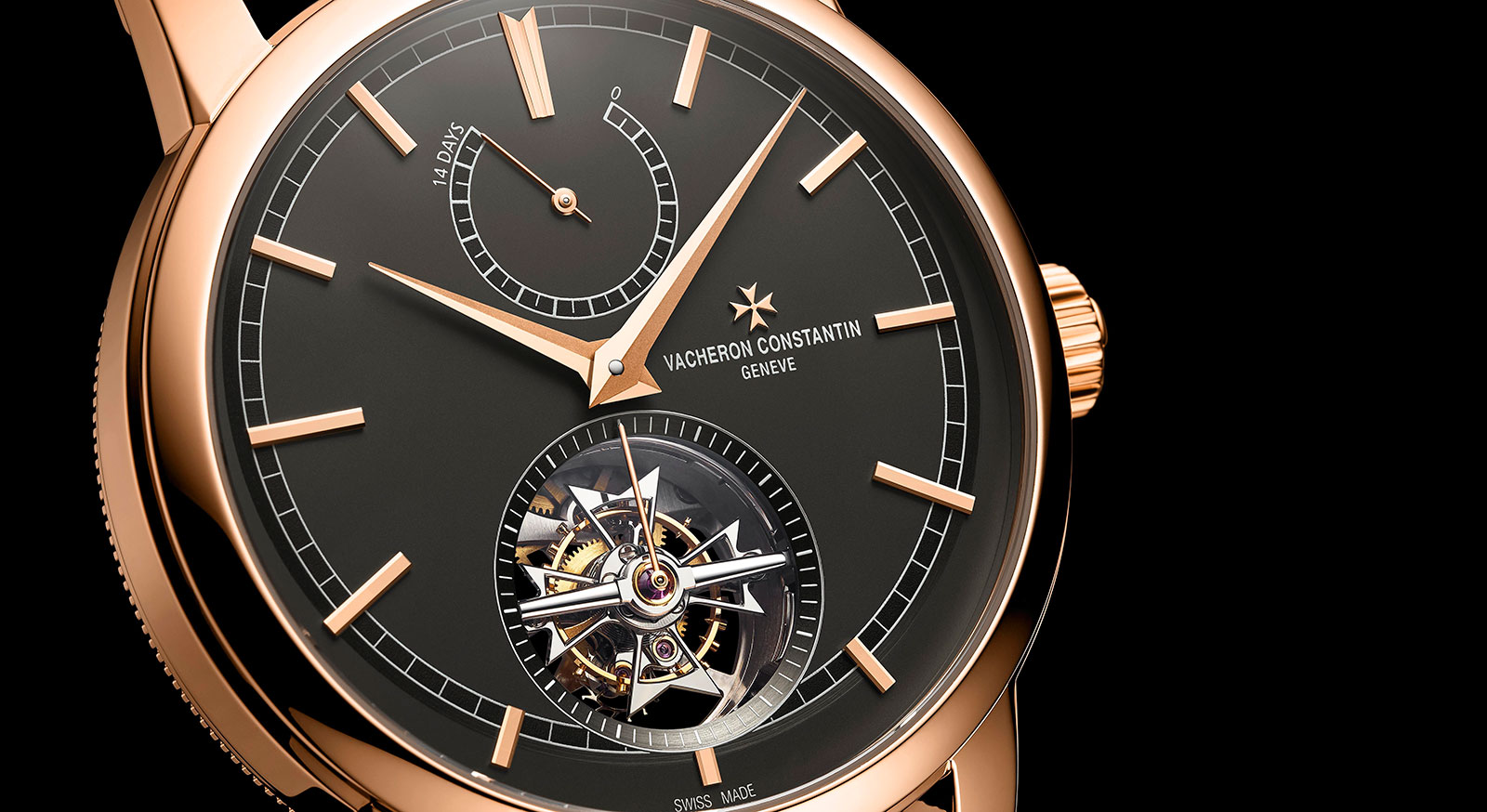 The new faces Vacheron Constantin just added to the Traditionnelle line are six-strong, from the top of the line Calibre 2755 to the simplest, hand-wound time-only. All share an 18k pink gold case paired with a dark grey dial, a conventional but handsome look; previously the pink gold Traditionelle was paired only with a silver dial.

The line-up is led by the Traditionnelle Calibre 2755 (ref. 80172/000R-B406). One of the most complicated watches produced by Vacheron Constantin, it boasts a tourbillon, perpetual calendar and minute repeater, and is powered by a 602-component movement. Typical of a very complicated watch, it’s a large 44mm in diameter and 13.54mm high. It costs US$655,400 or S$1.02m. The slimmest watch of the range is the extra-thin automatic Traditionelle (ref.43075/000R-B404) powered by the cal. 1120. That’s the same movement found in the Vacheron Constantin Overseas Ultra-Thin and the Audemars Piguet Royal Oak Extra-Thin. The movement was originally developed by Jaeger-LeCoultre as the cal. 920 in 1967. Its longevity is due to its height – just 2.45mm high – reliability and sophisticated, full-rotor design that’s uncommon for such a thin calibre. Thanks to the movement dimensions the watch is an elegant 41mm wide and 7.26mm high. It’ll cost US$29,300 or S$46,300. Automatic with date (left) and hand-wind

The Traditionelle with grey dials will be available at Vacheron Constantin boutiques and retailers starting August 2017.