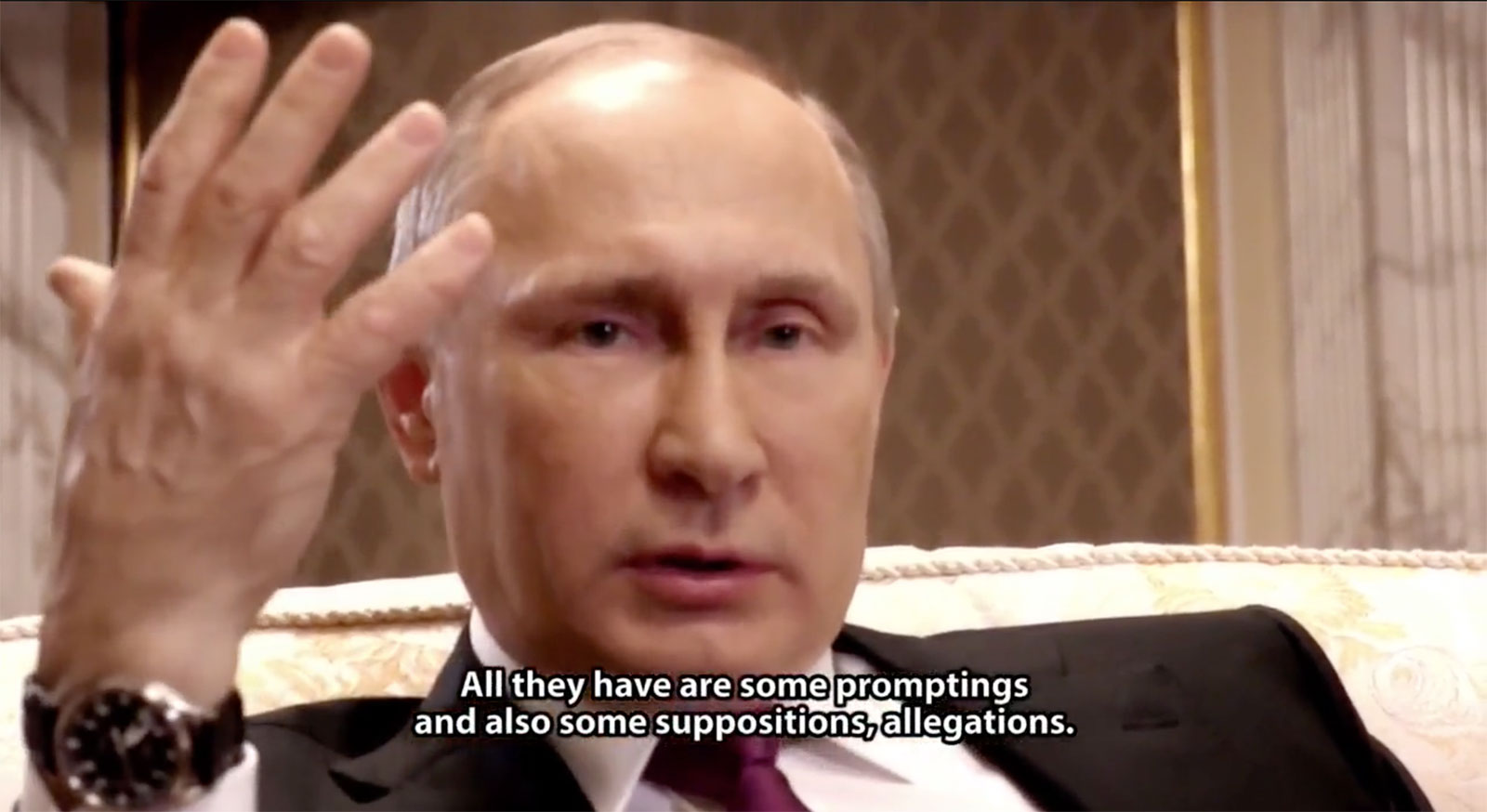 In late April auctioneers Monaco Legends and Antiquorum revealed its upcoming July auction in Monte Carlo would include a Patek Philippe ref. 5208P – a million dollar grand complication – with “Vladimir Vladimirovic Putin” printed on the certificate. Earlier this month American watch blog Hodinkee picked up the news, which led to a denial from the Kremlin that the watch belongs to the Russian head of state.

Putin, however, is the owner of a IWC Mark XVII, which costs US$5000 or so. The wristwatch features prominently in the final episode of The Putin Interviews, a four part series covering a string of interviews director Oliver Stone had with the Russian President over two years. Putin is spotted with the IWC during the final session with Stone that took place in February 2017. Over the years Putin has been spotted with a variety of other pricier watches, including examples from A. Lange & Söhne, Breguet, F.P. Journe and Patek Philippe, though not with the infamous Patek Philippe ref. 5208P or anything quite as expensive – which seems like a prudent move by a politician no matter how well-off he is. The most famous Putin wristwatch, however, is the one he is spotted the most often with: the Blancpain Aqua Lung Grande Date. He has given away examples of the Blancpain twice and thrown one into freshly poured cement once, while all the official portraits of Putin that show a wristwatch are of the Blancpain, which is reputedly known as the “Putin Blancpain” in Russia.