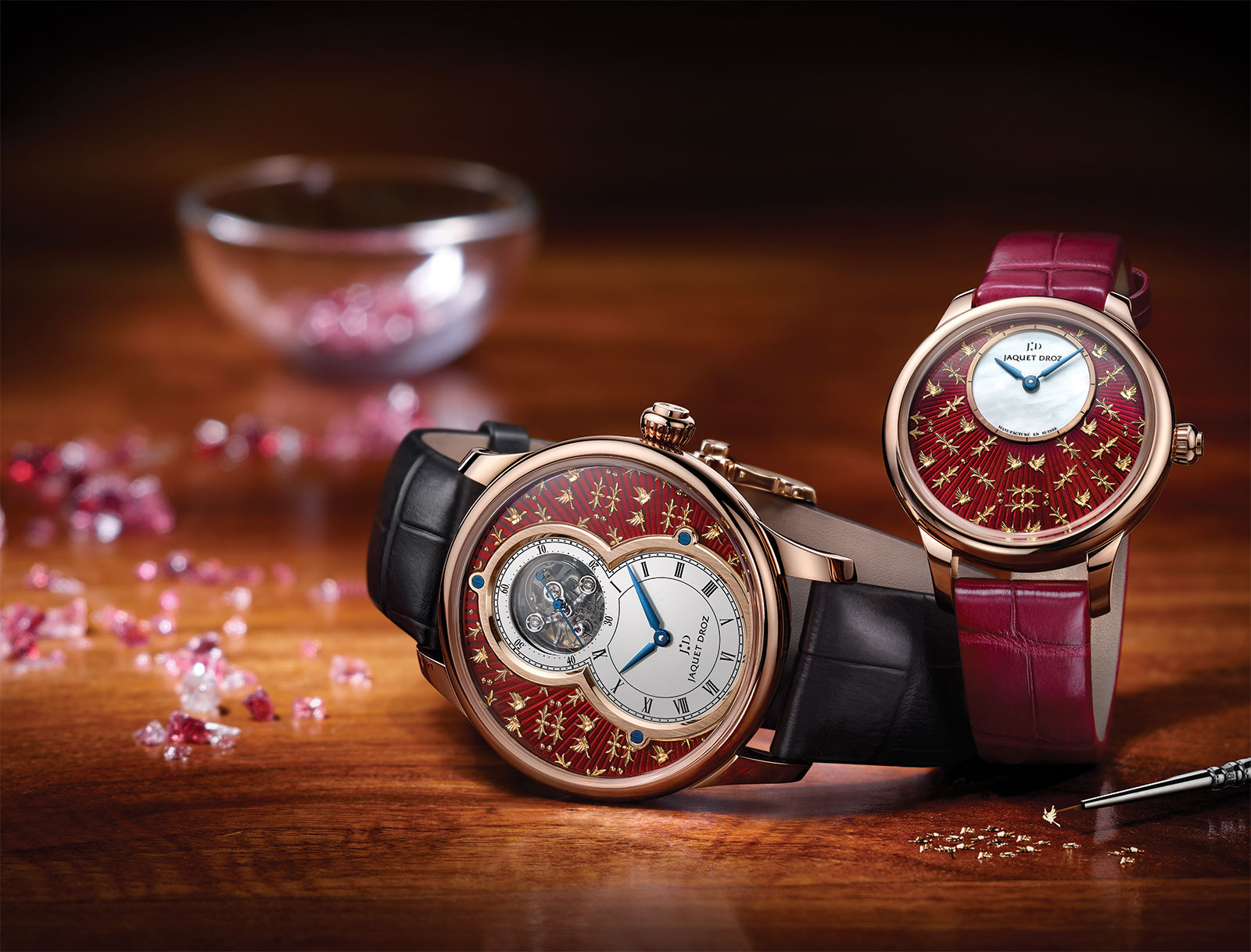 Arguably the most distinctive dials offered by the brand – which says a lot since Jaquet Droz specialises in unusual dial materials – the paillonné enamel dials just got a little bit more exotic.

The “Gold Arabesques” watches, however, include modern day paillons produced by Jaquet Droz, including one that takes the form of a tiny bird, historically a motif of the brand. The “Gold Arabesques” collection is six-strong, with the Grande Seconde Tourbillon Paillonnée (ref. J013033243) being the flagship. A limited edition of eight pieces, the tourbillon features a red enamel dial and a flying tourbillon at 12 o’clock. The case is 18k red gold and 43mm in diameter, equipped with a self-winding movement that has a seven-day power reserve. More unusual but bearing the same signature Jaquet Droz style is the Pocket Watch Paillonnée (ref. J080033047). Also limited to eight pieces, it has a blue enamel dial and a 50mm red gold case that contains the calibre 2615, which is actually a hand-wound, extra-thin Frederic Piguet pocket watch movement. Pricing has yet to be announced but with past editions of the Paillonnée priced at a shade over US$50,000 for the Grande Seconde, expect this to cost the same. And the tourbillon will retail for approximately US$120,000.