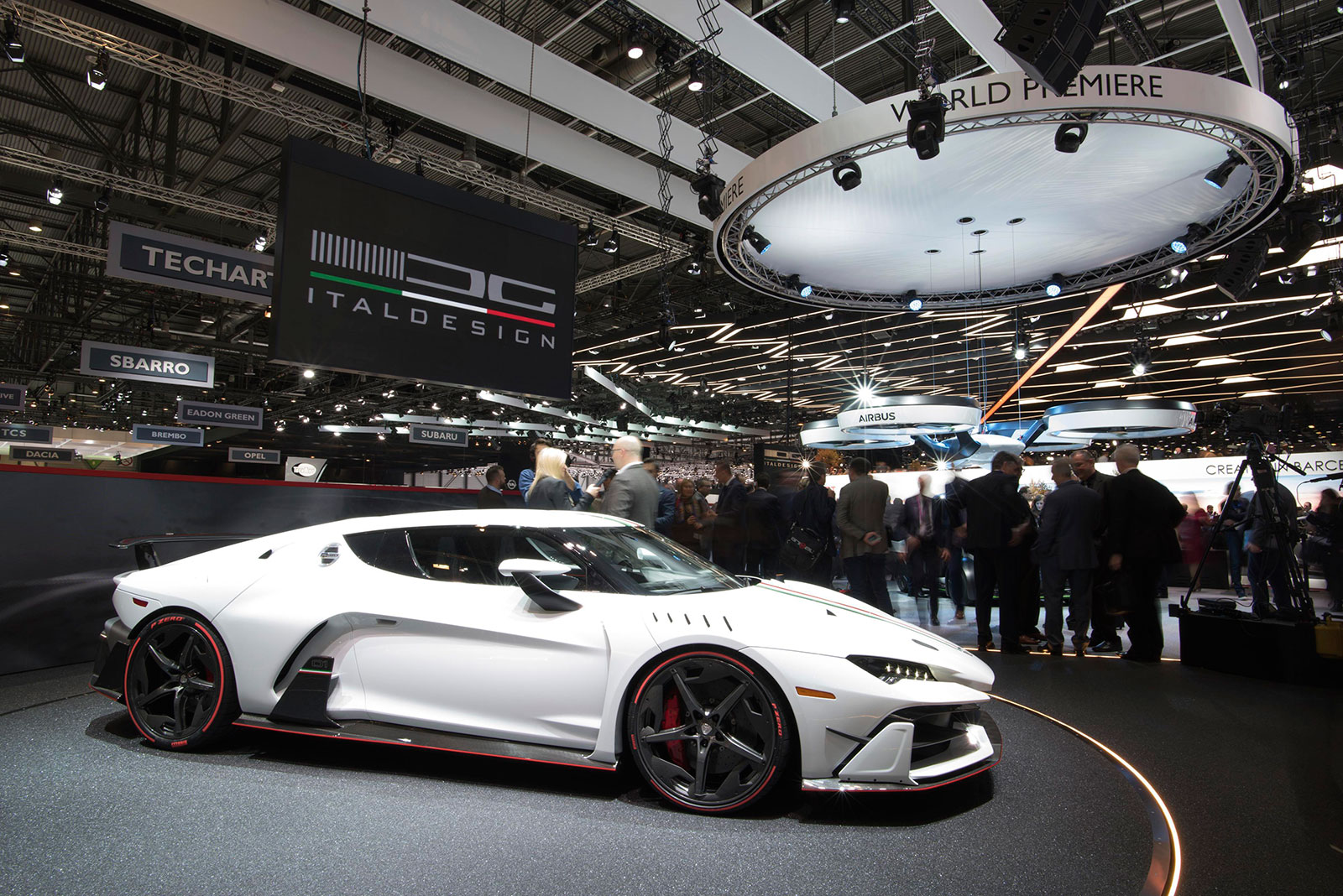 Announced at the recent Geneva International Motor Show with both a watch and a supercar to show for it, the partnership between Roger Dubuis and Italdesign Giugiaro promises to inject the automotive design studio’s flair for style and engineering into the watchmaker’s products. Now a subsidiary of Lamborghini, Italdesign was responsible for some of the most notable cars in history, as well as various watches over the years, including the unusual Seiko chronographs worn in the Alien films.

The partnership starts modestly, with an eight-piece limited edition Excalibur Spider Italdesign Edition wristwatch that’s a variant of an existing model. The 45mm case is carbon composite with a white ceramic bezel, as well as accents in red and green to form the colours of the Italian flag. The movement inside is the RD505SQ, a hand0-wound calibre with a flying tourbillon regulator. The watch was unveiled at the Geneva motor show alongside the Italdesign Zerouno, a supercar powered by the same V10 engine found in the Lamborghini Huracan and Audi R8. Limited to just five units, the Zerouno reaches 100km/h in just 3.2 seconds, topping out at 330km/h. The Zerouno is built on the same platform as the Huracan and R8, which is no surprise given Italdesign’s ownership. Founded in 1968 by Giorgetto Giugiaro and Aldo Mantovani, design studio was acquired by Lamborghini in 2015 when Giugiaro retired, selling the last of his stake in the firm. The Italdesign-Roger Dubuis tie-up is the second automotive partnership for the watchmaking, coming just months after it revealed a similar collaboration with Pirelli, the Italian firm that supplies tyres for Formula 1 cars, as well as the Zerouno.