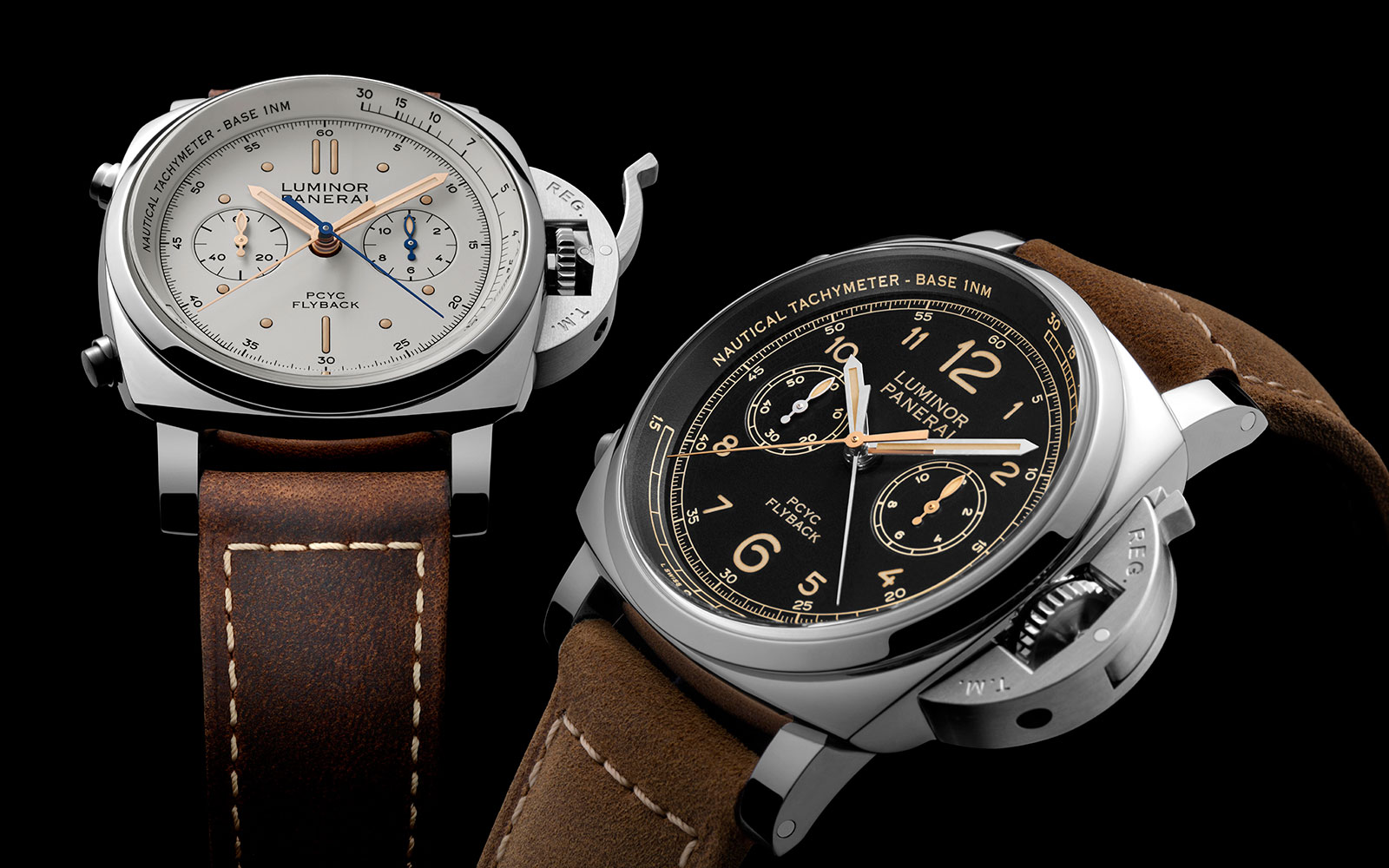 Panerai chief executive Angelo Bonati is a keen sailor, and for that reason the watchmaker has been a sponsor of the Panerai Classic Yachts Challenge (PCYC) since 2004. Open only to yachts built of wood or metal before 1950 (known as “vintage yachts”) and before 1976 (“classic yachts”), as well as replicas of such yachts, the PCYC is comprised of several regattas over the course of the year.

This year’s PCYC kicked off with a regatta in Antigua, which is followed by the Mediterranean circuit in spring. Alongside the start of the 2017 season was the launch of three Luminor 1950 PCYC chronographs – a pair in 44mm steel cases, and a 47mm model in titanium with regatta countdown. The Luminor 1950 PCYC 3 Days Chrono Flyback Automatic comes in two guises, with the dial in either black (PAM 653) or ivory (PAM 654). Both share the same 44mm steel case, as well as the P.9100 movement that’s automatic and features a flyback function. And like all of Panerai’s in-house chronograph movements it has a vertical clutch and column wheel – hidden beneath a solid case back engraved with the PCYC logo. Both dials have the same nautical tachymetre with a scale in knots, which can measure the average speed of a boat over one nautical mile. The black dial has Arabic hour markers, while the ivory dial has dot-and-batons indices, but both feature faux-vintage Super-Luminova. A variant of Panerai’s in-house chronograph movement, the P.9100/R has an added regatta countdown function. The pusher at four o’clock moves the gold central minute hand backwards in one minute steps until it hits the desired countdown time. The PCYC editions arrive in Panerai retailers and boutiques between July and August 2017. Prices in Euros are as follows: