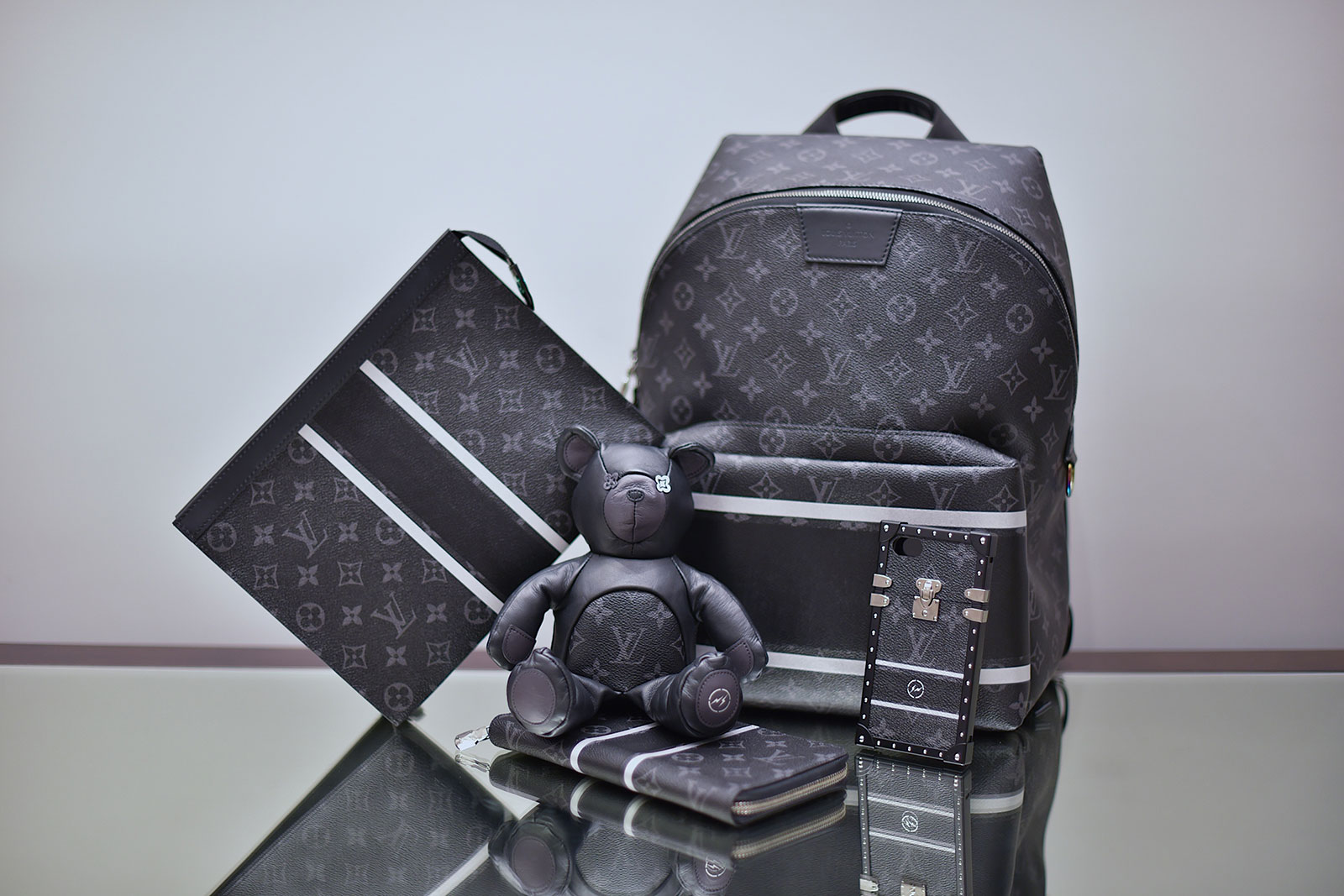 Unveiled not long after the collection designed by American streetwear label Supreme, the Louis Vuitton x fragment design is a collaboration between the trunkmaker’s artistic director Kim Jones and fragment design founder Hiroshi Fujiwara, best known as a designer and musician. Through his label Fujiwara has collaborated with brands as diverse as Apple, Nike, Martin Guitars and even created mugs for Starbucks.

Fujiwara is also a respected collector of vintage Rolex (he writes briefly about the esoteric Rolex Commando ref. 6429 here), having worked on several watch collaborations in the past, the best known being the Bamford Watch Department x fragment Submariner from 2013. And Rolex dealer Eric Ku interviewed Fujiwara for his website not too long ago. You follow Fujiwara on Instagram. Made up of items ranging from an iridescent carabiner to a monogram-print guitar case, the Louis Vuitton x fragment design collection, officially the Autumn-Winter 2017 Men’s pre-collection, makes its debut on April 21 in Tokyo and a day later in Singapore. Both the temporary stores in Singapore and Tokyo will offer the collection, as well as items exclusive to each location.