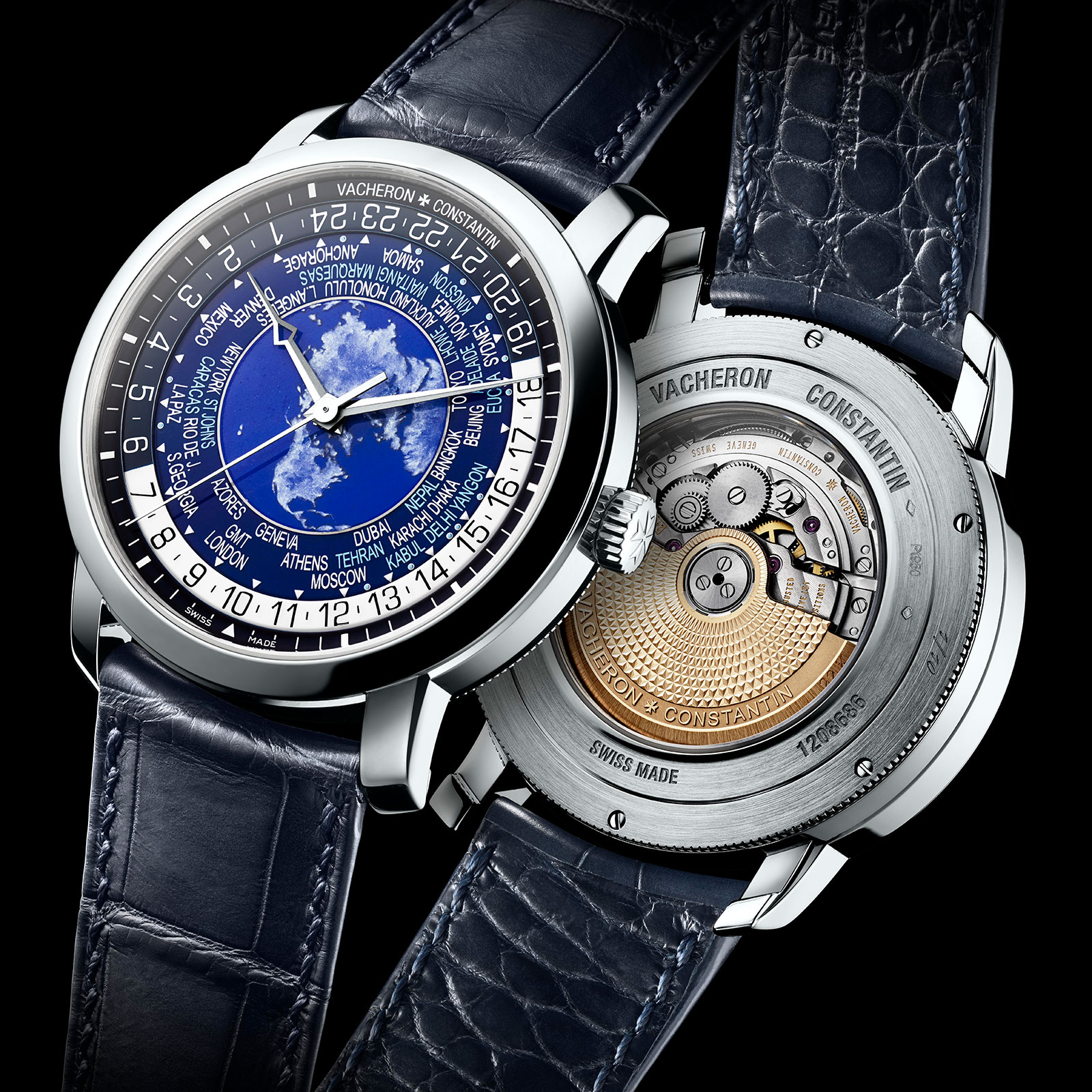 Already available in a variety of iterations, ranging from a gilded dial to the sporty Overseas, the Vacheron Constantin world time that’s capable of tracking 37 times zones is now available with a fired enamel dial.

In the time honoured tradition of Louis Cottier-style world time watches, the Traditionnelle World Time depicts a map of the world in vitreous enamel. While such enamel maps are usually executed in cloisonné, this has been done in the grisaille technique.

Grisaille involves painting the rich blue enamel base with white enamel that is then shaded by scratching the surface with needles and brushes, creating the impression of depth for the continents. Similarly, the cities disc is also blue fired enamel, with the cities representing standard 24 time zones with one hour offsets printed in white. The remaining cities are offset by 15 or 40 minutes, and are printed in pale blue. Dial aside, the rest of the watch is identical to the stock Traditionelle World Time. The case is platinum, 42.5mm in diameter and 11.62mm high. Inside is the calibre 2460 WT, a self-winding movement with a 40-hour power reserve. It’s based on the calibre 2460, the in-house movement found in most of Vacheron Constantin’s upper-end watches.