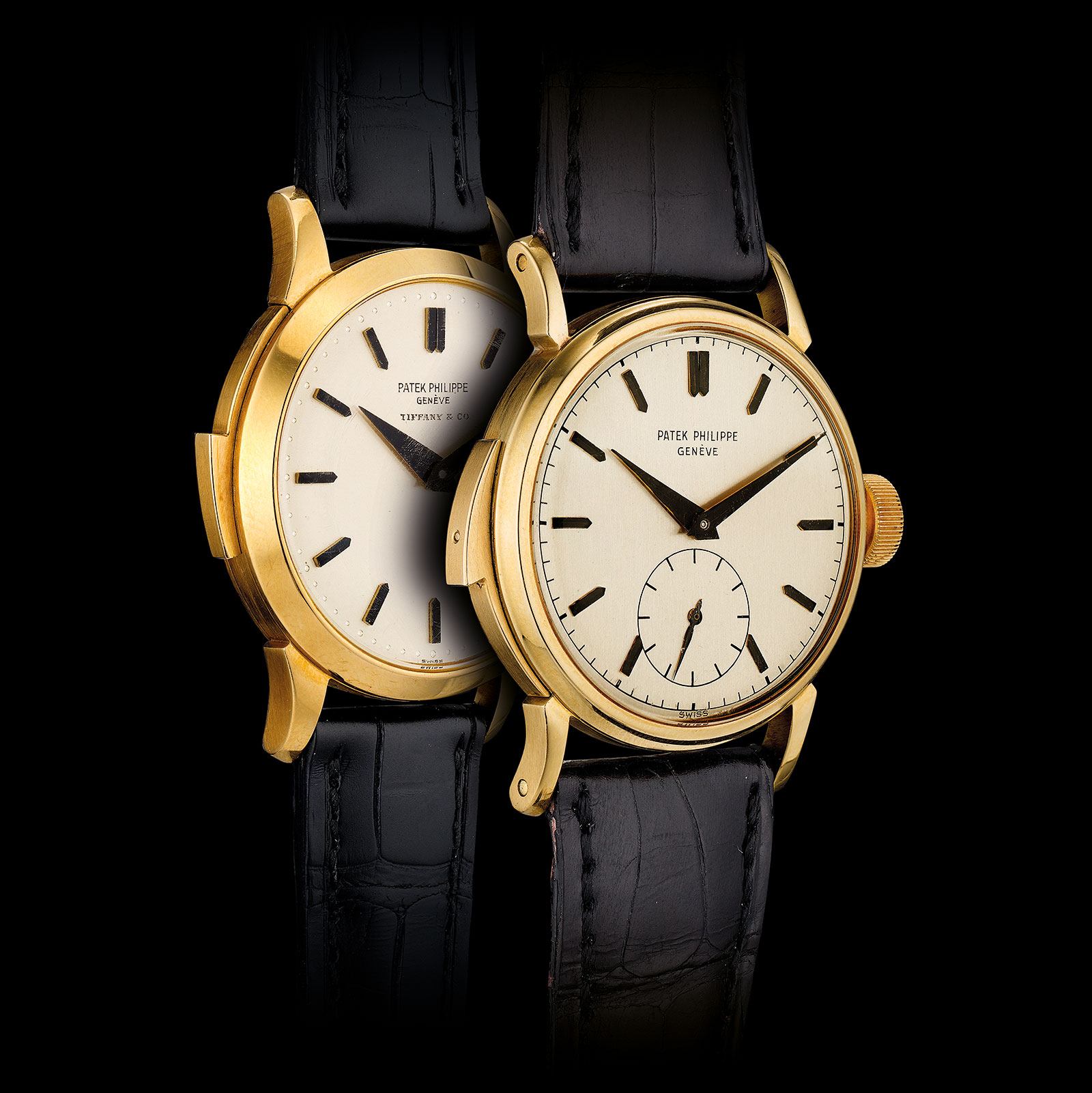 In mid 20th century, a gentleman who lived in New York was the fortunate owner of a pair of unique Patek Philippe minute repeating wristwatches, the refs. 2419 and 2524/1.

The owner, whose name has now been lost to time, ordered the second repeater as a substitute for the first when it was away for servicing. The descendants of the original owner parted ways with the pair some years ago, but they have now been reunited as consecutive lots at Phillips’ The Hong Kong Watch Auction: Three taking place on November 29, 2016.

In exceptionally crisp condition with the original case finish and clear hallmarks, both watches are paradoxically unique but similar. The pair have custom features common to both, namely black indices and hands, as well as oversized repeater slides. These tweaks were made to improve dial legibility and usability of the repeater, a convenience for the original owner who was getting on in age. The dial is its most prominent feature. While classical in style, the dial has an unusual oversized subsidiary seconds, matched with hands and baton hour markers painted a matte black for maximum contrast against the silvered dial.

Adding to its rarity is the fact that it was sold by Cartier New York in 1950, with a hand-stamped Cartier stock number on the case back, as well as a Cartier archive certificate confirming that fact. Produced by Emile Vichet of Geneva, a prominent case supplier to Patek Philippe in the mid 20th century, the case is also constructed in an unusual manner, distinguished by elongated lugs. Not only is the repeater slide oversized, the original crown is also enlarged. In fact, the crown is 7mm in diameter, enormous compared to the 34mm diameter of the case. Even the movement of the watch is special. While the ebauche, or movement blank, was likely produced by Victorin Piguet of Le Sentier, one of the greatest movement makers of the period, the bridge configuration is unique to this calibre, being completely different from similar movements in other watches. While the ref. 2419 above is more historically significant and unique, the ref. 2524/1 is the more classically beautiful, with more conventional proportions. Having been ordered by the same client, the ref. 2524/1 is strikingly similar to the ref. 2419. The repeater slide is oversized, while the hands and indices are matte black. Twenty specimens of the ref. 2524/1 are known, making it rare in itself, but the black hands and markers make it singular. Like the ref. 2419 above, the ref. 2524/1 has a 34mm case made by Emile Vichet. The movement was produced by Geneva movement maker Fritz Piguet, sometimes known as Fritz Piguet & Bachmann (no relation to Victorin Piguet), which was active in the 19th century, indicating the calibre was probably built for a pendant watch originally.