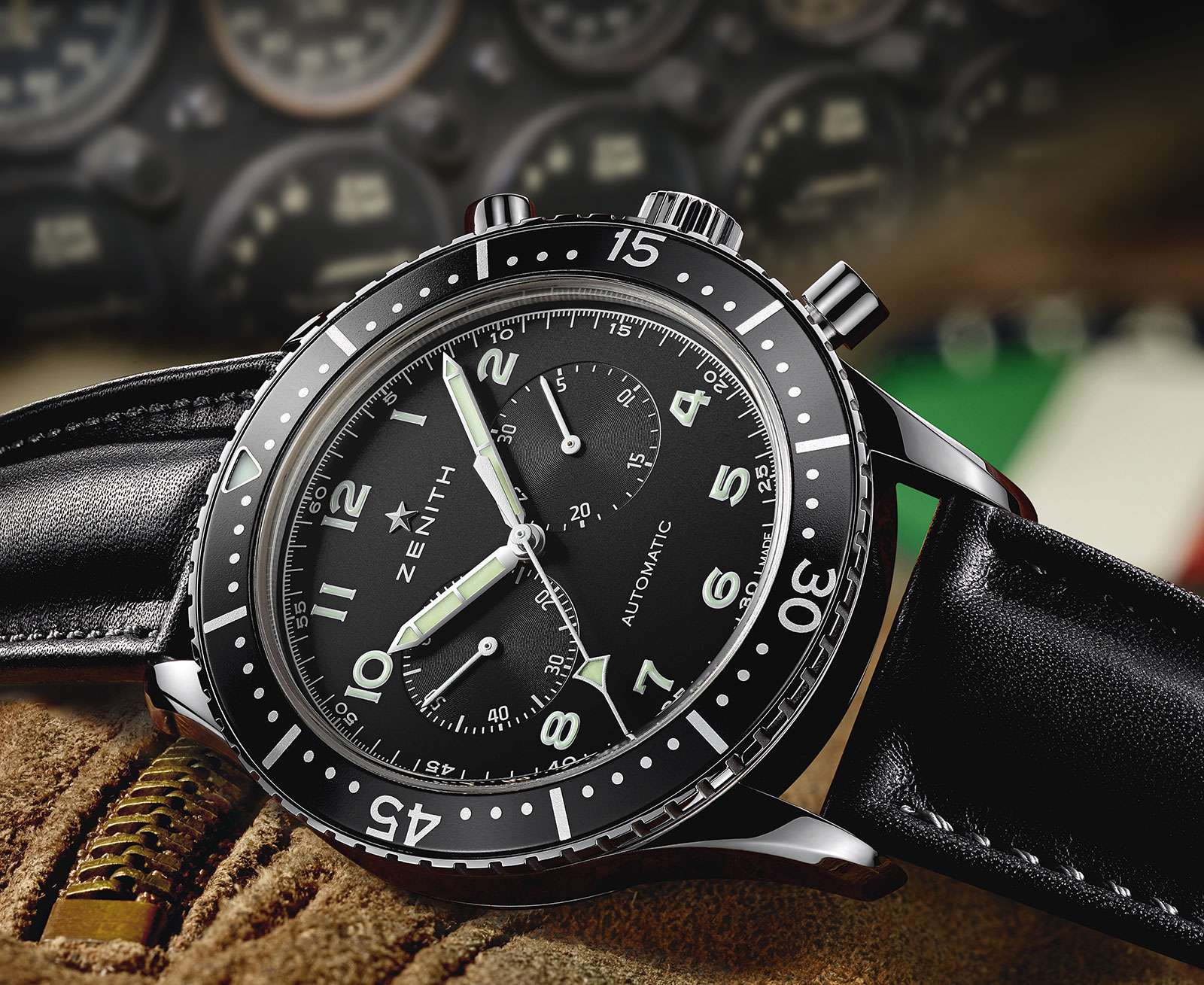 Zenith was one of the pioneers in aviation timekeeping, having produce pilot’s watches since the early days of aviation. That continued until the mid 20th century, when the Tipo CP-2 “Cairelli” chronographs were delivered to the pilots of the Italian military. Now the Zenith “Cairelli” returns as a 1000-piece limited edition that’s pleasing true to the original.

Named Tipo CP-2 (or “type CP-2” with “CP” being short for cronometro polso, “wrist chronometer”) after the military specification for the class of watches, the Zenith “Cairelli” chronograph was produced in a 2500-piece run in the 1960s via the watchmaker’s distributor in Rome, the now defunct A. Cairelli. Many went to pilots of the Lockheed F-104 Starfighter, a supersonic jet that had a long service life but one chequered by accidents. Zenith was just one of the suppliers to the Italian military at the time, with Leonidas, Breitling and Universal Geneve also furnishing pilot’s chronographs, most of which looked similar due to the specifications governing such watches. These timepieces were delivered to the Marina Militare and Aeronautica Militare Italiana, explaining the “MM” and “AMI” inscriptions on the case backs of many issued watches.

The modern Heritage Cronometro Tipo CP-2 sticks closely to the look of the original, being identically sized at 43mm with a bidirectional rotating bezel. While the original was hand-wound – the self-winding chronograph had yet to be invented then – the reissue is equipped with the Zenith El Primero 4069, which was one of the first automatic chronographs invented in 1969. The only drawback of the remake are the sub-dials, which are larger than they were on the originals. Consequently the edge of each register is almost touching the axis of the hour and minute hands, losing the proportions of the original “Cairelli”.