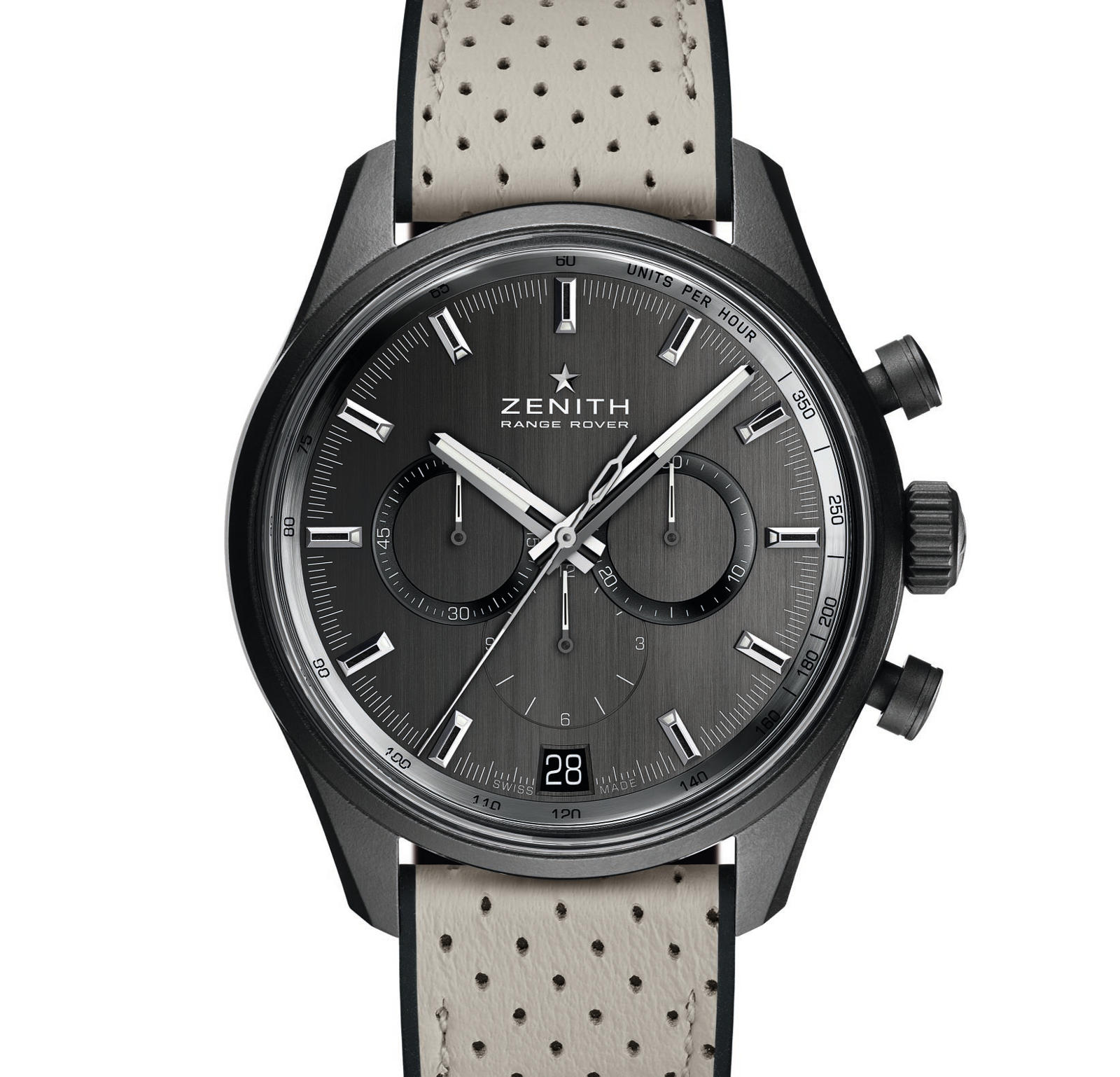 Like its namesake SUV, the Zenith Range Rover wristwatch is intended to be functional rather than flashy. The dial is a restrained dark grey with vertical brushing, with “Range Rover” in diminutive script at 12 o’clock. Another subtle detail that alludes to Range Rover is the open tail of the centre seconds hand, a form that mimics the motif of the SUV’s. The case is classic El Primero, 42mm in diameter and 12.75mm high, with the narrow bezel as well as angular and sloped lugs characteristic of the design. What makes it unusual is the material: ceramised aluminium. This means the material boasts the lightness of aluminium – the watch weighs just 40g or so – with the scratch-resistance of ceramic. Inside the ceramised aluminium case is the El Primero 400B, the classic Zenith automatic chronograph movement that is high-frequency, meaning it runs at 36,000 beats per hour. One feature distinguishes it from the ordinary El Primero: both the Zenith and Range Rover logos on the rotor. The El Primero Range Rover Special Edition is the first watch in the Zenith-Land Rover tie-up, with more watches inspired by the automaker’s vehicles expected in the coming years. The latest vehicle to join the line-up, the SVAutobiography Dynamic, also the most powerful Range Rover