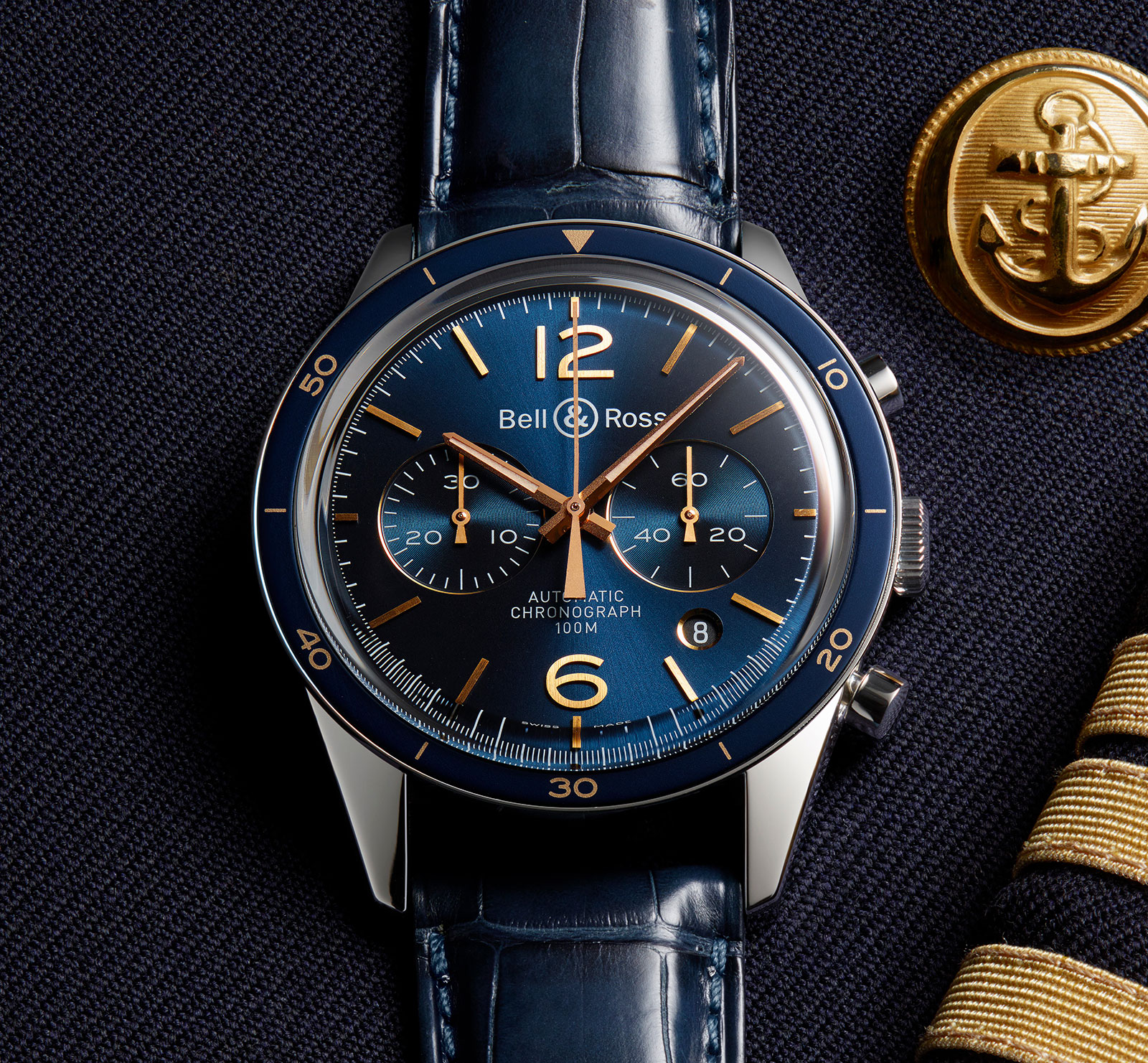 The black-and-white military pilot’s watch has been iterated almost to death by brands like IWC and Bell & Ross, so novelty is difficult. Bell & Ross managed to accomplish a degree of novelty with the Vintage BR Aeronavale with a colour scheme modelled on the blue and gold of military dress uniform. Though the look is loosely based on vintage French naval aviator’s chronographs – hence the Aéronavale moniker – it manages to distinguish itself from the rest. The dial is a bright metallic blue dial with a sunburst brushing, while the hands and hour markers are rose gold-plated. Two versions are available, one being the BR 123 Aeronavale, a time-only automatic with a date window between four and five o’clock. And the other is the BR 126 Aeronavale chronograph with a bi-compax layout and date function. Both models have 43mm steel cases, domed sapphire crystals and display backs that reveal the ETA movements inside. Both will be available at Bell & Ross retailers from August 2016.

Introducing the Hautlence Labyrinth, a Board Game for the Wrist That Doesn't Tell Time

Hautlence unveils an inevitably controversial board game for the wrist featuring a tiny, solid gold maze along with a platinum ball.