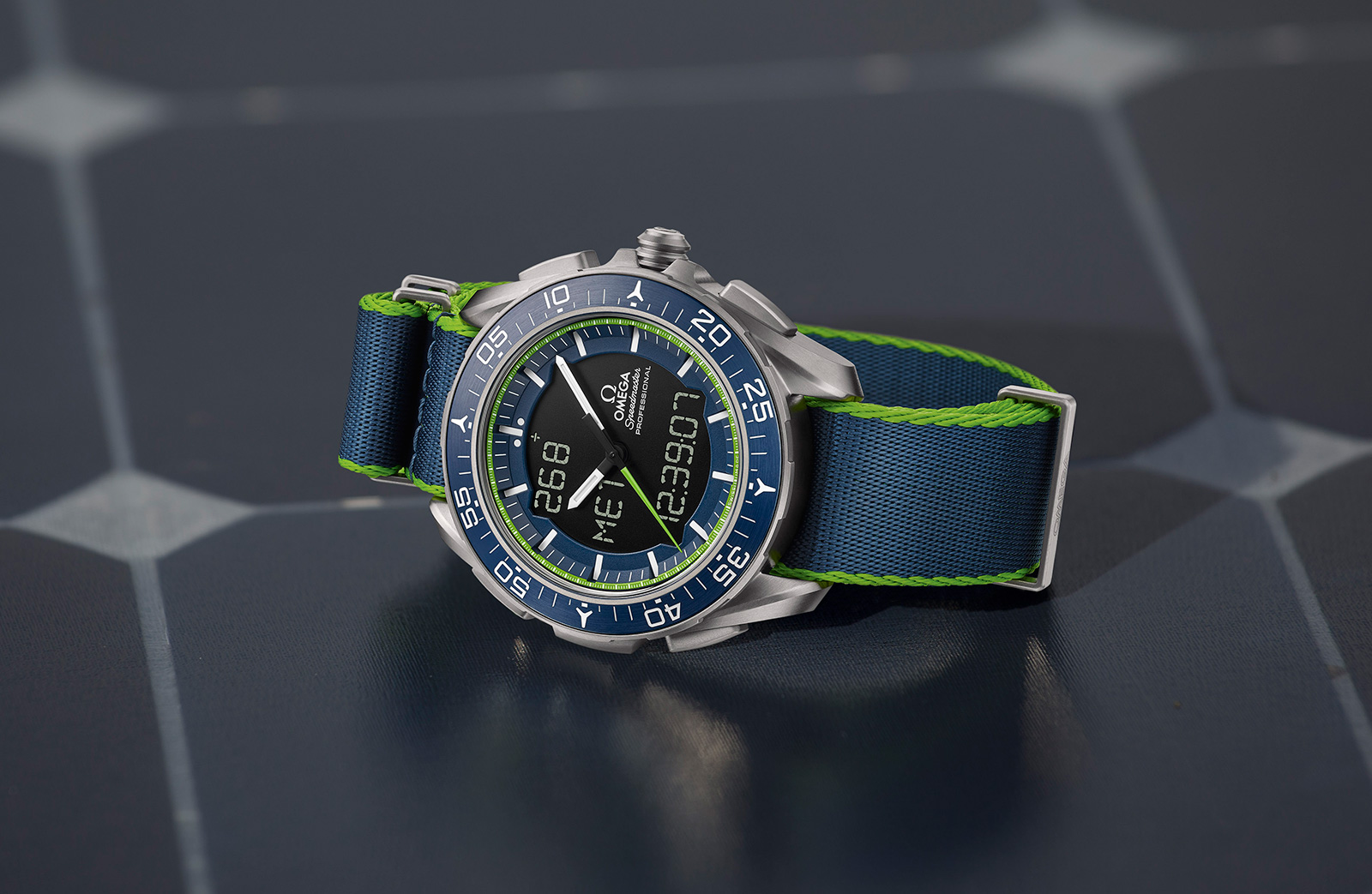 In March 2015 the Solar Impulse aircraft will start its round-the-world flight, and its main sponsor, Swiss watchmaker Omega, will introduce the Speedmaster Skywalker X-33 Solar Impulse, a multi-function pilot’s wristwatch. Originally designed for astronauts as the successor to the Speedmaster Moon Watch and released in 1998, the Omega X-33 was a multi-function pilot’s watch that was amongst the first of its kind. Now it has returned with major technological upgrades, as the Speedmaster Skywalker X-33 Solar Impulse, a limited edition made to mark the first solar-powered circumnavigation of the planet that will be officially unveiled at Baselworld 2015.

Starting in 2006, Omega has supported Solar Impulse, a Swiss project led by Swiss explorer Bertrand Piccard (whose father Jacques was the famed undersea explorer who reached the deepest point on Earth with a Rolex) that aims to fly a solar powered plane around the world. That will become a reality in March 2015, when the Solar Impulse aircraft will take off from Abu Dhabi and circumnavigate the globe, returning to its starting point after five months. Worn by the pilots of the Solar Impulse, the Speedmaster Skywalker X-33 features a plethora of functions, including triple time zones, three alarms, chronograph and countdown functions, and as well as perpetual calendar. For the pilots of Solar Impulse, the watch also includes an extra loud alarm that chimes every 20 minutes at a volume of 90 to 100 decibels (the same level as motorcycle engine) to keep the pilots awake during the night. The calibre 5619 is thermo-compensated, which means the integrated circuit has been regulated to account for the effect on temperature on the quartz oscillator. The 45 mm case is titanium with a blue ceramic bezel insert while the dial is a liquid crystal display (LCD) with analogue hour and minute hands. The Speedmaster Skywalker X-33 Solar Impulse is a limited edition of 1924 pieces, with 1924 being the year the first round-the-world flight took place. It’s fitted on a blue and green canvas NATO strap and is priced at 7600 Singapore dollars inclusive of 7% tax, equivalent to about US$6100.