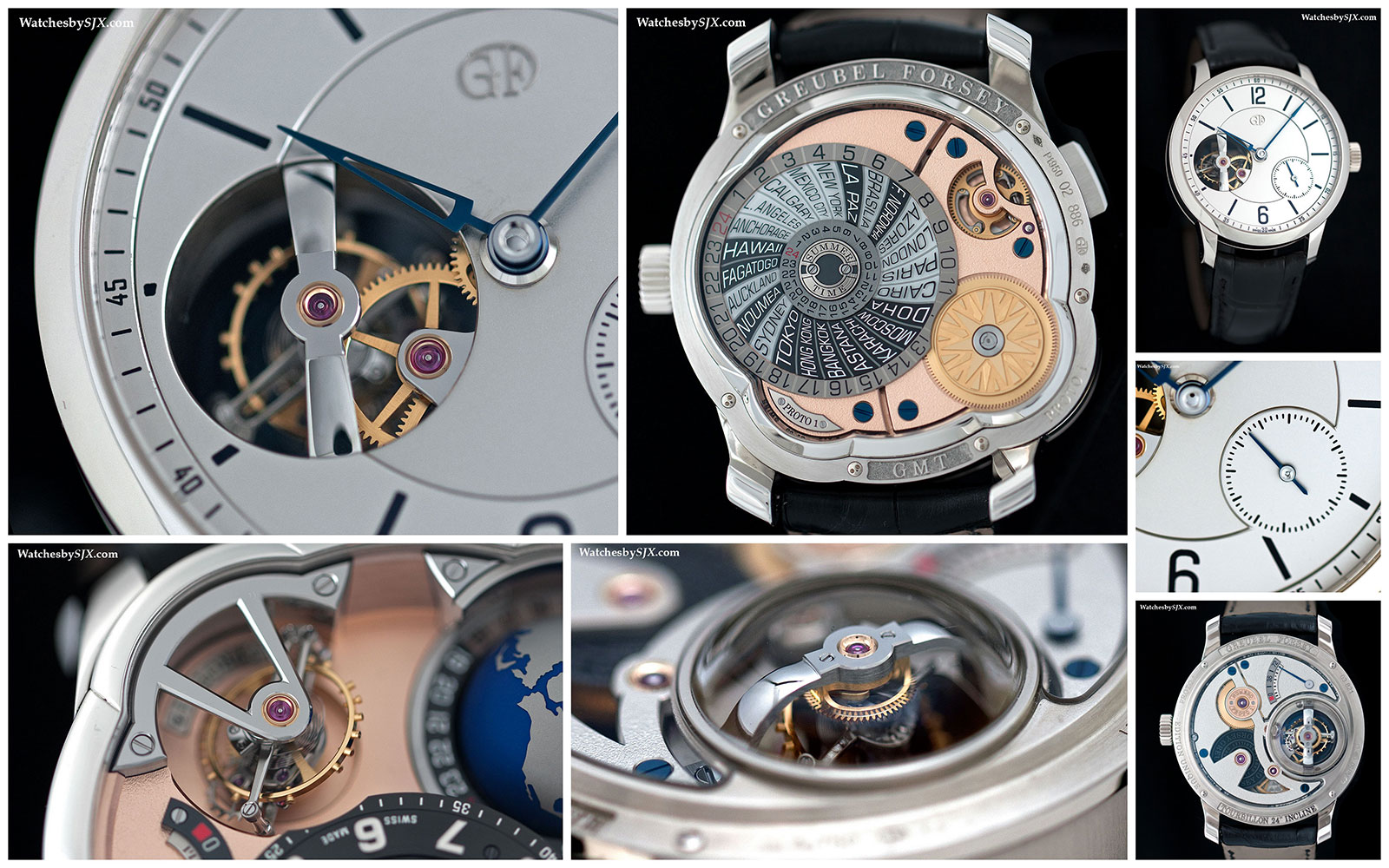 Greubel Forsey stuck to its founding principles, concentrating on exotic tourbillons of exquisite quality – notably with a negligible concession to affordability in the form of a new entry level wristwatch, the Tourbillon 24 Secondes Vision. But as is Greubel Forsey’s habit, everything is executed elaborately and expensively. The dial is a disc of silvered, 18-ct gold, with engraved numerals and markings that are then filled with enamel and fired. Such champlevé enamel dial markings were common on top-end watches in times gone by, they are fade-resistant and last forever. The movement is also decorated in typical Greubel Forsey style, with a sapphire bubble in the back to accommodate tourbillon. Mechanically the movement is very similar to that on the current, and more expensive, Tourbillon 24 Secondes. It features a tourbillon inclined at 25 degrees that rotates at a brisk 24 seconds per revolution. And it is limited to 22 pieces in white gold. Two new versions of the GMT were also introduced. The private jet set now have the choice of a diamond-like carbon (DLC) coated titanium case (US$565,000), or in platinum with a frosted gilt dial (about US$660,000). Both are limited to just 22 pieces. Functionally these are identical to the existing GMT models, with a second time zone on the front along with a day and night indicator in the form of a globe, while a cities disc on the back indicates the time around the world. The colour combination of the new platinum GMT was actually inspired by the Invention Piece tourbillons, which also combined a white metal case with a gilt dial. The final watch revealed at SIHH is actually a work in progress. A working prototype of the Naissance d’une Montre, the result of Le Garde Temps, a collaboration between Greubel Forsey and Philippe Dufour. The goal of the project is to teach a French watchmaker, Michel Boulanger, the skills necessary to manufacture and finish a timepiece the traditional way, meaning no electronic equipment. Once complete, Boulanger will return to the watchmaking school where he teaches to impart those skills on to the next generation of horologists. As the photos indicate, the prototype is some way from being completed, but the wristwatch is promising.