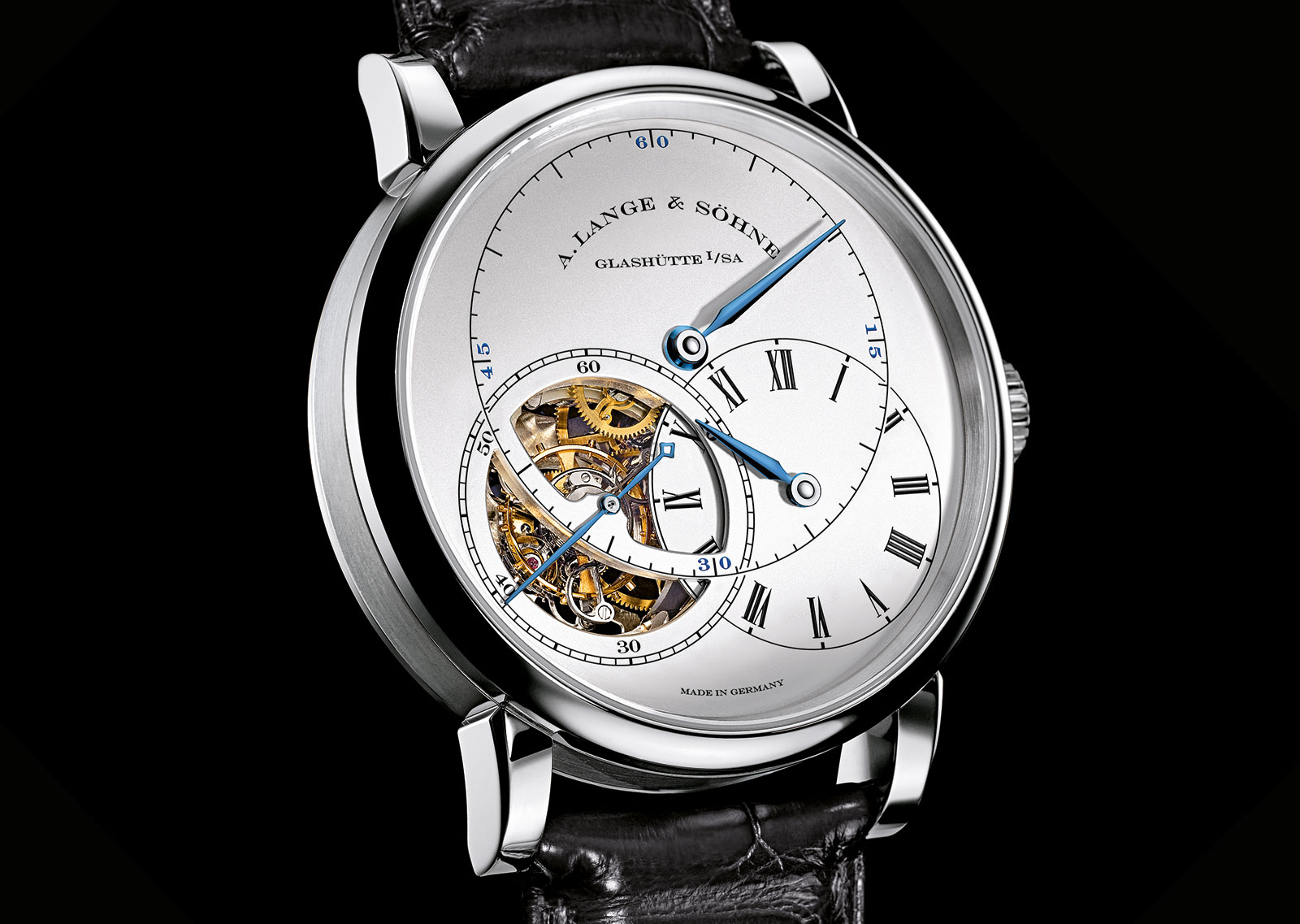 Unveiled at the opening of A. Lange & Söhne‘s boutique in New York City, the new Richard Lange Tourbillon Pour le Mérite is in white gold, a metal never before used for this model. In fact, the only other Pour le Merite tourbillon in white gold was the desirable first edition.

Interestingly, this white gold tourbillon comes just a few days after the launch of the white gold Langematik perpetual calendar at the Moscow boutique inauguration.  Beyond the case metal, the white gold Richard Lange Tourbillon also has some unusual dial details. The silver dial has blued steel hands and subtle, pale blue numerals on the quarters, a combination first used in the Richard Lange boutique edition. Case metal and aesthetics aside, the new Richard Lange Tourbillon Pour le Mérite is identical to the original version in rose gold or platinum launched in 2011. The case remains 41.9 mm in diameter, with the calibre L072.1 inside.

This is equipped with a tourbillon as well as chain and fusée for constant torque even as the mainspring winds down. Unusually the hour numerals for VIII to X are on a disc that jumps out at 8:00 and disappears at 11:00, so as to leave a clear view of the tourbillon for most of the day. Available only at Lange boutiques, the new Richard Lange Tourbillon Pour le Mérite in white gold has a retail price of US$212,900 or €171,900.