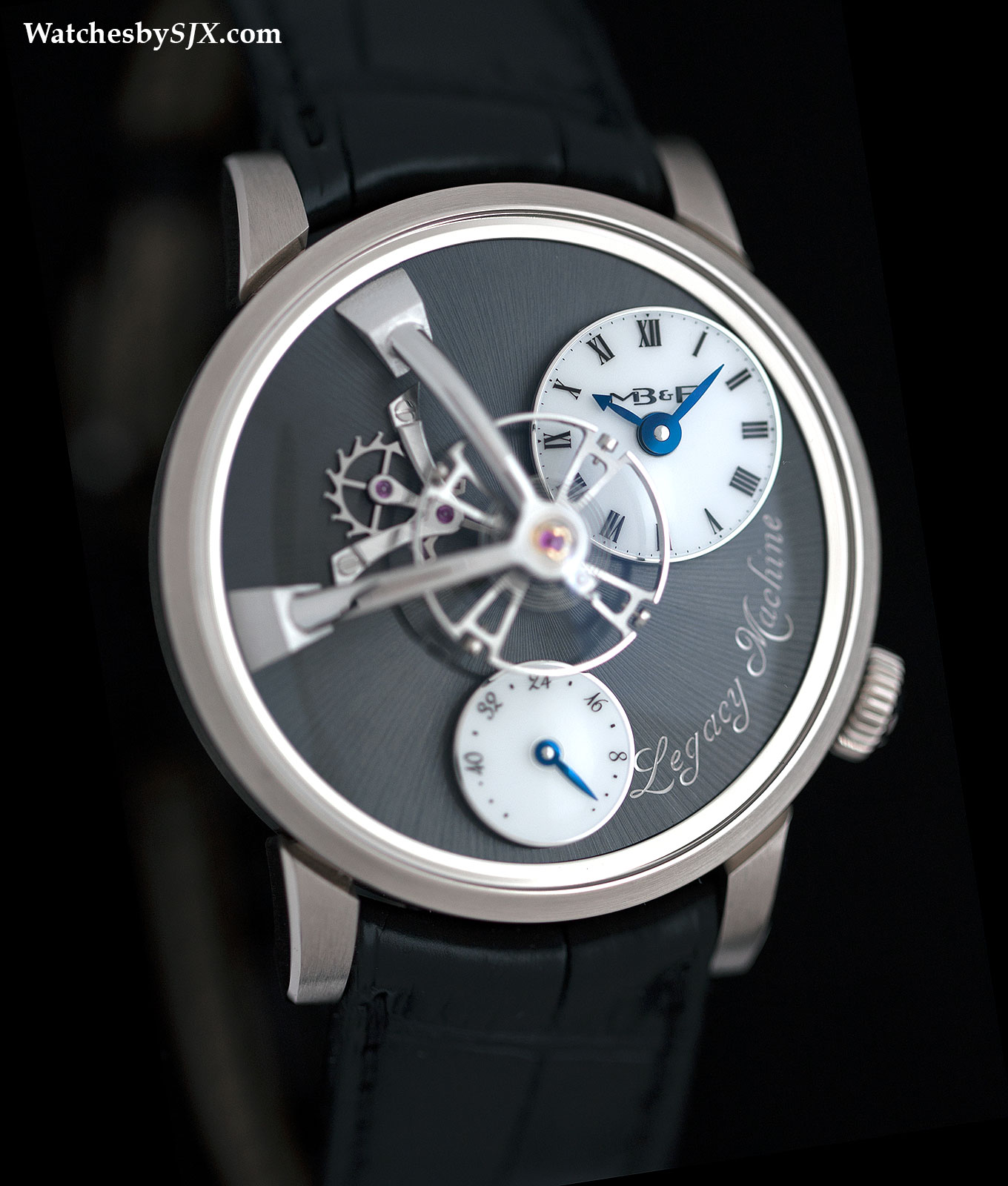 Conceived as the simplest and most accessible entry into the world of MB&F, the LM101 is equipped with the first movement developed in-house by the brand. With the Kari Voutilainen responsible for the finish and design of the movement, the LM101 calibre has obvious technical and visual appeal. Created as a homage to the timepieces of the 19th century, the Legacy Machines from MB&F all share round cases, classical styling and lovingly finished movements, in stark contrast to the extraterrestrial Horological Machines MB&F is best known for. While the earlier Legacy Machines featured complications – the LM1 is a dual time zone and the LM2 has twin balance wheels – the latest LM101 is a time-only watch. But the LM101 still retains the key design elements of the series, as well as a beautifully executed movement. And with a retail price that’s a third less than the LM1, the new LM101 is the most affordably priced timepiece in the MB&F collection. The movement is the first developed in-house by MB&F, a sign of the brand’s maturity and expansion. But like the earlier Legacy Machines, the design and finishing of the LM101 movement was done by Kari Voutilainen, a watchmaker whose mastery of movement finishing is widely known. Consequently the movement is styled much like those in its bigger brothers, with sweeping, elegant bridges and strikingly large jewels in gold chatons. The finishing is beyond reproach, with conspicuous bevelling on the bridges and countersinks. Even the more subtle details are well taken care of, like the bevels on the spokes of the wheels and the graining on the winding ratchet. From the front the LM101 is less elaborate. The time is on a sub-dial at two o’clock, with the power reserve at six. Both sub-dials are in white lacquer with painted markers; the italicised Arabic numerals for the power reserve display are an attractive detail. For those who are accustomed to the typical MB&F, HM or LM, this might come across as sedate.

Towering over the sub-dials is the oversized balance wheel. Identical to the balance wheel found in the LM1, the balance is 14 mm in diameter with four adjustable weights for regulation and a Breguet overcoil hairspring. It is so large it almost overwhelms the two sub-dials. Reminiscent of 19th century iron bridges, the balance wheel is held aloft by a large, v-shaped bridge with impressively polished and rounded arms. The pallet fork and escape wheel sit in between balance cock. Because of the height of the balance cock, the sapphire crystal is high and domed.

At just 40 mm wide and 16 mm high, the LM101 is modestly sized. Its dimensions mean it will look at home on both male and female wrists. Given the other options for men in the Legacy Machine line-up, the LM101 would presumably have plenty of interest from the ladies. The hand wound movement has a 45 hour power reserve.  Only 30 pieces each in red and white gold will be made each year. The retail price is 56,000 Swiss francs before taxes, or US$59,000.