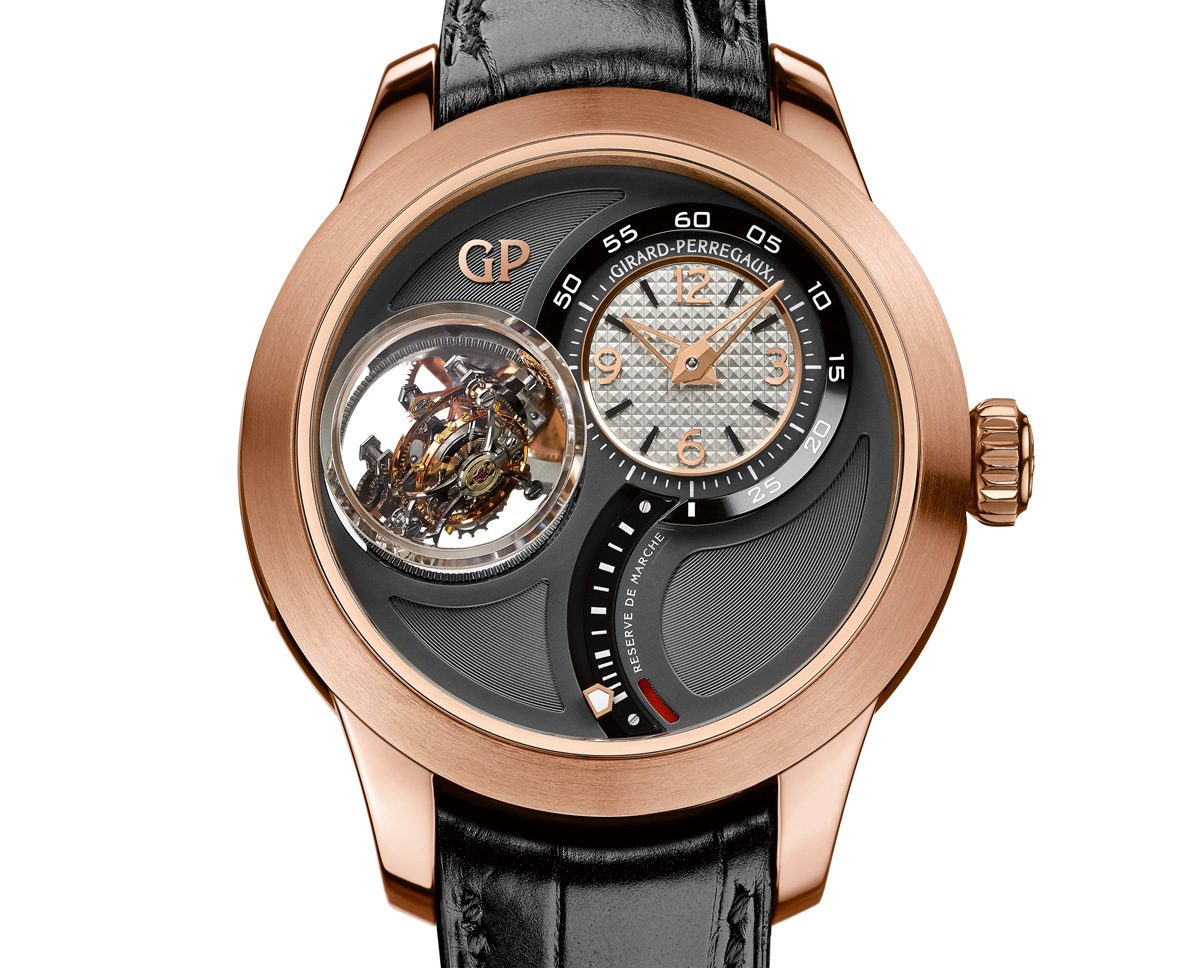 Girard-Perregaux, a brand famous for its tourbillons, has revealed its most complicated tourbillon ever, the Tri-Axial Tourbillon, with 140-part tourbillon rotating on three axes under a sapphire bubble. Maker of the iconic Tourbillon with Three Gold Bridges, Girard-Perregaux has gone a step, or rather an axis, further with its new Tri-Axial Tourbillon, which we previewed here before Baselworld 2014. Already having a double axis tourbillon in its line-up, a triple axis tourbillon was the predictable and necessary next step, given Girard-Perregaux’s strong association with the complication. Developing in collaboration with technical specialist Manufacture Haute Complication SA (MHC), the Tri-Axial Tourbillon is somewhat late to the multi-axis tourbillon segment, with watchmakers like Jaeger-LeCoultre and Greubel Forsey having got there several years ago. Nonetheless, it is nothing to sniff at, with the GP09300 calibre comprising 317 parts – the tourbillon alone is made of 140 components. Sitting under a domed sapphire bubble, the triple axis tourbillon has at its innermost axis a one minute with the traditional lyre-shaped cage. That in turn is mounted on a second cage that makes one revolution every 30 seconds. And the two cages are in turn rotated on another axis that goes round once every two minutes. An additional sapphire porthole on the side of the case reveals the profile of the tourbillon.

To the right of the tourbillon is the dial for the time, decorated with a clous de Paris, or hobnail, guilloche, and below that the indicator for the 52 hour power reserve. Behind the sapphire case back the movement is visible, with a frosted finish on the three-quarter plate, over which are two gold bridges in the signature arrow shape of the brand.