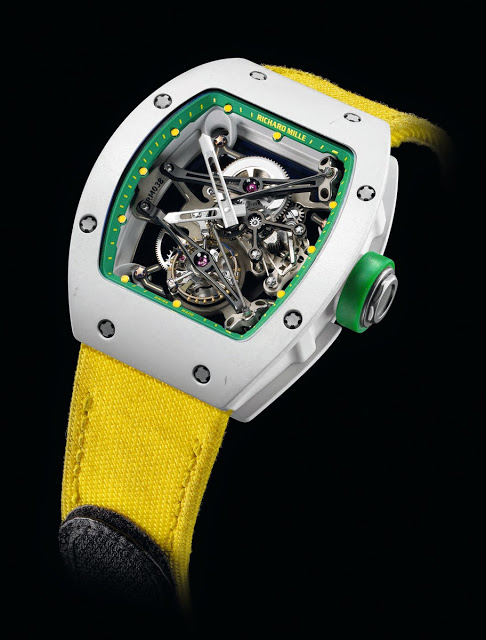 Only Watch 2013 will see the Richard Mille Yohan Blake Tourbillon go under the hammer to fund research into Duchenne Muscular Dystrophy. Richard Mille, which was recently revealed to be in talks to be acquired by Kering, will contribute the prototype of the Yohan Blake Tourbillon to Only Watch 2013. This is the actual watch worn by Blake at the London 2012 Olympics, the first time a sprinter ran a competition with a watch on his wrist, providing tremendous publicity for Richard Mille. This Yohan Blake Tourbillon is actually based on the RM038 Bubba Watson (the RM038 is all white), and never made it into official production. Richard Mille presented the all new, asymmetrical and similarly coloured RM059-01 Yohan Blake at SIHH earlier this year. Only Watch, the biennial charity watch auction, takes place in Monte Carlo at the end of September this year. More can be found on the Only Watch website. – SJX