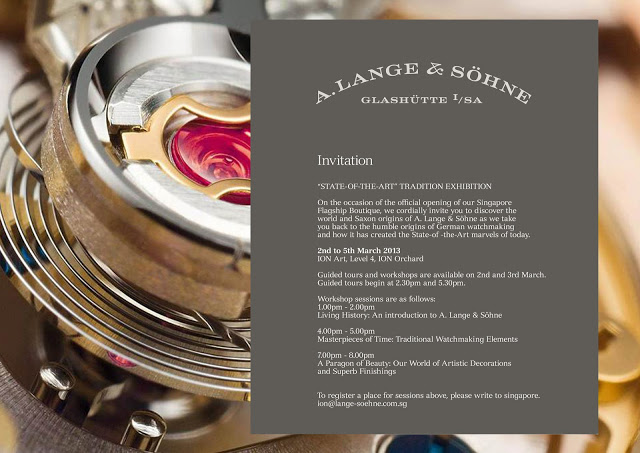 To mark the official opening of its first boutique in Singapore, Lange will stage the “State of the Art Tradition” Exhibition. From 2 to 5 March 2013, the exhibition at ION Art on level four of ION Orchard will explain Lange’s brand of fine watchmaking, and includes live demonstrations of watch assembly, engraving and finishing by staff from Lange in Glashütte. In addition there will be guided tours and workshops. The schedule of activities is as follows: At the same time, the Lange collection just unveiled at SIHH 2013 will be on show at the Lange boutique on level two of ION Orchard, as part of the SIHH 2013 world tour. – SJX