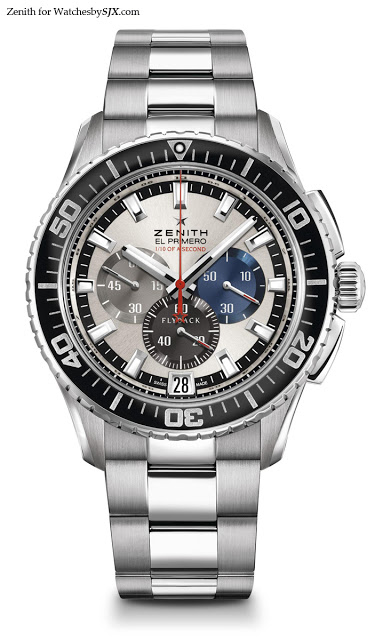 Since Jean-Frederic Dufour embarked on his repositioning and revival of Zenith, the firm has engaged several ambassadors, adventurers and the like. While admirable, most of them are not especially famous. One of them, however, might soon be on the front pages all over the world.  After being postponed several times, it seems like Zenith ambassador Felix Baumgartner will jump off a platform held aloft by a helium balloon on 14 October 2012. The balloon will be at 120,000 ft or 36,600 m, which will make it the highest skydive on record. Known as Red Bull Stratos, the project aims to further research into high altitude jumps and space suits (Wikipedia outlines the entire enterprise).  Mr Baumgartner will be wearing a pressurised outfit not unlike a space suit, and also a Zenith El Primero Stratos Striking 10th on his wrist. – SJX