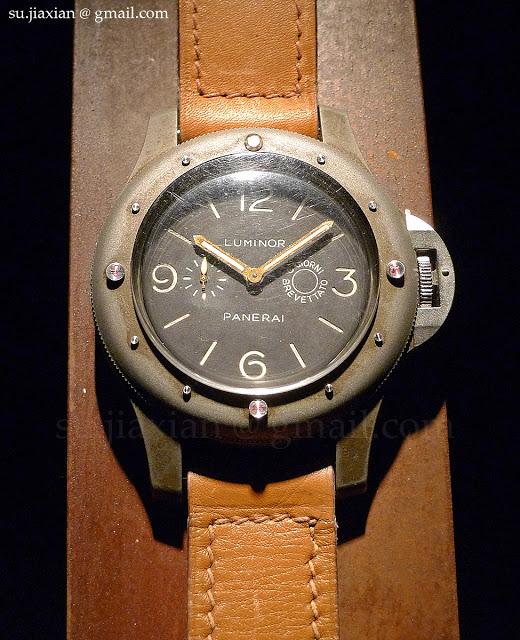 Panerai just concluded the “Time and Space – Tribute to Galileo Galilei” exhibition in Shanghai, China. Held at the Shanghai Sculpture Space, the show displayed an incredibly comprehensive collection of vintage and modern Panerai watches, as well as artefacts from the Galileo Museum in Florence.

Most, if not all, of the notable Panerai watches from past and present were on show. Every iteration of the Luminor and Radiomir conceivable, as well as everything else in between like the transitional models and Mare Nostrum. Especially notable was the comprehensive range of vintage Panerai from the Panerai museum in Florence which are rarely seen anywhere. The Egiziano, Slytech and Mare Nostrum were all part of the exhibition. Also on show were the astronomical complications launched at Panerai last year, the L’Astronomo (Luminor 1950 Equation of Time Tourbillon Titanio – 50 mm), Lo Scienziato (Radiomir Tourbillon GMT Ceramica – 48 mm) and Jupiterium planetarium clock. And Panerai also had watchmakers on hand demonstrating the finer points of the in-house calibres. One of them was assembling the tourbillon calibre P.2005. Here’s a short clip of his putting the cage together. For those who missed the show fret not, the exhibition will next travel to the US at a future undetermined date.