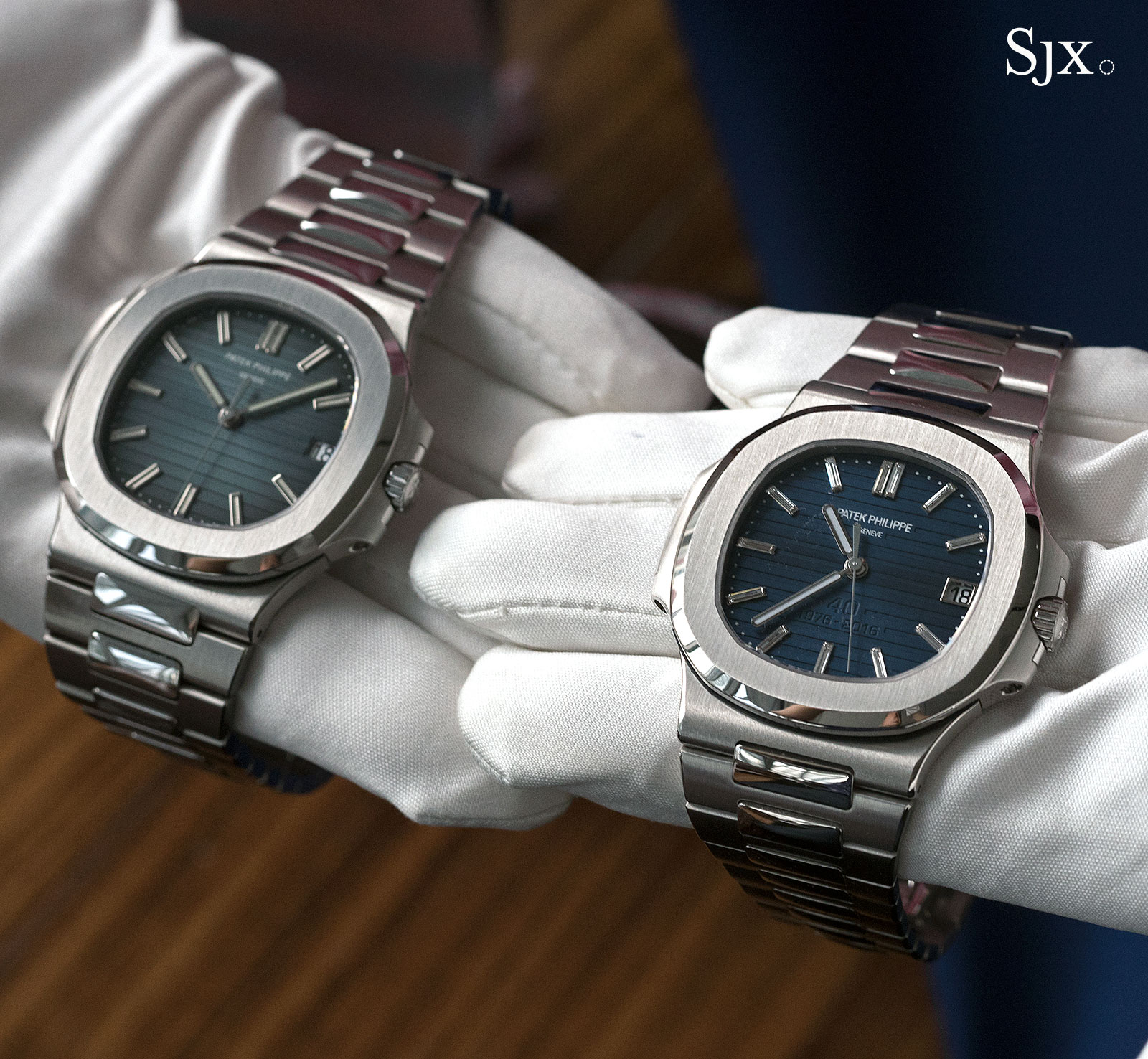 The president of Patek Philippe, Thierry Stern, has publicly mused about discontinuing the Nautilus, the brand’s bestselling luxury-sports watch. My first reaction – madness. But now the mythical Nautilus ref. 5711/1A-10 – collectors love model references that they recite to you like a mantra – will disappear from the catalogue, despite long waiting lists of up to 12 years.

This said, Mr Stern is not taking an unusual risk, as the ref. 5711/1A will most likely be replaced by a new model, perhaps the ref. 6711, that will probably address the few disadvantages of the outgoing Nautilus. Amongst them, an upgraded bracelet and clasp perfect for a watch of this price, and perhaps a hacking seconds, the norm in watches from more accessible brands. And possibly a slightly enlarged case that would be more in line with today’s tastes.

Going against the tide

The Nautilus was designed by legendary designer Gerald Genta, who was also the father of another legendary watch, the Audemars Piguet Royal Oak. Both of his creations were totally at odds with the prevailing taste of the era, which was focused on classical aesthetic canons, favouring gold cases to elevate the perception of the product.

When the Royak Oak was launched in 1972, it was an aesthetic and commercial gamble. Conceived to conquer a new segment at the high end, it was a sports watch in steel but priced like a solid-gold watch, with an octagonal bezel secured by visible screws – a design recognisable across a room. At Patek Philippe, it was quickly understood that despite the Royal Oak’s rather slow initial sales, this segment would grow in importance and so in 1976 Patek Philippe launched the Nautilus ref. 3700.

A sharp design with subtly-octagonal bezel and an integrated steel bracelet, the Nautilus was a little more rounded in form. Yet it embodies the design ethos of the 1970s, with a magnificent dial stamped with horizontal lines, allowing the blue dial finish to take on a graduated finish that varies in colour depending on the light.

In four decades, the two rivals have become fabled objects that still inspire watch design today. In the last two years, we have seen an endless stream of watches strongly inspired by the two leading products of the segment, all having an integrated metal bracelet, blue dial, and a rather sharp case style.

An impressive rise in value…

The official Swiss retail price of a steel Nautilus ref. 5711/1A was CHF28,500, while its price on the secondary market was about CHF70,000 – a multiple of 2.5. Since the confirmation of the Nautilus’s departure from the collection, secondary-market values have soared to over CHF100,000, a 50% increase over the recent values, and a 250% premium to retail.

Some market observers think that could rise to CHF130,000-150,000 – as much as four times retail – in the short to medium term as the hype reaches its peak. 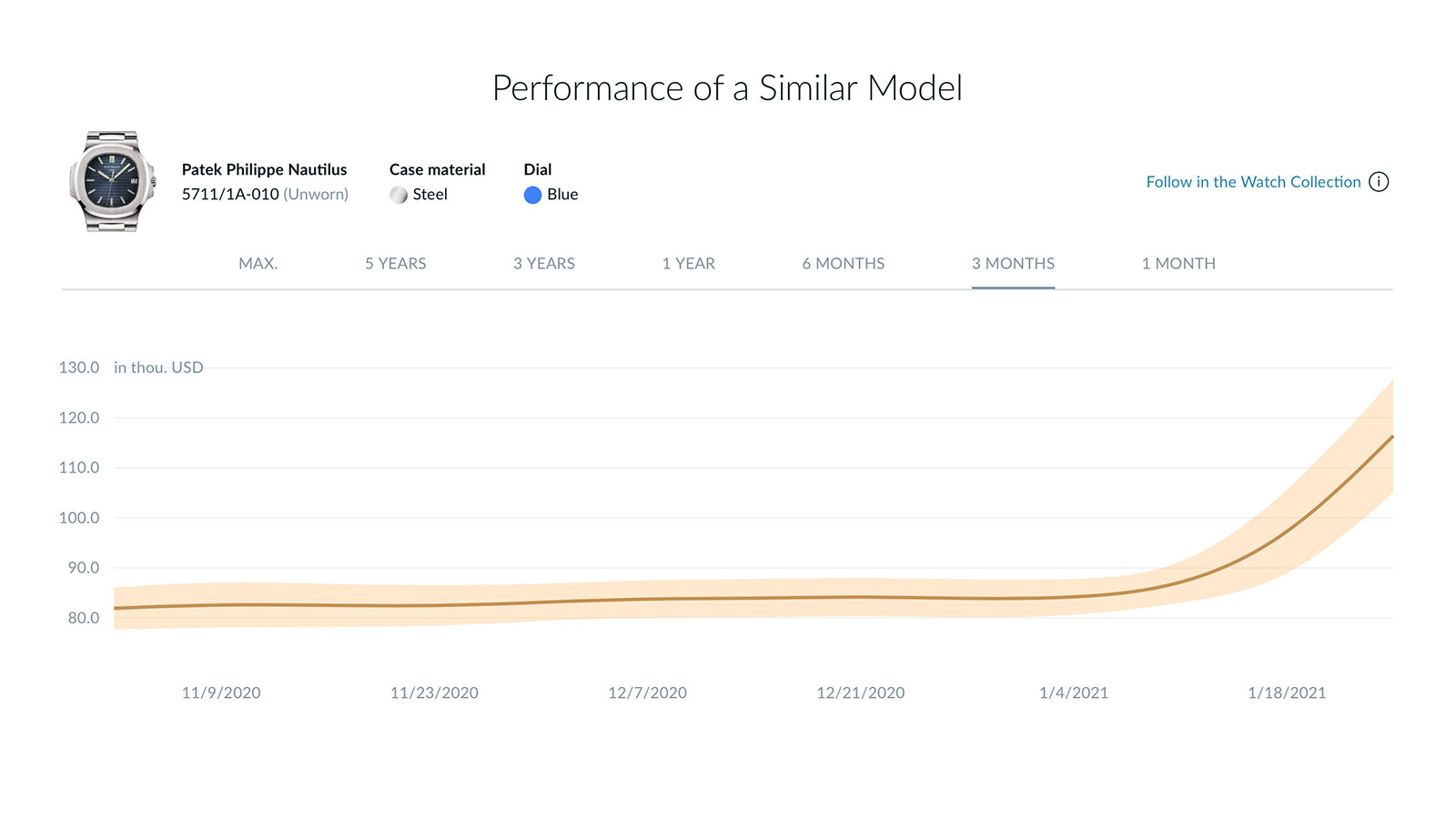 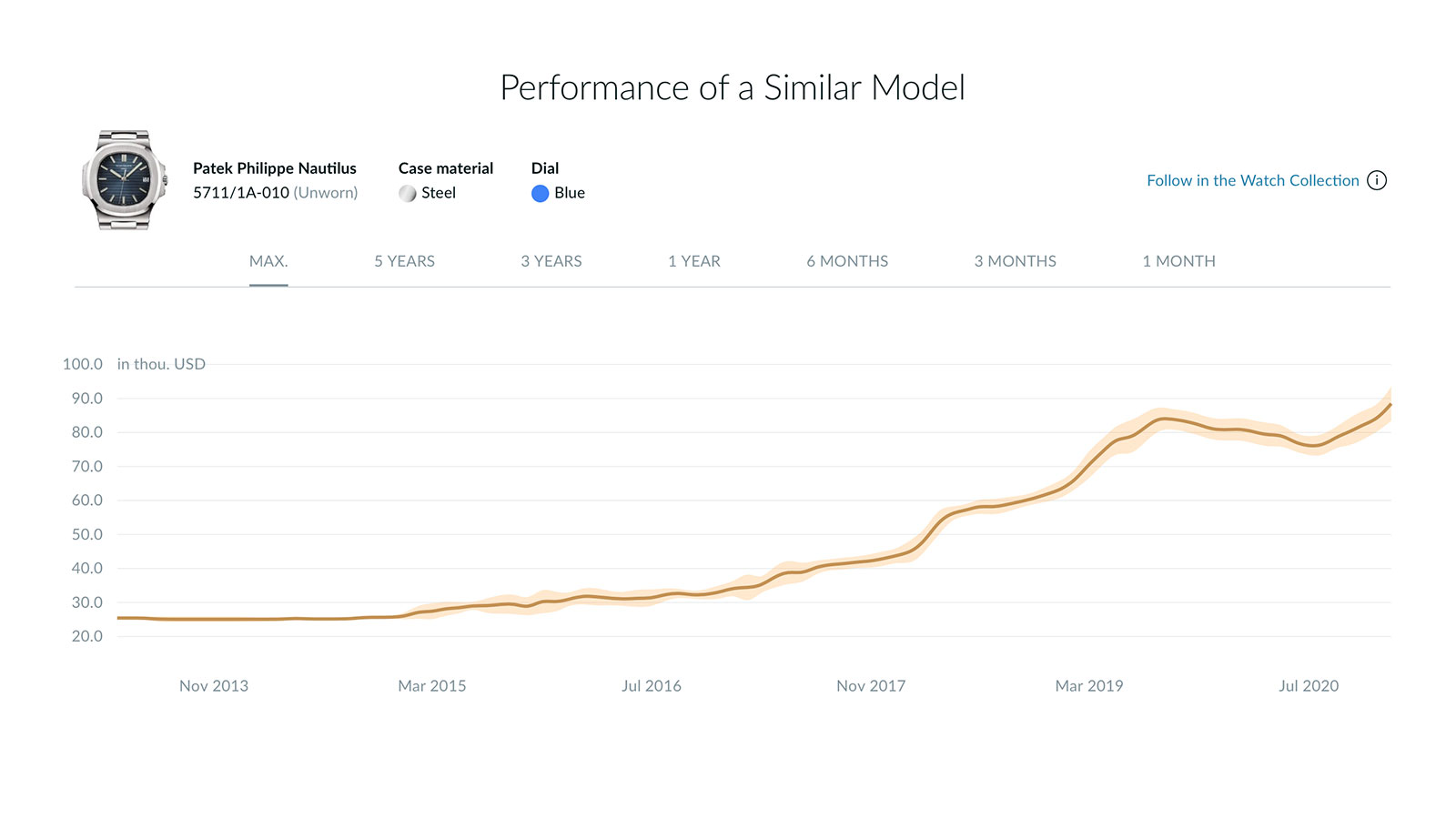 And then there’s the “double-signed” Nautilus with the Tiffany & Co. logo on the dial (meaning it was sold by the American jeweller). Already selling for substantially more than the standard ref. 5711/1A, these uncommon examples have gone from about US$75,000 to over US$250,000 – from double to eight times the retail price.

That’s not quite Bitcoin territory yet, but it is more likely that you will find a buyer for a Nautilus ref. 5711/1A in five years than BTC at current prices. 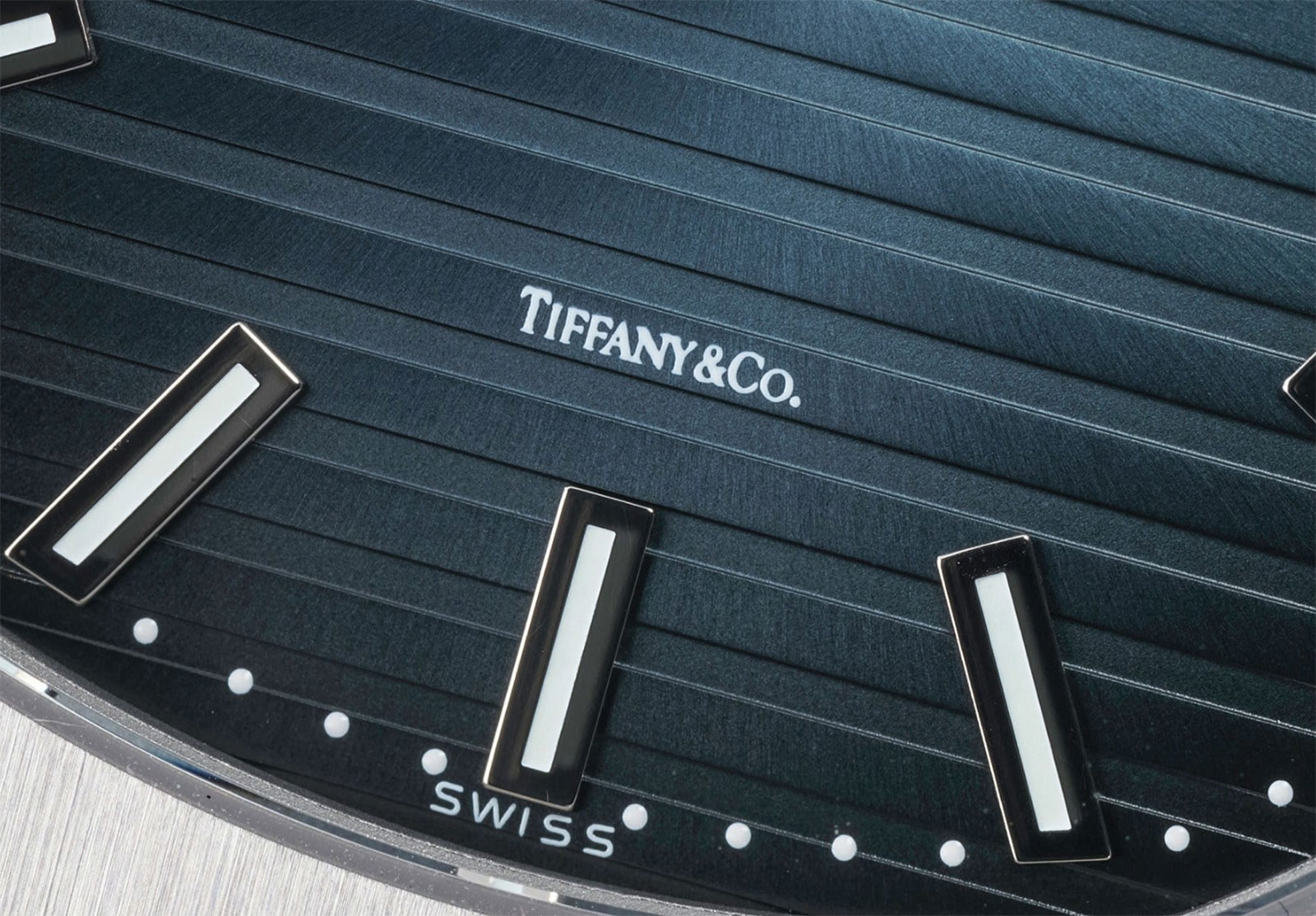 … And many frustrated buyers

What happens to the thousands of clients on the waitlist for a Nautilus? There are enough of them the order book is filled to as far out as 12 years. After, for example, a six year wait and to be told to move along, how will they react?

Anger? Or turn to a competing brand? Or wait for the new Nautilus ref. 6711?

What intrigues me the most is not the fact that Patek Philippe has decided to take one of its flagship watches out of production, but the fact that the news of this decision has been playing out on social media, rather than being announced by the brand itself.

Admittedly, the first rumours of a discontinuation emerged from an interview given by Mr Stern to GQ in December 2019 where he noted – quite rightly – that a brand’s success could not be based on a single model, and the Nautilus had sold enough for the brand to move on to something else.

But instead of complete opacity, there is room for improvement in communication that will be potentially beneficial to the brand. In the age of social media and its ability to spread unfounded rumours – like the oft-discussed takeover of Patek Philippe – it is better for a luxury brand to remain in control of the messages it wishes to convey. 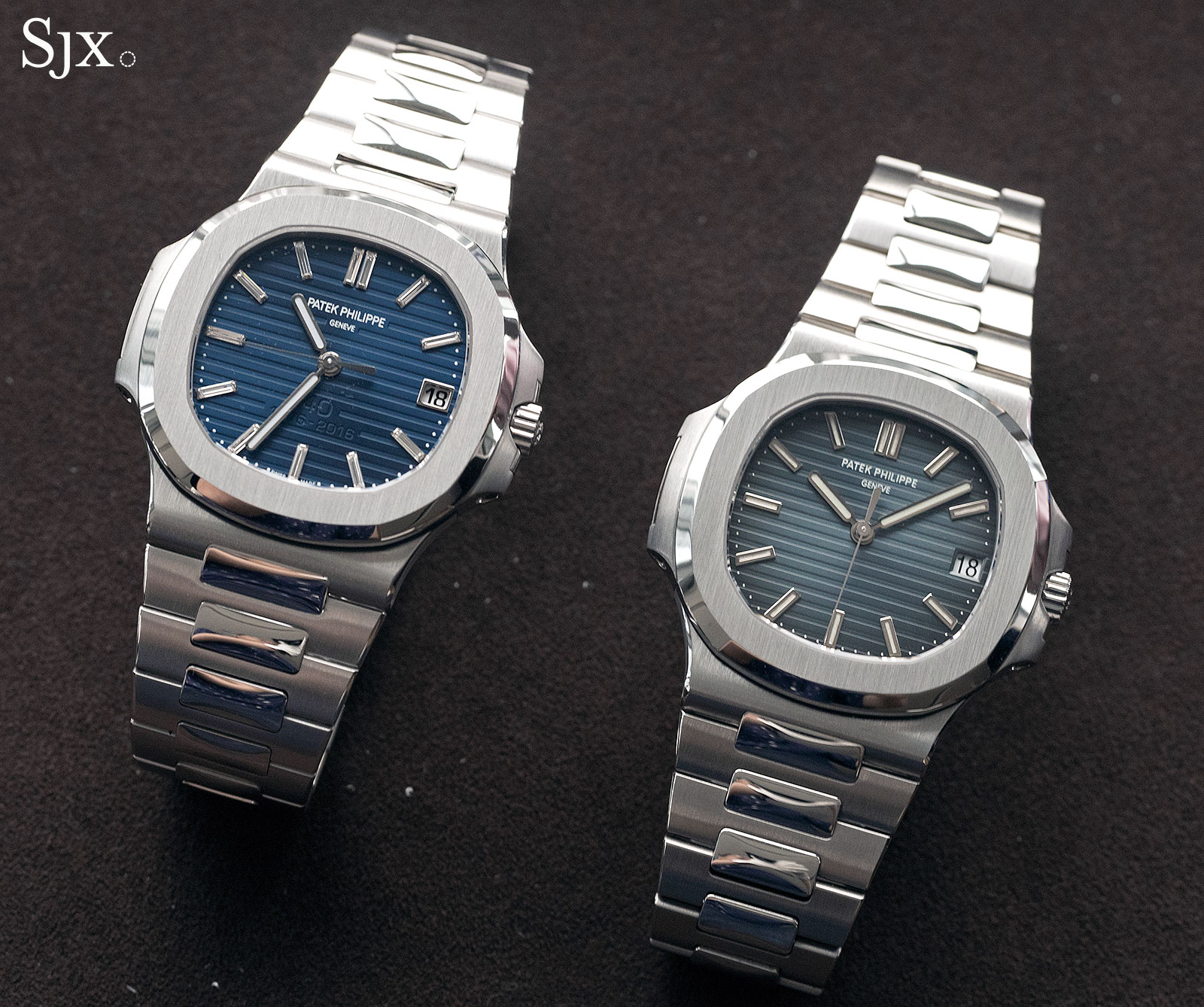 A case study in branding

I have the privilege of occasionally teaching marketing to university students, so I am delighted to be able to add the “Nautilus phase out” case to the syllabus. Not only has Patek Philippe succeeded in creating a buzz amongst watch collectors, but in being the subject of endless speculation, it has also reinforced its status of the luxury watchmaker that can afford to choose its customers.

Notably, the phenomenal increase in the value of the Nautilus benefits Patek Philippe in neither sales nor profits – at least in any tangible or direct sense – since the company continues to sell it at the official retail price, which no doubt still leaves room for a very comfortable margin.

But the uncontrollable increase in demand is of course boosting its brand equity, something succinctly summed up by HEC marketing professor Jean-Noël Kapferer in his book The New Strategic Brand Management: “Brand equity is the future ability of brands to generate surplus profits simply by virtue of their name – all the values associated with the brand in the minds of the public”. The Nautilus has generated a vast surplus, proving the monumental brand equity of Patek Philippe.