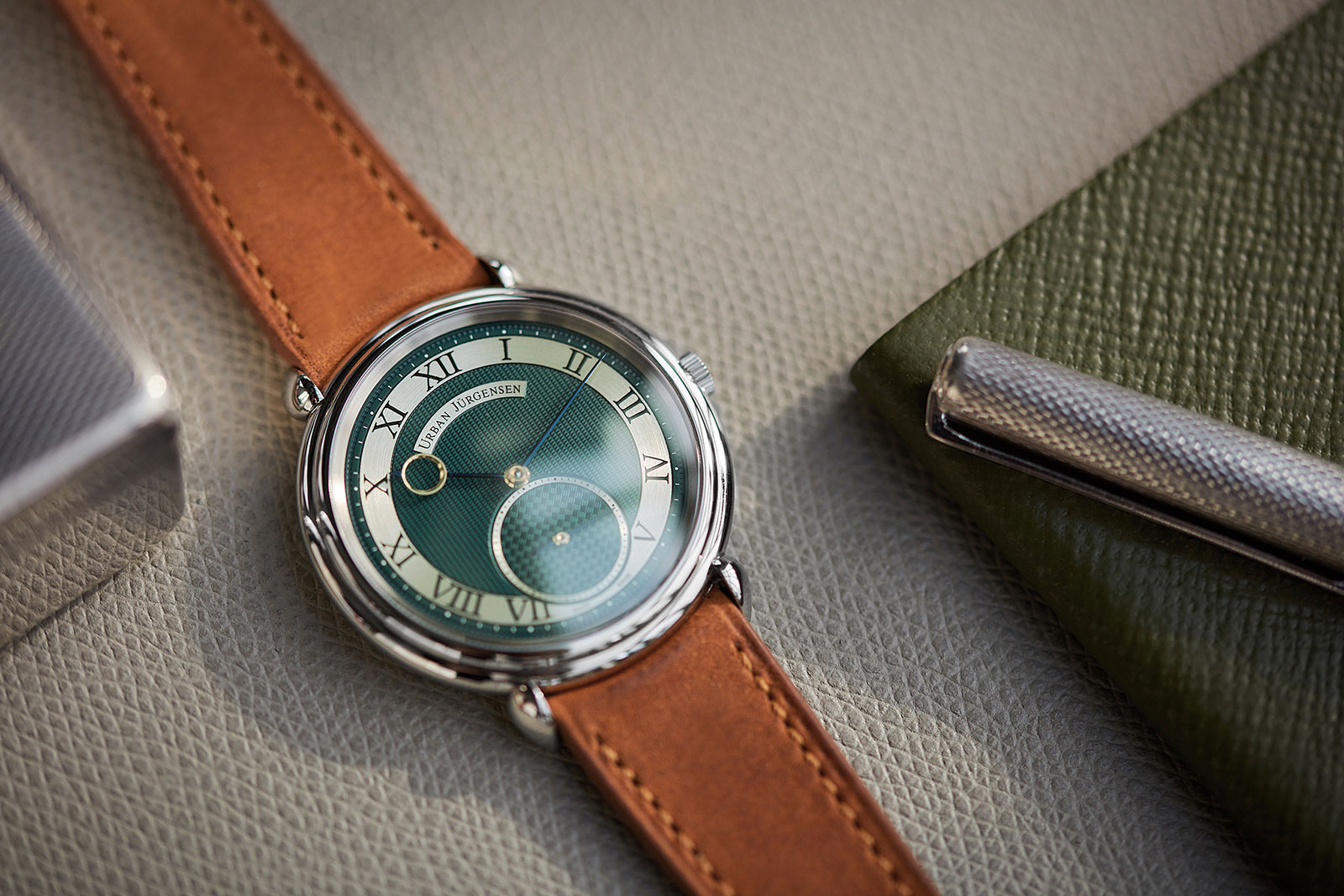 A hallowed, 18th century name in Danish watchmaking that was revived in the 1970s in Switzerland, Urban Jürgensen & Sønner (UJS) has a well-developed, elegant aesthetic that is classical yet distinctive. Now the brand’s house style has been given a twist by its retailer in the British isles, London-based A Collected Man, which will also be doing its bit for charity with profits from the sale of this timepiece.

The Big 8 London Edition is based on the brand’s entry-level gent’s wristwatch, which means a steel case, but one made the same as its precious metal counterparts. The case band and teardrop lugs are separate pieces that are individually fabricated and finished before being carefully soldered together. 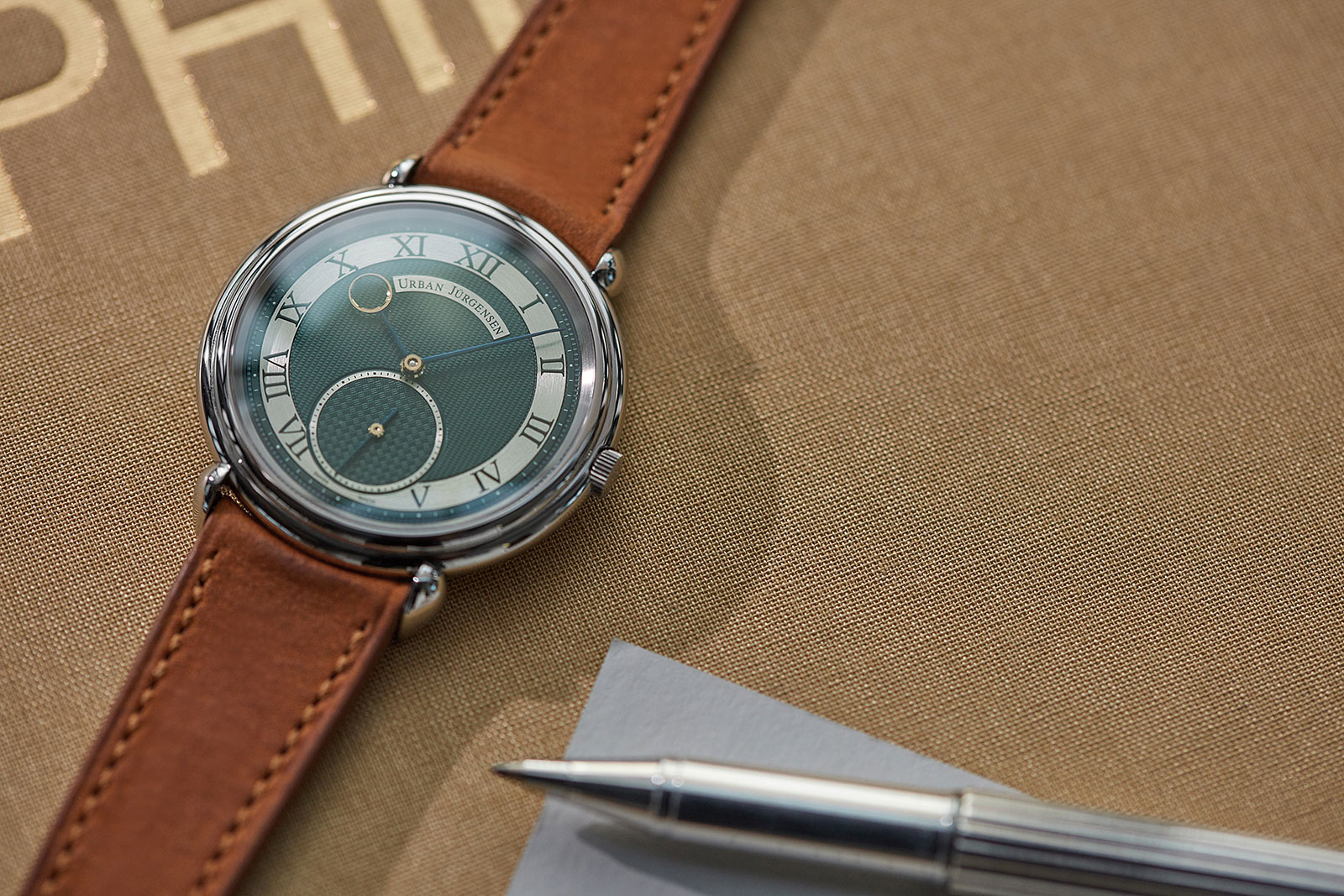 More importantly, the Big 8 has the full works when it comes to the dial and hands. Made of solid silver, the dial is decorated with guilloche done the old-fashioned way, with a hand-operated rose engine.

Perhaps the most endearing element of the brand’s work, the “observatory” hands are similarly artisanal in nature – turned by hand, heat-blued by hand, and then polished by hand. But the hour hand boasts a little extra – the large ring at its end is actually a solid gold insert pressed into the steel hand. 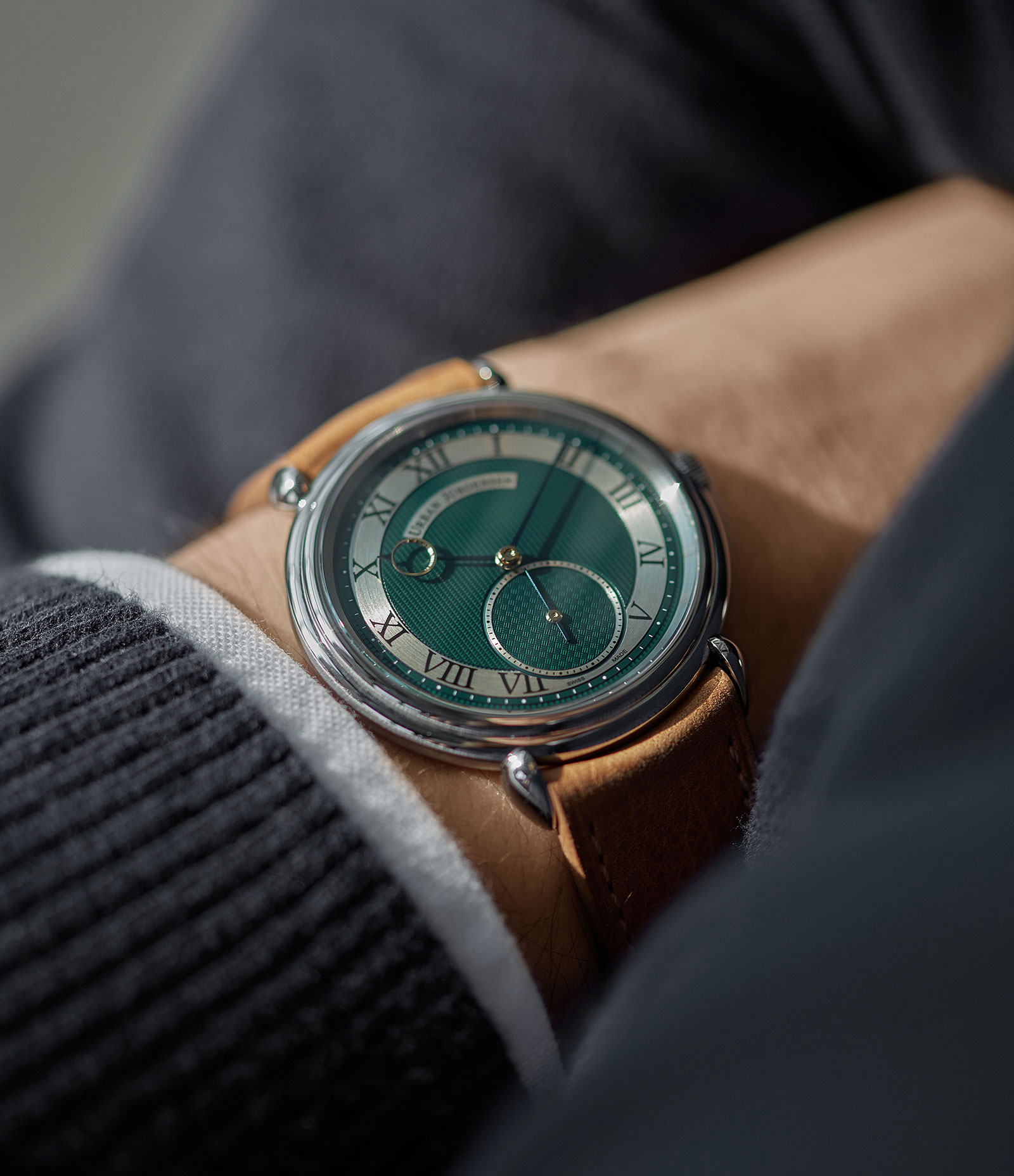 Two details set apart the London Edition from the standard model. One is the dial in British racing green that replaces the usual silver dial. And the other is the removal of the date function found on the standard version. 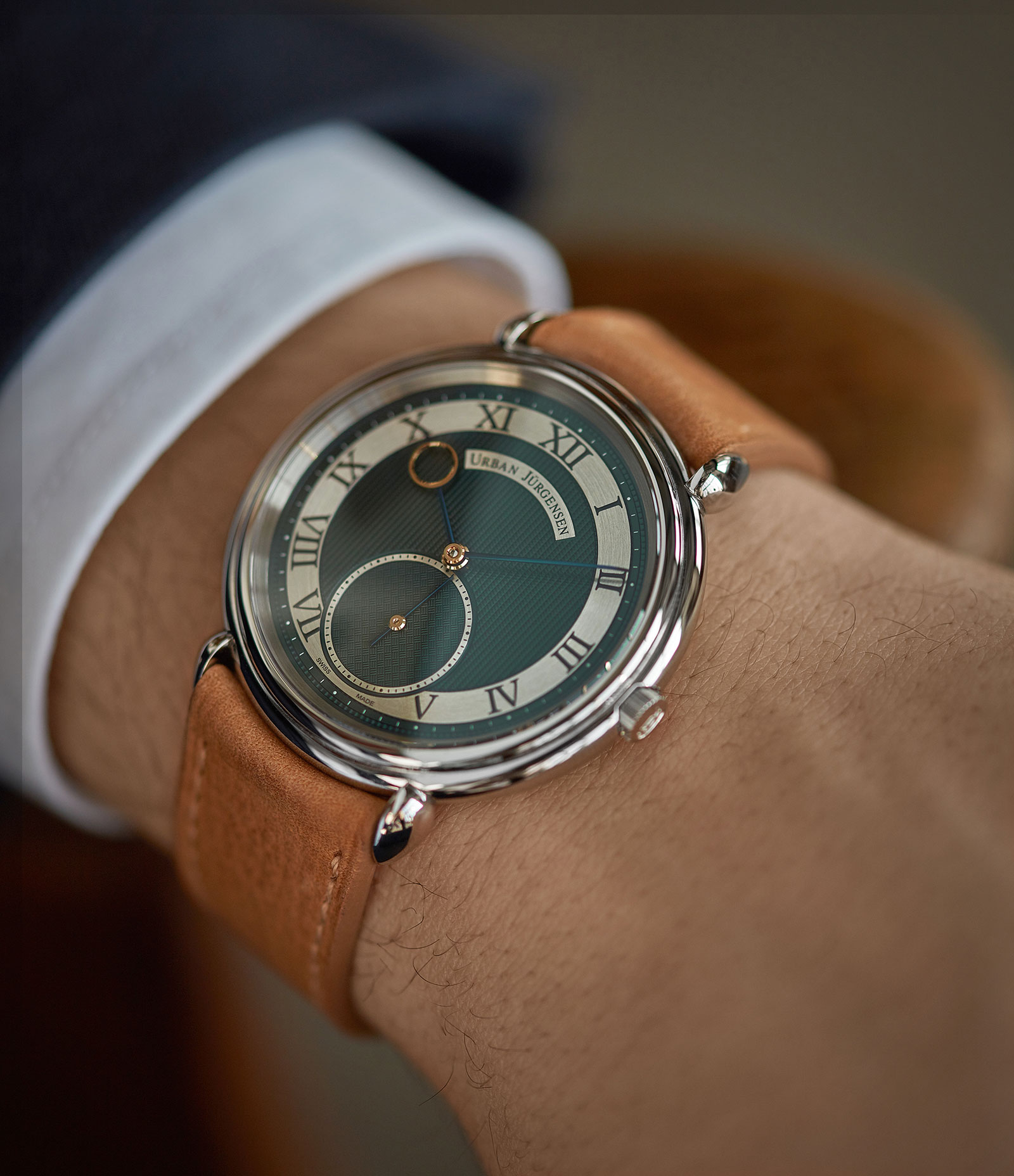 While the movement is stock in terms of technical features, it has been dressed up with a solid, 21k-gold rotor that’s engraved with barleycorn guilloche done with the same traditional method as the dial engine-turning.

A limited edition of just 10 watches, the Big 8 London Edition is available only at A Collected Man, which has pledged to donate all profits from its sale to a particularly worthy cause at this time, the Wellcome Trust, a British charity that’s one of the world’s largest backers of medical research. 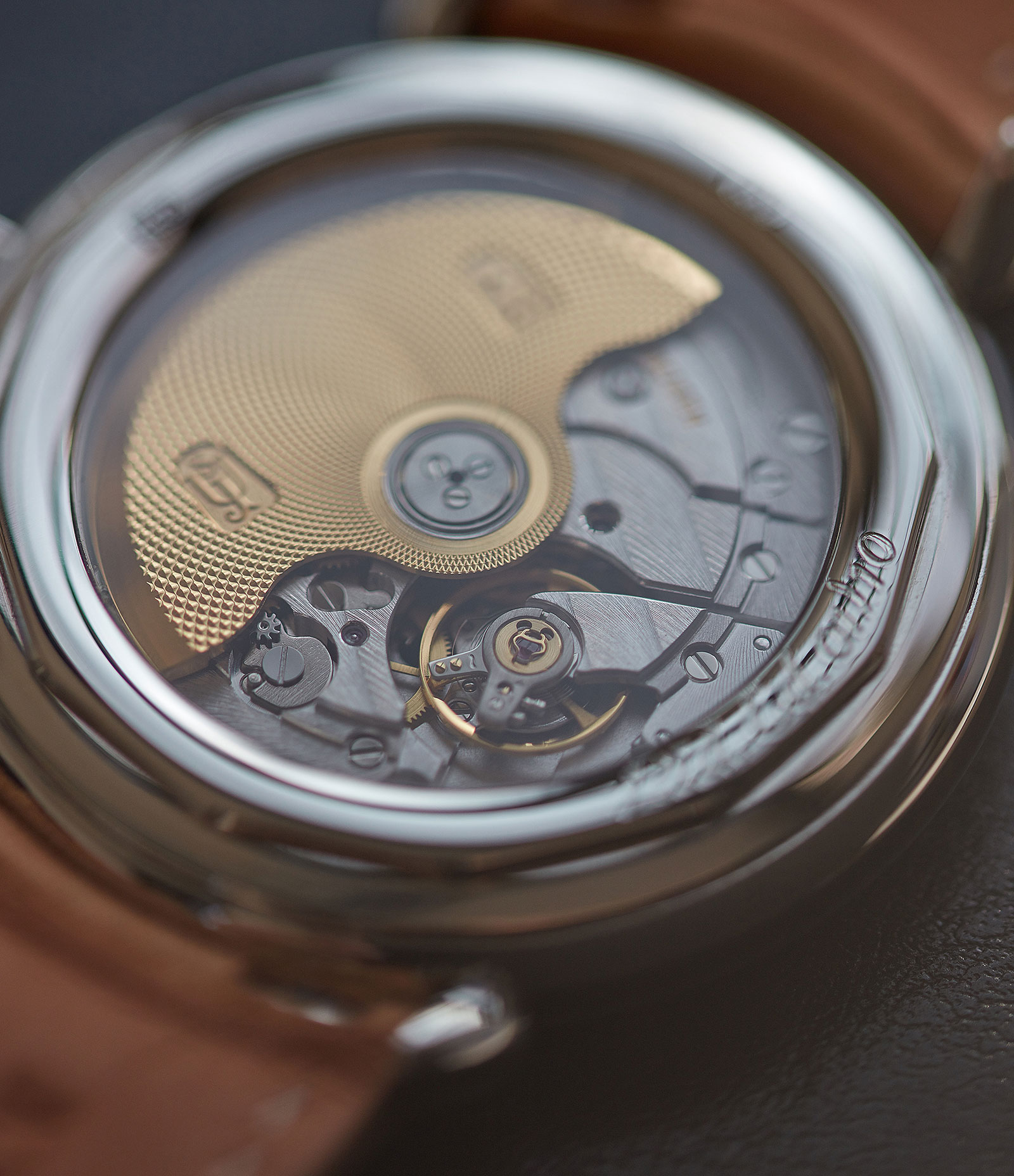 Limited edition: 10 pieces
Availability: Now, from A Collected Man
Price:£13,500 (including 20% VAT), with all profits donated to the Wellcome Trust