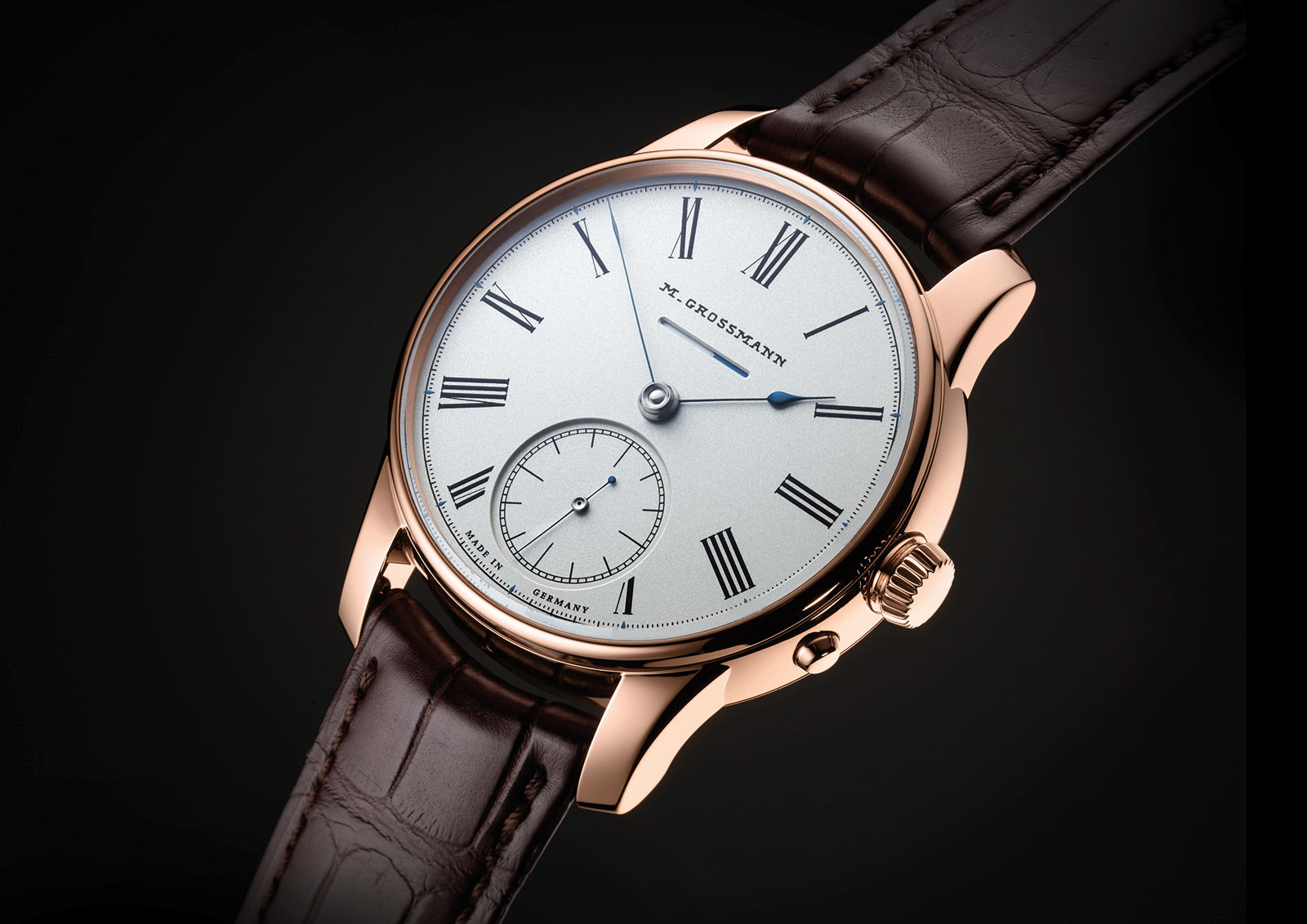 Moritz Grossmann was a grand old name in German watchmaking that was revived in 2008. Though the brand originated in the 19th century, the modern day company elected to use a modern logo. The emblem has a little arch over the letters, which unfortunately resembles the umbrella of the Citibank logo.

Never appearing completely at home with the brand’s finely constructed and highly decorated timepieces, the new logo has now been joined by the brand’s logo from 1875 that makes its debut on the new Power Reserve Vintage. 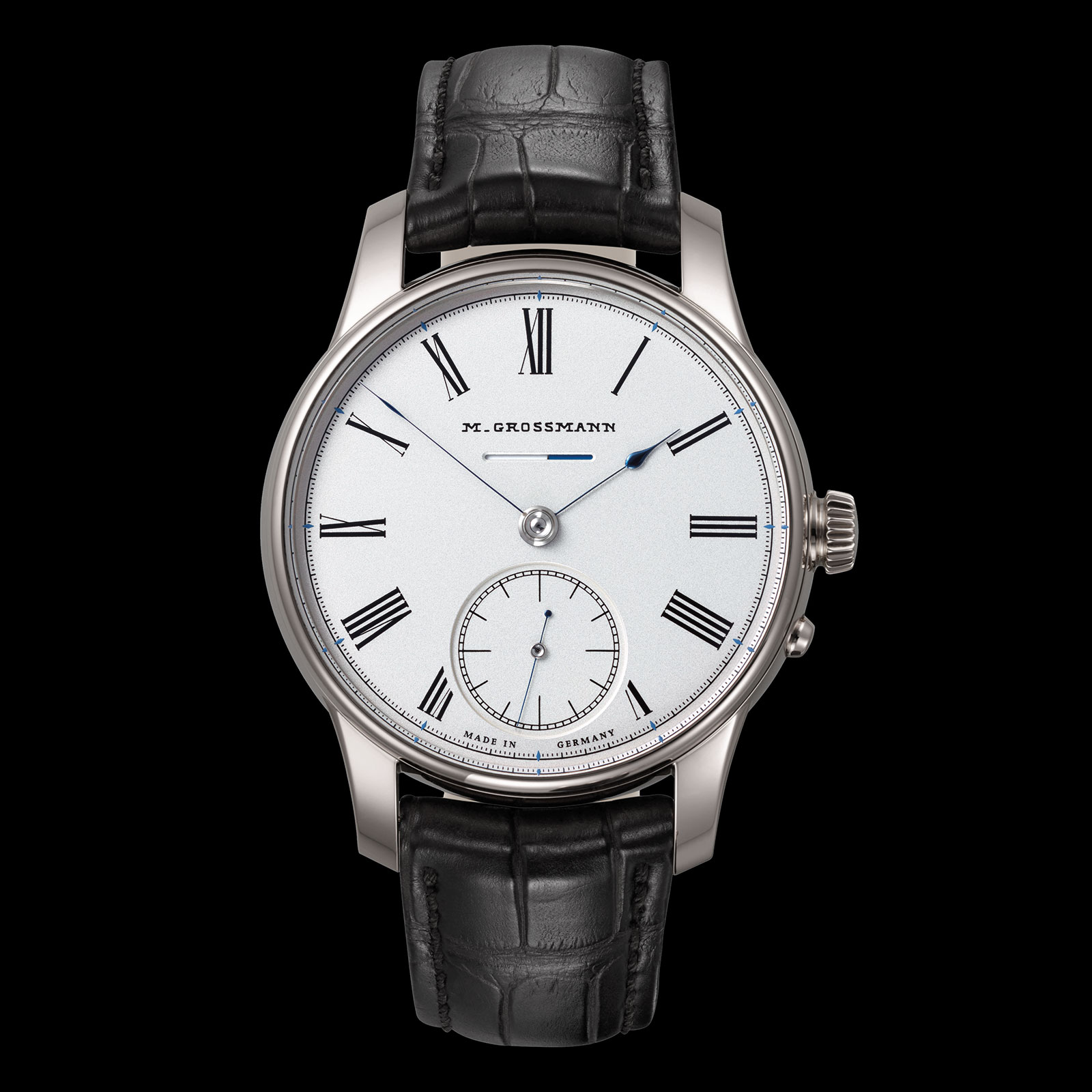 The Power Reserve Vintage is essentially a variant of the existing Benu, but dressed with new dial and hands. Modelled on typical 19th century pocket watches, the dial is solid silver with a grained surface and Roman numerals. 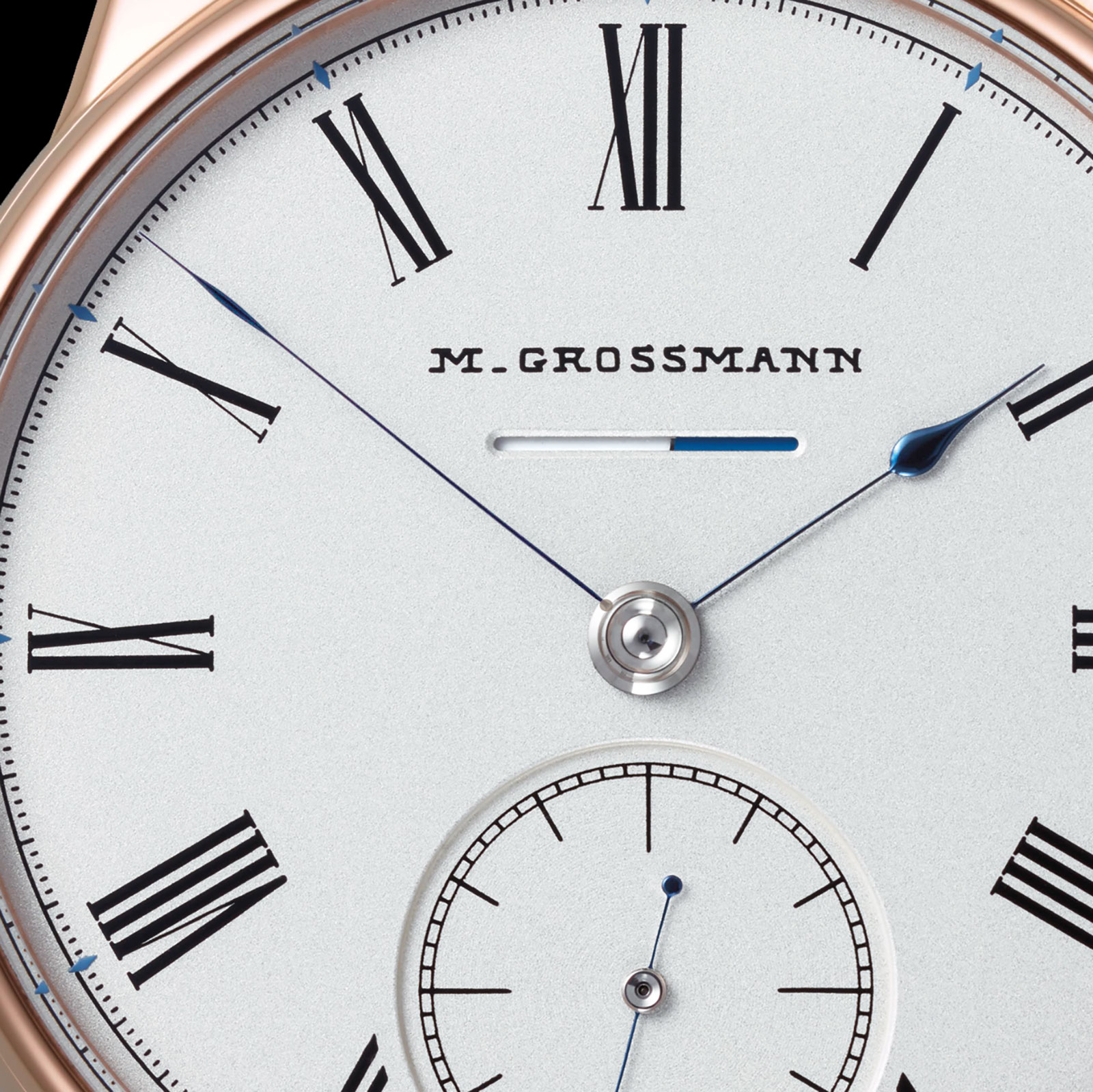 Inspired by Citibank, as seen on the Corner Stone wristwatch

Identical to the hands found on the new Hamatic automatic, the hour and minutes hands are especially fine, measuring just 0.1mm wide at their narrowest. But the seconds hand is even thinner, measuring just 0.05mm. Like all Grossmann hands, the hands are filed, polished and heat-blued by hand.

The watch is 41mm in diameter and contains the hand-wound cal. 100.2. It features Grossmann’s signature stop seconds; pulling the crown to set the time stops the seconds, while pressing the button at four restarts it. 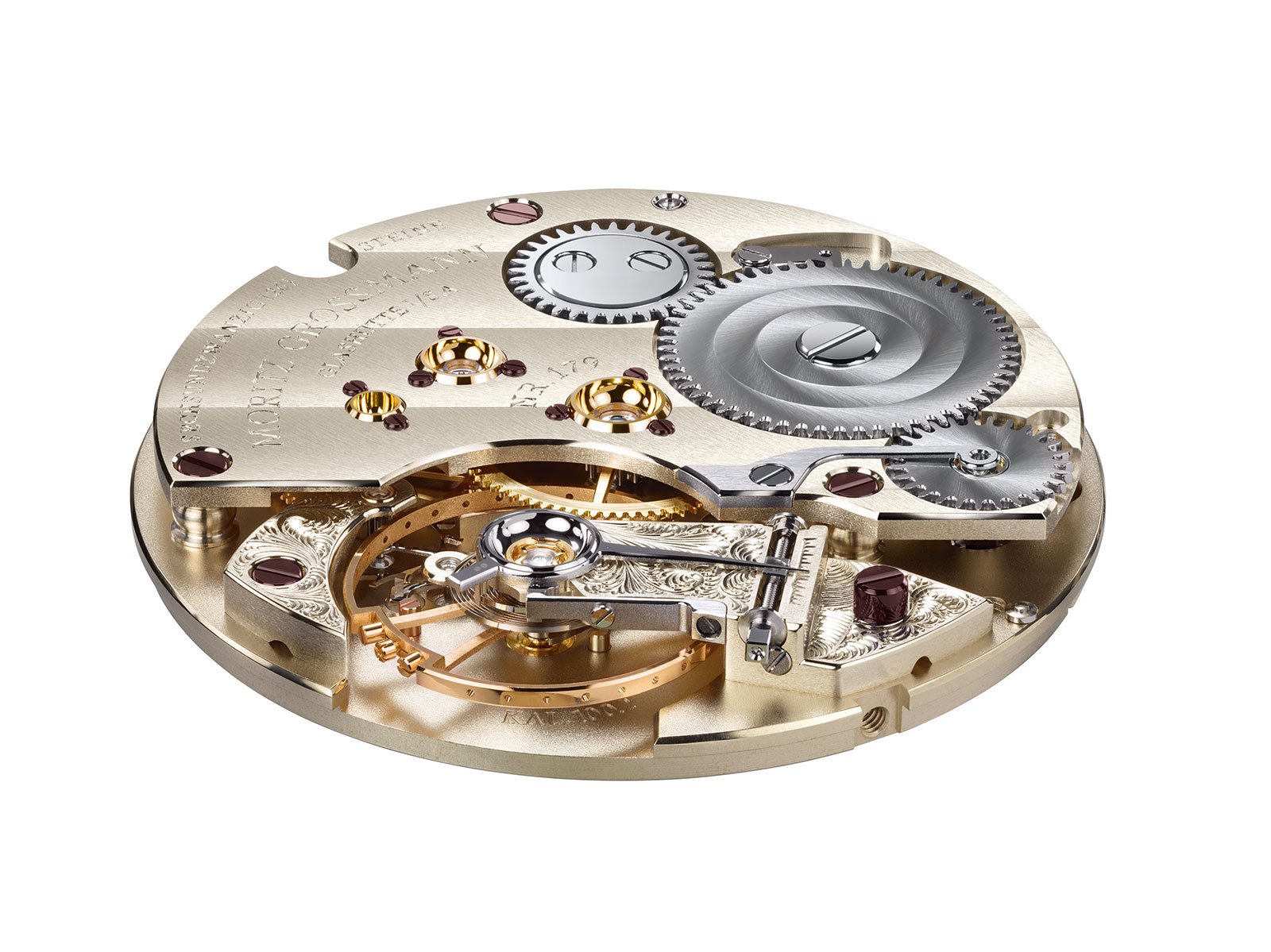