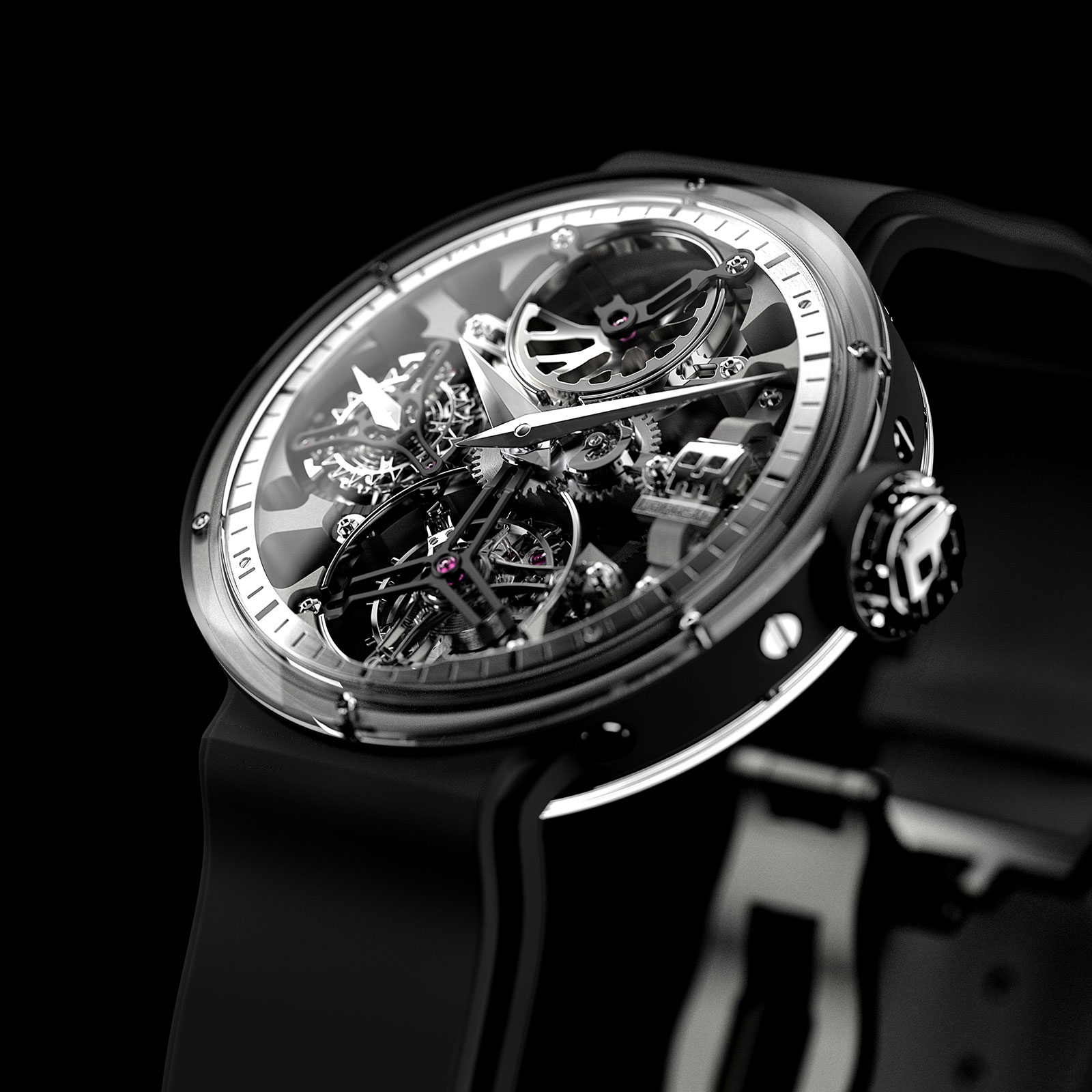 Founded by Stéphane Lacroix-Gachet, a designer whose portfolio includes watches for DeWitt, Hamilton and Rado, the company gets its name from karoshi, or 過労死, Japanese for “death from overwork”. According to the brand, it’s a nod to those who work to the limits, including Mr Lacroix-Gachet. Featuring titanium bridges and plates, the calibre inside is automatic, wound by a Pellaton mechanism and a platinum micro-rotor mounted co-axial with the barrel, and equipped with an oversized, 14mm balance wheel. The tourbillon is at six o’clock, while the deadbeat seconds at nine relies on a spring and lever to jump. The case construction is unusual: the base plate is “unibody”, meaning it also forms the case band. Gaskets and sapphire crystals are mounted on the front and back of the base plate to create the watch case. The rubber strap is also one-piece, sitting within the wide channel on the side of the base plate and secured by lateral screws. The unibody base plate Made of titanium, the case is a huge 50mm, with a highly comedic sapphire crystal that’s over 4mm high. Despite the size, the watch is only 50g.