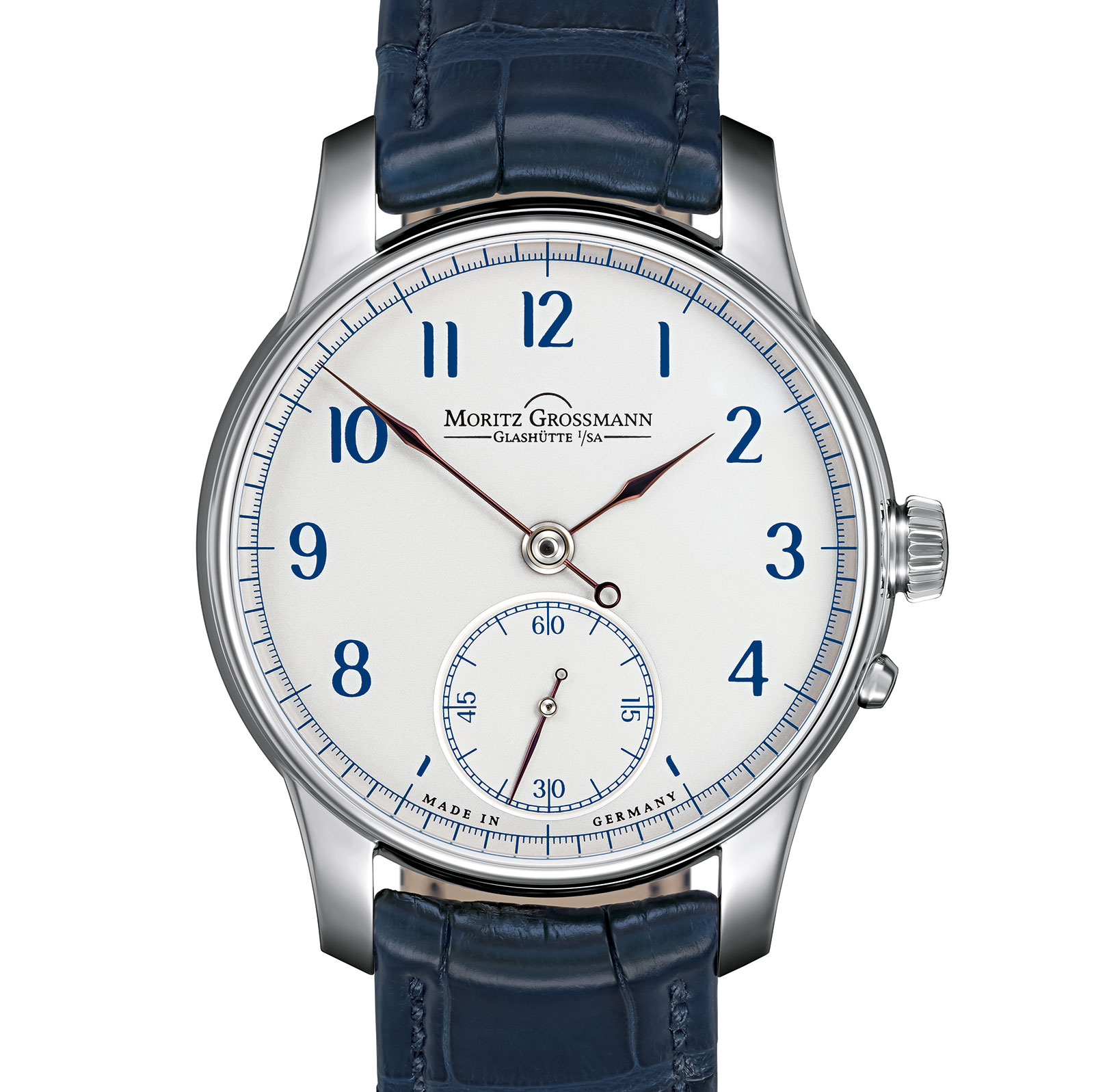 Moritz Grossmann, for the most part, produces classically inclined watches with remarkably high quality movements that have a high level of finish and detailing. The Benu Email (émail is French for “enamel”) is then typical of the brand.

It’s a limited production variant of Moritz Grossmann’s signature Benu wristwatch, with the addition of a fired grand feu enamel dial, and more unusually, a stainless steel case. The white dial is similar to that found on the Atum enamel dial limited edition, made of two parts but instead done with Arabic numerals. The numerals and minute track are available either in medium blue or black, while the hands are the brand’s trademark heat blued brown-violet. The watch is powered by the cal. 100.1, a traditionally constructed movement modelled on 19th century German pocket watches. Beyond the build quality, the movement also features Grossmann’s patented hack seconds mechanism that allows for better time synchronisation – pull the spring-loaded crown to set the time and the seconds hand stops; press the button at four o’clock to release the seconds hand. The Grossmann calibre inside the Benu Power Reserve The case is steel, explaining the relatively affordable price compared to the average precious metal Grossmann wristwatch. It is otherwise identical to the standard case, being 41mm in diameter and 11.35mm high.

And then there’s the Atum Pure Skull, which diverges from the brand’s norms. The watch is based on the Atum Pure, a condensed version of Grossmann’s watches with the cal. 201.1 movement that has the same construction and features (including the stop seconds), but minus all of the fancy finishing and flourishes. That means the bridges are still German silver, but finished mechanically with sandblasting, and the balance cock has no engraving, and so on. The model name comes from the skull on the centre of the dial that’s open-worked to reveal parts of the movement. It is an acquired taste.