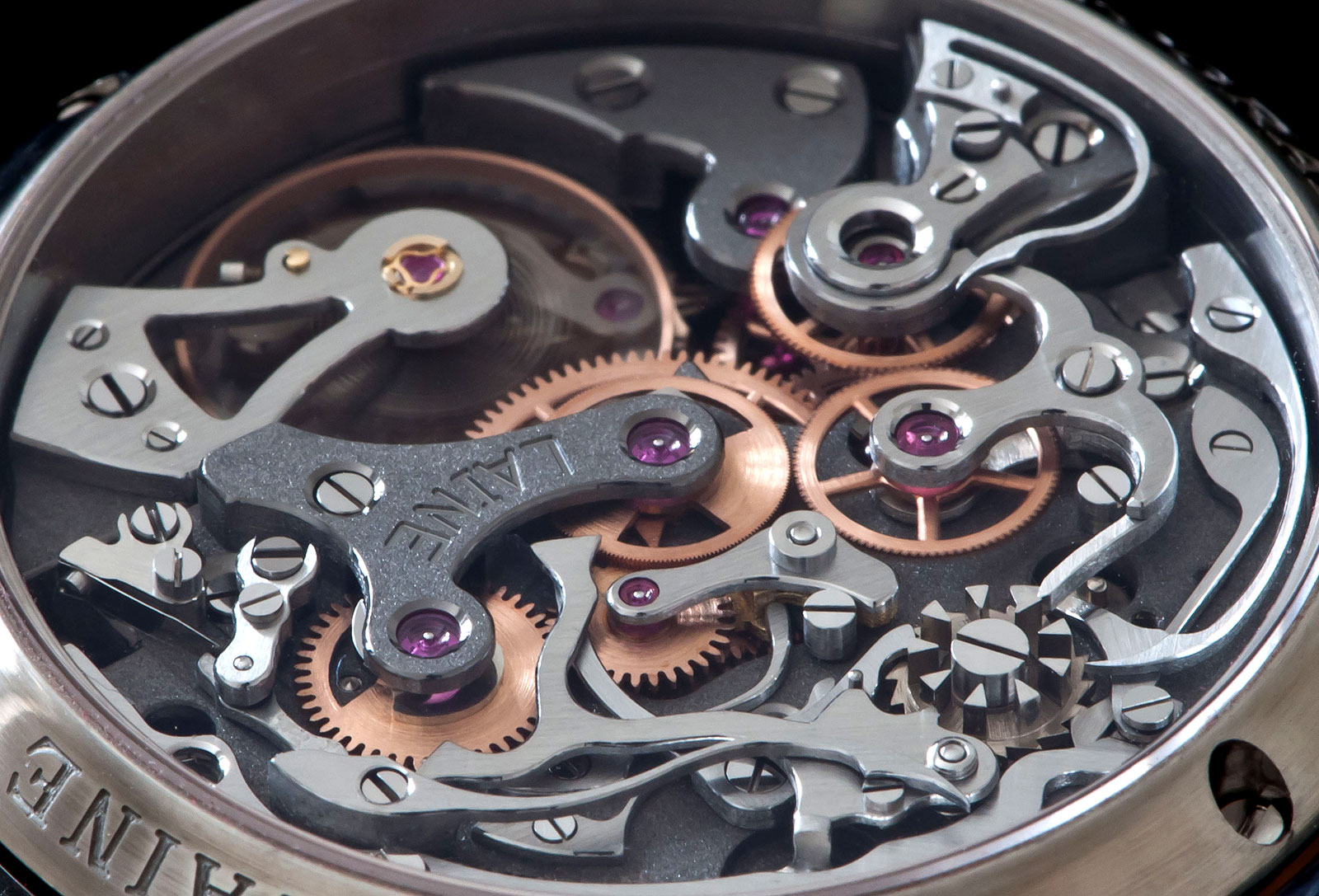 A traditionally constructed, column wheel and lateral coupling calibre, the Valjoux 22 is widely regarded as one of the best wristwatch chronograph movements, being from the same family as the Valjoux 23 and 72.

Products of the mid-20th century golden age of chronographs, these movements are found in some of the most desirable vintage chronograph wristwatches, including the Rolex Daytona “Paul Newman” (which uses the Valjoux 72) and various Patek Philippes (often equipped with a heavily upgraded Valjoux 23).

For that reason, Finnish watchmaker Torsti Laine has resurrected the Valjoux 22 for his Classic Chronograph, his first wristwatch. A 44-year old computer engineer who became a watchmaker only recently, Torsti Laine was born in Finland and learnt watchmaking at Kelloseppäkoulu, the Finnish School of Watchmaking and the same institute Kari Voutilainen studied the vocation.

Having moved to Le Locle, a historic centre of Swiss watchmaking, to practice his craft, Laine won the annual prize awarded by A. Lange & Söhne to a promising new watchmaker in 2014. His winning entry was a moon phase mechanism that also displays the Earth’s phases seen from the moon.

Laine chose the Valjoux 22 for its size – the diameter is 31.3mm – making it sufficiently large to suit a wristwatch made for modern tastes. By comparison, the Valjoux calibres 23 and 72 are just over 29mm in diameter. Though the movement inside the Classic Chronograph is essentially a vintage Valjoux 22, Laine makes 38 components from scratch, or about 15 percent of the total. These components include some of the most crucial: Laine produces the bridges, explaining their distinctive shape, as well as the free-sprung balance wheel with four adjustable masses in white gold for regulation.

Laine also finishes to the movement to a high standard, with all components correctly polished, grained or chamfered by hand. Several options for the frosted finish on the bridges and base plate are offered: dark grey, red or yellow gold, or rhodium. Similarly, the dial is also customisable in terms with 20 colour options available. The chronograph sub-dials are white lacquer and sit on raised platforms, while the hour numerals are applied. Sized appropriately for a watch with a vintage movement that’s just over 31mm wide, the case is 40mm wide and 14.1mm high. It’s available in stainless steel or red gold.

The Classic Chronograph is priced at SFr19,000 in steel, and limited to 10 pieces. It is available direct from Laine Watches.